We may all be familiar with enormously popular songs we hear on the radio or music apps, but do we know the producers behind these songs? Meet some of the richest and most famous music producers who have worked behind the scenes to bring us some of these best known songs.

David Foster is the man behind the success of a multitude of recording artists. From his early success writing and producing a lot of Chicago’s songs and albums, David Foster has gone on to producing worldwide hits like “Un-Break My Heart” sung by Toni Braxton and “Because You Loved Me” sung by Celine Dion.

Other superstars David has produced for are Josh Groban, Michael Bubble, Charice, Beyonce and Mary J Blige – a whole spectrum of different artists of different genres.

As a songwriter, David Foster has written some popular hits, like the Love Theme from St. Elmo’s Fire, All By Myself and 2018’s hit song Never Enough from the 2017 movie The Greatest Showman. Other worldwide hits include The Prayer originally sung by Celine Dion and Andreas Bocelli.

Distinguishingly, he was the chairman of Verve Records from 2012 to 2016.

A true legend, this record producer, songwriter, composer, arranger and instrumentalist is an institution in the American music industry.

He has produced some of the most notable and best artists in the world, including some of the best selling albums of all time, like Michael Jackson’s Off the Wall (1979), Thriller (1982), and Bad (1987). Other world famous artists Jones has produced and written for includes Frank Sinatra and Ray Charles.

He was also the conductor and producer of We Are the World, the 1985 charity song for famine in Ethiopia.

Apart from composing music for recording artists, Jones has also composed numerous film scores, like the theme song for The Color Purple (1985).

A truly talented and illustrious musician and producer, as of 2021, Quincy Jones is estimated to have built himself a net worth of over $500 million.

Babyface is listed on the New Musical Express a British music, film and culture website as number 20 of the top 50 Greatest Producers Ever list.

As of 2021, Kenneth Brian Edmonds is estimated to have a personal fortune of $200 million.

You can call his music campy and kitsch, but Burt Bacharach is considered one of the most important composers of popular music int eh 20th century.

He has written and produced for almost every prominent music artist and for much of his own works, which are by themselves legendary. Famously, Burt Bacharach wrote and produced much of Dionne Warwick’s albums. Together with his lyricists Hal David, they have also composed Academy Award winning film scores like the score for Butch Cassidy and the Sundance Kid (1969) and also the classic Raindrops Keep Fallin’ on My Head, a song from the 1969 film, and Best Thing You Can Do for the movie Arthur (1981).

He was the youngest ever record label owner at the age of 21 when he co-founded the label Philles Record in 1960.

In the 1960, he wrote and produced artists like Ronettes, the Crystals and Ke & Tina Turner. In the late 60s, he returned after a brief period of retirement to produce the Beatles album Lt it Be Me in 1970. He went on to produce for John Lennon when the Beatles broke up and for George Harrison as well. By the 70s, Phil Spector had produced more US top singles than any other producer, and had also worked with Leonard Cohen, Dion DiMucci and the Ramones.

Unfortunately, Spector became inactive throughout the 80s, 90s and in 2003, he was convicted of the murder of Lana Clarkson. He’s expected to be eligible for parole in 2024.

As of 2021, Phil Spector is thought to have accumulated about $30 million in net worth, notwithstanding.

Everybody knows Simon Cowell to be the blunt but honest judge on American Idol, the X-Factor and Britain’s Got Talent, among other talent shows.

Cowell started his music career working for EMI but left with his boss to E&S Music. He later formed Fanfare Records with Iain Burton selling exercise records and music from fusion acts. After moving to BMG, Cowell started S Records within BMG and got his breakthrough when he persuaded two actors to record the song Unchained Melody under S Records.

From there, he signed on Westlife, and even the Teletubbies. By the time he became a judge on the various talent shows he and creator Simon Fuller had successfully pitched to ITV to broadcast, he had a perfect platform to sign on the winners of the talent shows to his record label.

As of 2021, this obviously talent record producer is estimated to have a net worth of $500 million.

Rick Rubin dabbled with record producing even in his University days. He founded Def Jam Records when he was still in New York University in 1984. Later, he learned about Hip Hop productions and together with Russell Simmons, a concert promoter and artist manager, they produced LL Cool J’s I Need a Beat.

Rubin and Simmons would go on to produce more hip-hop acts and the signing on of the Beastie Boys around 1985 and The Cult in 1987. Rubin then parted ways with Simmons in 1988 when Rubin left for Los Angeles to start Def American Recordings which later became just American Recordings.

From 2007 to 2012, Rubin was co-head of Columbia Records. After Columbia, Rubin revived American Recordings. During his time at Columbia, he produced Adele, and won a Grammy for Album of the Year as a producer for Adele’s album 21.

A hip-hop artist himself, Dr. Dre solo debut the Chronic released in 1992 under his own Death Row Records made him one of the best-selling American music artists of 1993.

From the 2000s, he started to produce more for other artists, including Eminem, 50 Cents, 2Pac, the D.O.C., Snoop Dogg, Xzibit, Knoc-turn’al, the Game, Kendrick Lamar, and Anderson Paak.

He has won six Grammy Awards, including Producer of the Year; Non-Classical. As of 2021, he is thought to be worth well over $800 million, and could well be the next billionaire hip-hop musician.

Born in Zambia, Robert Lange or Mutt is a South African record producer and songwriter.

He is best known for innovations in multitrack recording and producing many of rock’s most famous albums.

He also wrote and produced songs with his ex-wife, Canadian singer Shania Twain. Her 1997 album Come On Over, which he produced, remains one of the best-selling country music albums.

He coined the term “rhythm and blues” and produced some of the biggest acts of all time like Ray Charles, Aretha Franklin, Led Zeppelin, Dusty Springfield and Bob Dylan.

Wexler became a partner in Atlantic Records in 1953 and produced some of the best classic recordings of artists like Ray Charles, the Drifters, and Ruth Brown.

Of the modern-day pop stars, Wexler is known for working with George Michael, and one of the early recordings he produced was George Michael’s Careless Whispers.

Timbaland has received widespread acclaim for his production style. In 2007, Entertainment Weekly stated that “just about every current pop trend can be traced back to him — from sultry, urban-edged R&B songstresses … to the art of incorporating avant-garde sounds into No. 1 hits.”

As of 2021, Timbaland is thought to have a personal fortune of $85 million.

Referred to as the fifth Beatle, George Martin was known to have been extensively involved in each of the Beatles’ original albums.

Martin’s career spanned over 6 decades, having produced for numerous artists, as well as composing his own work and producing film scores.

Martin was the producer for the theme song of the James Bond franchise Goldfinger sung by Shirley Bassey and Let and Let Die by Paul McCartney and Wings for the film of the same name, having also produced the film’s score. 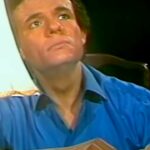 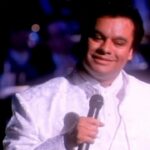