How much is Dakota Fanning worth?

Most of us got to know Dakota as a tiny seven-year-old, fighting to stay with her developmentally disabled dad in I Am Sam. But she’s since grown into lady starring in vixenish roles in The Runaways and The Twilight Saga.

Who Is Dakota Fanning

While most kids were easing into elementary school, Dakota Fanning was sharing the big screen with Sean Penn. While most kids were preparing for middle school, Dakota was the youngest member of the Academy of Motion Picture Arts and Sciences casting a ballot for who should take home an Oscar in 2007. The world got to see Fanning grow up through the years in unorthodox fashion, but she’s managed to keep it together and avoid the scandals that plague other kids growing up in the spotlight.

Dakota Fanning is an actress who has a net worth ballparked at $15 million dollars, as of 2021.

Hannah Dakota Fanning grew up the daughter of professional athletes—a tennis player mother and baseball player father—in Georgia. As a five-year-old, she made up her mind to become an actress and proved it by getting cast in a Tide commercial. It was enough to get her family pick up and moved to Hollywood to support Dakota’s career.

She guest starred on several primetime shows like ER and Ally McBeal before the world got its first real glimpse of the perky blonde when she tackled a heavy role in 2001’s I Am Sam alongside Hollywood heavyweight Penn. Her portrayal of a young girl fighting to stay under the care of her developmentally disabled father made Dakota the youngest star to ever be nominated for a Screen Actors Guild Award.

From there, her success rose at a breakneck pace with roles in the live-action adaptation of Dr. Seuss’s classic The Cat in the Hat, Man on Fire with Denzel Washington, Hide and Seek alongside Robert De Niro and Steven Spielberg’s War of the Worlds as Tom Cruise’s daughter. By the time she was 13, she had already starred with the Who’s Who of Hollywood’s A-list.

From Child Start To Vamp

In 2007, as a 13-year-old, Dakota tried to break away from her “child actor” label when she starred in Hounddog, a film that sparked outrage thanks to a scene where she is raped. It didn’t depict the actual rape, but the allusion was disturbing enough, and even though the film was a critical and commercial flop, it served its purpose in that fans never saw Dakota the same way ever again.

Her transition to mature roles continued with The Secret Life of Bees (2008), the sci-fi action-thriller Push (2009) and two very different roles, both alongside Kristen Stewart—The Runaways, a biopic of Joan Jett and Cherie Currie, and the vampire franchise The Twilight Saga: New Moon.

The young starlet has successfully started to shed her precocious child star image and tackle more adult fare including becoming a part of the Twilight phenomenon as an evil vampire. She’s also somehow immune to the downsides that seem to come with young fame. Living in the public eye has clearly not made her a villain amongst her peers—Dakota was crowned North Hollywood high school’s homecoming queen two years in a row.

Defining Quote “I just love it. I love the feeling I get when I’m on a set; I love reading the scripts, playing the characters, getting to be someone else. I love every aspect of it, I really, really do.” 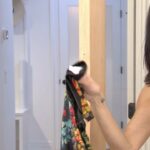 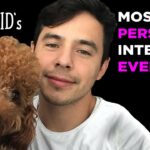