How much is Kenny Lattimore worth?

Kenny Lattimore grew up in a musical family in the Washington, D.C. area and was singing from an early age. As his family was supportive of his efforts, he was entered into junior-high talent shows and singing competitions earning confidence and winning performances. He attended high school at Eleanor Roosevelt High School in Greenbelt, Maryland. For a while he considered that he may become an architect or be involved in city planning. He studied at Howard University however soon after became lead singer of the R&B group, Maniquin.

American singer-songwriter Kenny Lattimore has an estimated net worth of $1 million dollars, as of 2022. Lattimore’s self-titled debut album was certified Gold by the RIAA.

He moved to Los Angeles in 1993 and for a time was supporting himself by accruing credit card debt. With the group, Kenny was involved in the release of an album with the lead single “I Wanna Ride”. However, despite the developments made, Maniquin didn’t go anywhere and instead Kenny decided to try and make it as a solo artist. After investing much of his time in songwriting, some of his songs were licensed to other singers including Glenn Jones and Jon Lucien. With some success as a songwriter, Kenny relocated to New York City where he signed a solo recording deal with Columbia Records. He released his self-titled debut album, in 1996.

With over half a million copies sold, the album was certified Gold by the RIAA. The hit single “Never Too Busy” and the wedding song “For You,” were the foundation of the albums success. His sophomore album From the Soul of a Man was released in 1998, and Weekend in 2001. Despite it reinventing his image and giving him a reputation as a smooth ladies’ man, the albums were not met with commercial success.

After marrying Chante Moore in 2002, and taking a short hiatus, the couple recorded a duet album before transitioning back into their solo careers. Kenny released Timeless in 2008, and Anatomy of a Love Song in 2015, Vulnerable in 2017 and Here to Stay in 2021.

Kenny Lattimore’s self-titled debut album went Gold after selling over 500,000 copies. Since then, while he has not been able to repeat that success, he has been prolific with his music releases and also earned from his appearances. In total, Kenny Lattimore has earned estimated total career income of around $3.5 million dollars.

Of that amount, $200,000 or so is expected to have been paid in business related costs. The remainder, $3.3 million, will have been taxed at a rate of around 42% as Lattimore has been residing between the states of Maryland, California and New York. He also earned much of his income over years after releasing albums, and not so much in others. After tax, it is estimated that his career earnings are at around $1.91 million dollars, having paid $1.39 million dollars in taxes.

In the early 2000s, Kenny began dating R&B vocalist Chante Moore and they married in a private ceremony in Jamaica in 2002. They divorced nine years later but it is likely that any amount exchanged between the two parties is negligible as they had similar earnings. Kenny married Faith Jenkins in 2020 and they remain together.

In his personal life, Kenny Lattimore has likely spent around $800,000 of his career earnings but also probably possesses assets valued at around $75,000, not including investment assets. In his investments, he may have earned investment returns of $250,000. Therefore, it is estimated that Kenny Lattimore has a net worth of over $1 million dollars.

Kenny Lattimore became known for his low-key and romantic R&B ballads as well as a reputation for being a ladies’ man. After his marriage to Chante Moore and recording together, he released four more albums including Here to Stay in 2021. 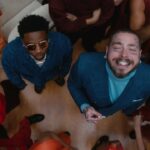 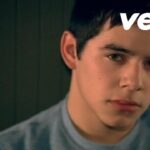