How much is Andrew Luck worth?

Andrew Luck was born in Washington, D.C. on September 12, 1989 to Kathy and Oliver Luck. He is a retired professional football player formerly playing in the NFL. His father was also an NFL quarterback having played for the Houston Oilers.

Luck spent the early years of his childhood in London and Germany as his father was the general manager of two World League of American Football teams. He is the oldest of four children, he has a little brother and two younger sisters.

The Luck family moved around more than most due to Oliver Luck’s business endeavors. After becoming president of the World League of American Football, the Luck’s later moved to Texas because of a new job. Andrew’s father was selected to be the CEO of Sports Authority in Houston, Texas.

Former American football quarterback Andrew Luck has an estimated net worth of $35 million dollars, as of 2023. Luck played in the NFL for seven seasons with the Indianapolis Colts.

Stratford High School is where Luck established himself as one of the most highly touted recruits in history. Andrew passed for 7,139 yards and 53 touchdowns for his prep football career. He drew interest from multiple NCAA programs, however he decided to sign with Stanford in 2008.

A 6’4″, the 210 lb strong-arm signal-caller, Luck played for Stanford and coach Jim Harbaugh from 2008 to 2011. Andrew Luck became the first freshmen quarterback to ever start for Stanford after redshirting in 2008.

Andrew Luck had a historically amazing college football career. Despite leading a run-heavy offense, Luck still managed to throw for 2,575 yards. Feeling more comfortable in his sophomore year, Luck fell just short of 3,000 passing yards for the 2010 season. He led the team to an impressive win over No. 10 ranked Oregon with a dynamic performance.

Andrew also helped power the Cardinal to the Sun Bowl as the team finished the season strong. Unfortunately, Luck injured his finger and missed the Sun Bowl due to surgery.

Luck’s football career was on the rise and held great promise going into the 2011 season. He was viewed as one of the greatest prospects in the history of all professional sports. After finishing the 2011 season as the runner-up to Heisman Trophy winner Robert Griffin III, Luck was drafted by the Colts No. 1 overall. The Indianapolis Colts traded legendary MVP, Peyton Manning, to the Denver Broncos to make room for Luck in 2012.

Andrew Luck earned just over $109 million in NFL earnings from his seven seasons. As the number one overall pick, Luck’s rookie contract was worth $22.1 million with an average salary of $5.5 million. His rookie contract expired in 2016.

Andrew Luck was one of the highest-paid quarterbacks in the league in 2016. Following the 2016 season, Luck signed a new 5-year, $122.9 million contract with the Colts. The deal included a $32 million signing bonus and had an average salary of $24.5 million.

The Colts were happy to have Luck at quarterback. He led them to the AFC playoffs in each of his first three seasons. Andrew was chosen to participate in the Pro Bowl each of those years. In 2014, Luck set career highs in touchdowns (40) and yards (4,761).

With a cannon for an arm, Andrew’s deep-ball accuracy was a thing of beauty. Many of his touchdowns and long bombs were connections with speedy receiver T.Y. Hilton. A fierce competitor, Luck orchestrated 16 comebacks and 20 game-winning drives in his career.

Andrew Luck sigedn an endorsment deal with Nike joining their team of star athletes to represent the brand. Along with his other endorsements like BodyArmor, TD Ameritrade, Panini, and DirecTV, Luck made as much as $50 million dollars per year in 2016, 2017 and 2018.

Unfortunately for Andrew, his team and his fans, he made a very surprising announcement of retirement on August 24, 2019. Only a few people close to him knew of his persistent injuries and that it was in his best interest to quit while he was ahead in a sport which has left many permanently injured. In doing so Andrew Luck gave up almost $60 million dollars from his current contract from his early retirement. Plus it’s estimated that he gave up as much as $500 million in future earnings.

Much of what contributes to Andrew Luck’s success is that his father also played quarterback professionally. Additionally, Oliver Luck was also a head coach for a significant period of time at the University of West Virginia. If the rich gene pool didn’t tip the scales in his favor enough, his dad’s mentorship gave him the extra nudge.

Unfortunately, Luck suffered a season-ending shoulder injury in 2015 that required surgery. Having been sacked an unprecedented, league-leading 41 times his rookie year, he would continue taking a beating. After returning from the shoulder injury, Luck proceeded to be sacked 41 times again in 2016.

The Colts didn’t make much of an effort to protect and support Luck during his career. The team’s lackluster and porous run game was additional evidence that they had terrible offensive lines. The Colt’s struggles to keep Luck upright also caused him to lacerate his kidney earlier in his career.

Shortly before the start of the 2019 season, Andrew Luck announced his retirement from the NFL due to persistent injuries. The move was a shocking one since Luck was only 29 years old. His retirement from the game was met with a mixed bag of reactions. Some people criticized his decision, while others understood the continued pain and punishment was unbearable.

Jim Irsay, the owner of the Indianapolis Colts, likely made Luck’s decision easier by publicly dismissing the severity of his injuries. At the time, he was sidelined for the entire 2017 season with the 2015 shoulder injury returning.

Was Andrew Luck a gifted and phenomenally talented quarterback? Absolutely. It’s a shame the better part of his fame came about for the wrong reasons.

While possibly an unfair injustice, Andrew Luck will be remembered for quitting on his career. Retiring at 29 because of what he said was “Feeling stuck in a cycle of pain”, will be part of his legacy. Most fans will recall Luck as a guy that forfeited a probable Hall of Fame career due to recurring injuries. Many say he should have pursued a trade to another team with a better offensive line before resorting to early retirement.

In regards to potential NFL earnings, the decision was essential enough for him to walk away from a possible few hundred million dollars too. It just goes to show, sometimes what’s best for one’s self and family is more important than a profession. 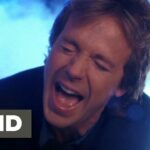 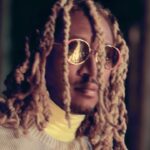