How much is Chris Daughtry worth?

He’s the frontman of his band Daughtry and an American Idol alum who has stolen the hearts of his fans on and off the show.

Who Is Chris Daughtry

Rocker, singer, songwriter Chris Daughtry owes his success as a musician to the career-making machine of reality TV. Just like Idol loser, Oscar winner Jennifer Hudson, Daughtry has made American Idol history as one of the most successful losers from the show.

We calculate Chris Daughtry has a net worth of $10 million dollars, as of 2021.

Hailing from North Carolina, Chris Daughtry developed a serious interest in music around the age of 16 when he began taking guitar lessons and discovered a talent for singing. In high school, Daughtry began playing in two bands, performing lead vocals and rhythm guitar—one of which, an alternative Christian rock band called Absent Element, released an album in 2005, Uprooted. Even though the band kept a local following, it was still not enough for Chris.

Chris decided to seek out fame by way of reality television singing contests. He first auditioned for Rock Star: INXS, but was rejected before the show even began. In 2006, Daughtry took a chance and tried out for the wildly popular American Idol and made it onto the show’s fifth season. With his rock-infused vocals and good looks, Daughtry charmed his way up to the final four as a favorite amongst audiences. Even still, Ryan Seacrest delivered the shocking news of his elimination before he made it to the final three and Daughtry was forced to move on.

Daughtry’s reputation as the show’s unexpected reject won him a lot of attention. The rock band Fuel, then missing a frontman, aggressively tried to recruit Daughtry as their lead singer. As flattered as he was by their offer, Daughtry declined their invitation with aspirations to turn his newfound popularity into his own band.

Not long after his elimination, Chris signed with RCA records/19 Entertainment group and immediately began working on a self-titled album for his eponymous band, Daughtry. After its release in November 2006, the album skyrocketed to number one on the Billboard charts, becoming the fastest-selling debut album ever. As an eliminated contestant, Daughtry was able to join past American Idol winners Carrie Underwood and Kelly Clarkson on the hits list. The band was nominated for four awards at the 50th annual Grammy Awards, including Best Rock Album and Best Rock song for ‘It’s Not Over.’

Keeping with the same chorus-driven trends of his first album, Daughtry released a sophomore effort, Leave This Town, in 2009. Teetering on the genre boundaries of country and rock, Daughtry’s second album climbed to the top of the charts, leaving yet another mark in the American Idol history books as the only contestant to have two consecutive number one albums. That same year, Daughtry gained enormous internet fame when his cover of Lady Gaga’s ‘Poker Face’ spawned millions of views.

Offstage, Daughtry is a proud family man. In 2000, he married Deanna Daughtry after the birth of their first child together. Due to a partial hysterectomy, Daughtry’s wife is unable to have more children naturally, but in 2010, the couple had twins, which were conceived through gestational surrogacy. With his wife’s daughter from a previous marriage, the couple has a total of four children.

Daughtry’s simple and sensitive demeanor balances out his bad boy rocker image, offering his fans just enough complexity to make up for his relatively formulaic music. If there’s one thing that Daughtry has taught us it’s that you don’t have to lose a load of weight to make it as a famous reality show loser.

Defining Quote “What I learned very early on in this business [is] if you surround yourself with good people and your family, you’ll always be who you are.” 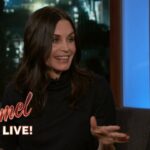 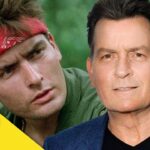