How much is Soulja Boy worth?

Who Is Soulja Boy

Soulja Boy is an American rapper, music producer, actor, and entrepreneur. He was born on July 28, 1990, under the real name of DeAndre Cortez Way. He began his musical career at an early age but expanded into other ventures such as fashion design, PC and console game production, acting, and a personal record label. His interest in rap music manifested at the age of six after moving to Atlanta. Despite being an already established music, Soulja Boy was involved in constant scandals and even served a prison sentence.

American rapper Soulja Boy has a net worth of $30 million dollars, as of 2021. He makes an estimated $5 million dollars per year from his music career.

How Did Soulja Boy Get So Rich?

According to Forbes, Soulja Boy has a net worth of $30 million. He was placed amongst Forbes’ Hip-Hop Cash Kings list. In 2016 alone, he earned $7 million just from touring. While the music was what kickstarted his career, Soulja Boy makes a lot of money from his other ventures as well.

In 2016, Soulja Boy signed a deal with World Poker Fund Holdings. The details of the deal were not made public. Some speculate that the deal was worth $400 million while others claim it was around $1 million. His influence was the main reason why World Poker Fund chose Soulja Boy to endorse their events.

Another source of revenue is his guest appearances. Major brands such as Gucci advertise their new men`s collections using celebrities. Soulja Boy gets constant deals to represent various brands or appear wearing their products. At the same time, he had his clothing line. SOD clothing experienced a brief moment of success during the early days but ceased selling products to the public in late 2012. In 2012 he released two new lines of clothing and opened a brick and mortar store in Los Angeles. The store focused on streetwear but mostly on Soulja Boy`s clothing lines.

While not significant, Soulja Boy was also paid for his appearances in several movies from 2009 to 2013. Following 2013, the artist did not announce any other movie appearances.

Lastly, Soulja Boy founded his record label. He started Stacks on Deck Entertainment in 2004. While it did not manage to attract too many artists, the label still exists and continues to sign deals with new artists.

Soulja Boy moved to Mississippi at the age of 14. That was the moment when he started chasing a career in rap music. He started uploading his music to sites such as SoundClick in 2005. He used sites such as YouTube and MySpace to promote his music. Just two years later, Interscope Records noticed his talent as a young artist and offered him a contract. It was the same year when he would get world recognition. His debut single “Crank That” rose to No.1 on the U.S. Billboard Hot 100 and it was the first time in 20 years when an artist of his age would write, produce and perform a song that would reach the top position.

Even if his subsequent releases would not rise to the fame of his debut single, Soulja Boy establish himself as an artist with just one song. He maintained a significant following and continues to produce music to this day.

His fame is also a direct result of his constant involvement in various scandals. He was sentenced to 24 months of probation in December 2014 for carrying a loaded firearm in public. Soulja Boy continued to have different encounters with law enforcement and he even served time for violating probation. His reputation as a rap artist benefited from such controversy and the publicity received kept him in the spotlight. It also propelled him into expanding his activity beyond music and venturing into fashion design which was quickly embraced by his followers. He even landed a few acting roles despite his lack of professional training as an actor.

Soulja Boy did not shy away from public feuds with various other public personalities on social media. He even accepted to find another internet personality in a boxing match. The fight was eventually canceled. His notoriety benefited greatly from the scandals he got himself involved in. The latest criticism comes from his 2018 attempt to release a gaming console wearing his name. It turned out to be a flop as it was ill-received even by his fans which considered overpriced and a clone of Nintendo handheld games.

Soulja Boy established himself as a rap artist from a young age. He had one Platinum and a Gold album, proving his skill and talent earl on. He has since had multiple collaborations with various artists, including Nicki Minaj, and made the most out of social media to expand his following. The artist frequently mentioned that social media can be a powerful tool and he used it heavily to grow his influence, fan base, and attract deals with brands and businesses. In simple words, most of his success can be attributed to his talent as a rap artist and his use of social media.

While his entrepreneurship skill did not materialize into large empires, Soulja Boy managed to become and remain successful as an artist. This also secured him financial success as today, it is estimated that he makes over $5 million a year from music, royalties, and all his other ventures.

Soulja Boy, like most other rappers, is a controversial figure. He does not shy away from scandals and makes use of social media to promote his brand. His approach netted him millions in deals with well-established fashion brands and guest appearances. Besides his music career, the artist tried his luck in several ventures but his biggest source of income is attributed to his musical albums.

For many of the fans of rap music, Soulja Boy may seem like an unlikeable person. For his fans, the behavior of the artist appears to not have any negative impact. He benefits from both negative and positive publicity. Music is still his biggest source of income and it all started with his debut single that received critical acclaim. His biggest life achievement has been this first single that made him the youngest artist to write and perform a single that reached No.1 on the U.S. Billboard Hot 100 in over 20 years. It is also what kickstarted his career, brought him fame, and a lot of money. 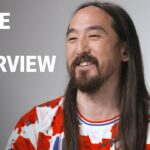