How much is Nicolas Cage worth?

On the silver screen in commercial blockbusters like National Treasure and The Rock and independent classics like Raising Arizona and Wild at Heart.

Who Is Nicolas Cage

Nicolas Cage is an endangered species in Hollywood. He’s one of those rare actors who can successfully transition from action star to indie provocateur to rom-com heart-breaker, all with his unique energy. That explains why he’s also one of Hollywood’s highest paid actors, earning $40 million in 2009, according to Forbes magazine.

American actor Nicolas Cage has a net worth of only $25 million dollars, as of 2021. Which is surprising because Nic Cage has earned over $200 million from his acting career.

Artistry Is In His Blood

Cage was born Nicolas Kim Coppola into a multi-talented, artistic family so it’s no wonder he became the diverse acting powerhouse he is today. His paternal grandfather was a composer, his paternal grandmother was an actress, his mother was a dancer and his father was a literature professor. His extended family only ups the ante—his uncle is legendary film director Francis Ford Coppola, his aunt is Talia Shire and he is cousins with Sofia Coppola and Jason Schwartzman.

From Indie To Blockbuster

In 1980, he landed his first movie role as an extra in Brubaker, and he has been churning out commercial hits and independent features ever since. He has released a new film almost every year including blockbusters like Moonstruck, The Rock, Gone in 60 Seconds and National Treasure. But it was his turn in the 1995 independent drama Leaving Las Vegas as a desperate alcoholic determined to drink himself to death that got him recognition as a true actor’s actor. He received an Academy Award and a Golden Globe for the role. He was nominated for a Best Actor Oscar again in the 2002 film Adaptation, in which he played dual roles of screenwriter Charlie Kaufman and his imaginary twin brother Donald Kaufman.

But Cage hasn’t been immune to his share of flops. His career lost some steam following National Treasure when he released a string of failed films including Lord of War, The Weather Man and The Wicker Man. In 2007, he starred in Ghost Rider, which fared well in the box office but was panned by critics. He delivered big numbers again later that year with National Treasure: Book of Secrets.

Trouble In The Love Department

Cage’s personal life has also been a roller coaster of ups and downs. His was married to actress Patricia Arquette from 1995 to 2001, although they reportedly separated in secret nine month after their wedding. They finally got around to making the split official five years later.

In 2000, Cage, who is an avid Elvis Presley fan, met Presley’s daughter Lisa Marie. The relationship was doomed from the start (she dumped her fiancé for him), but they embarked on a very rocky two-year romance marred by break-ups and Presley throwing a $65,000 engagement ring overboard after an argument on his yacht. Still, they married in August 2002 in a lavish Hawaii ceremony. Less than four months later, they filed for divorce.

Cage met his third and current wife Alice Kim at Le Privé, a Los Angeles nightclub where she was working as a waitress, in the spring of 2004. The couple tied the knot just moths later in California. Despite widespread skepticism about the pair (she is 20 years his junior), the couple managed to withstand the test of time. She gave birth to Cage’s son, Kal-El, named after Superman’s birth name, in 2005.

Though Cage seems to be happily married, he’s got other personal problems to contend with. Cage, who owned property in Rhode Island, Malibu, the Bahamas, England and even in Germany, had to sell many of his homes when the IRS hit him with a huge bill for unpaid taxes in July 2009.

Defining Quote “I am not a demon. I am a lizard, a shark, a heat-seeking panther. I want to be Bob Denver on acid playing the accordion.” 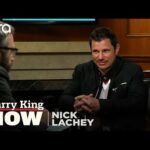 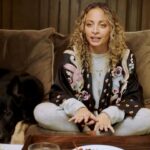