How much is Robert De Niro worth?

He’s The Godfather (II) of film — he’s starred in classics like Raging Bull, Taxi Driver and Analyze This.

Who Is Robert De Niro

Robert De Niro is a popular American actor, director, and film producer. He was born on August 17, 1943, and he’s particularly known for working in crime films, thrillers, and collaborating with Martin Scorsese. He began his career in 1963 and even now, he continues to work as both an actor and director.

Besides playing an important part in the global phenomenon “Godfather”, De Niro also took part in the following films – “Midnight Run”, “Cape Fear”, “The Deer Hunter”, “Taxi Driver”, “Casino”, and “Heat”. His latest film appearances are in the successful “Joker” and “The Irishman” both of which premiered in 2019. Throughout his 50 years+ long acting career, the talented actor has received a lot of awards and achievements. Among some of them are two Academy Awards, one Golden Globe, one Cecil B. DeMille, and Screen Actors Guild Life Achievement Award.

American actor Robert De Niro has a net worth ballparking $500 million dollars, as of 2021.

How Did Robert De Niro Get So Rich?

One of the reasons why Robert De Niro is so rich is because of his collaborations with Martin Scorsese. Their very first work together was in the crime film Mean Streets from 1973. Just a year later, the young actor was granted the pivotal role of young Vito Corleone in “The Godfather Part II”. De Niro auditioned for the epic’s first installment, however, he quit the project just before filming began.

The success of “The Godfather Part II” and his collaborations with Martin Scorsese really boosted the actor’s popularity in the 1970s. Starting then, he was given roles for which he was highly-paid. Among the movies that he starred in at the time were “Taxi Driver”, “1900”, “The Deer Hunter”, and “True Confessions”.

Robert De Niro is famous because of his fantastic acting skills. He was born and raised in New York City. Robert became interested in acting at the age of 16, which is the reason why he dropped out of his high school. In his very first roles, the actor starred in “Three Rooms in Manhattan”, “Encounter”, and “Les Jeunes Loups”, all released in the late 1960s.

In his first major role, De Niro starred in the satirical film “Greetings”, which follows the struggles of men that are trying to avoid the Vietnam War drift. In the 1970s, De Niro continued to improve his acting skills and took part in many movies such as “Bloody Mamma”, “Hello, Mama!”, and “Jennifer is on my mind”.

Robert De Niro’s success came after many successful roles at the beginning of his career. His career hit the peak at the end of the 20th century when he continued to appear in crime films that were met with positive reviews and had a lot of international success. Among some of them are “Good fellas”, “Casino”, and “Heat”. It was also around that time that the talented De Niro decided to participate in dramas and thrillers and even direct his first movie – “A Bronx Tale”.

Even though many critics claim the actor’s career took a downturn in the early 2000s because he began working in less dramatic films than the ones from the previous decade, Robert De Niro continues to build his legacy and establish himself as one of the most famous actors ever. As of 2021, his poorest performing film is the fantasy drama “Godsend” from 2004, which didn’t have a lot of success. The talented actor’s latest roles are in the movies “Joker” and “The Irishman” from 2019 and in 2020 he’s expected to appear in the movies “Killers of the Flower Man” and “The Comeback Trails” with other established actors such as Tommy Lee Jones, Morgan Freeman, and Leonardo DiCaprio.

When it comes to Robert De Niro, he is easily one of the best actors of all time. His incredible acting skills and passion for the crime films really helped him rise to popularity just a few years after he began pursuing his acting career and establish himself as one of the most influential people in the film industry. Whether it’s an action, drama, comedy, or thriller film, the talented De Niro has delivered in every possible genre and there is a reason why he’s known as one of the most successful actors ever. 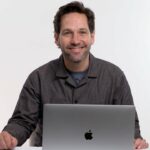 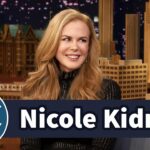