How much is David Duchovny worth?

David Duchovny was born in New York City. His father was Amram Ducovny, a writer and publicist who died in 2003 and his mother was a Scottish-born school teacher. His family are known for the arts, his brother, Daniel Ducovny, is an award-winning director of commercials, as well as a director of photography. The name Duchovny means “a clergyman” in Polish.

Growing up, David was a good student and earned an undergraduate degree from Princeton University before going to Yale. There, he studied for his Master’s Degree in English Literature while also writing poetry that was soon recognized, and eventually, David was nominated for a college prize by the Academy of American Poets. Yale university is based in New Haven, Connecticut, and while studying there David began to make trips back to New York City to study acting. He soon after began appearing in off-Broadway plays. Then, in 1987, he decided to drop out of his doctoral studies at Yale and dedicate himself fully to a career in acting.

American actor, writer, producer, director, novelist, and singer-songwriter. David Duchovny has an estimated net worth of $80 million dollars, as of 2022. Duchovny is best known for his role as FBI agent Fox Mulder on the television series, The X-Files.

At the start of his career David struggled to find parts and when he did, they seldom paid well. In the end he turned to appearing in commercials in the late ’80s, anything to earn himself enough money to survive while pursuing his true passion. Finally, he managed to transition into film with bit parts in movies such as 1998’s Working Girl and 1990’s Denial. While only small roles, David grew accustomed to working in front of a camera instead of live audiences. He also found it easier to be cast in roles and earn money compared to when he had been working as a stage actor.

It wasn’t long before the dedication and perfection to his craft was noticed in young David, and he was cast for three episodes in Twin Peaks. The show was a critical success and loved by audiences, his role also didn’t go unnoticed by casting agents at the time, it was a break for him early in his career.

Over the next two years David appeared in the hit movies Don’t Tell Mom the Babysitter’s Dead and Beethoven. Then in 1993, he scored the lead role in the film Kalifornia co-starring Brad Pitt whose career started a year earlier than David’s, in 1987. The film, while a financial disaster for its creators, slowly gained a cult following and to this day, is a favorite among movie buffs. That same year of 1993, David was cast in The X Files and it was this role as Fox Mulder that he has become best known for. He appeared in a total of 191 episodes with a final appearance in 2018. He also appeared in a spinoff movie of the same name in 1998 and The X Files: I Want to Believe ten years later, in 2008.

While appearing in The X Files, David also appeared in films such as Return to Me, Evolution, and Zoolander. More recently, he has become known for his lead role as Hank Moody in the Drama series, Californication.

David Duchovny has earned substantial sums from his work in television, and to a lesser extent, in film. For his part in The X-Files, David earned a salary of $150,000 per episode even before season four. For the fourth season he earned a reported $240,000 per episode. David also earned $225,000 per episode for his part in Californication and has earned from his film acting work, producing, directing, writing and work behind the scenes. He has also earned from the appearances that he has made as himself over the years, including in advertising.

In addition to his paychecks and salaries, Duchovny filed a $25 million dollar lawsuit against the producers and syndicators of The X-Files in 1999. Reportedly, he claimed that he had been left out of profits owed to him as per contract. In total, David Duchovny has earned estimated total career income of $130 million dollars.

Of that amount, $8-13 million is expected to have been paid in business related costs. The remainder, $119.5 million, will have been taxed at a rate of around 50% as David Duchovny has been residing between the states of California and New York. After tax, it is estimated that his career earnings are at around $59.75 million dollars, having paid the same amount in taxes.

David Duchovny married Téa Leoni in 1997 and they divorced seventeen years later, in 2014. They have two children together, twins Madelaine West and Kyd Miller Duchovny, and as part of a divorce settlement David is to pay Téa $40,000 in monthly spousal support and $8,333 in monthly child support, among other expenses.

David and Téa did reconcile and were seen together in 2009, however later split up again and eventually divorced five years later in 2014. In his investments, it is considered that David has made positive returns of around $26-35 million dollars.

David was the first actor to win a Golden Globe for both a TV Drama and a TV Comedy and even to this day, there are only two actors to have done so, the other being Kelsey Grammer who joined this category in 2012.

While it is likely that much of Duchovny’s investment gains have been realized in the American stock market, he has also purchased real estate. He sold his Malibu estate to Mel Gibson in 2008 for a reported $11.5 million. He has also purchased property in New York, including a $6.25 million dollar property in Manhattan which he later listed for $9.25 million. As well as a $6.25 million dollar property that he acquired in 2012 at The Ardsley in New York City.

David Duchovny was precocious in his youth and was always a good student. After earning an undergraduate degree from Princeton University he went on to Yale for his Master’s Degree in English Literature. He later dropped out of his studies when he found his true love of acting and was cast in off-Broadway roles in New York City. His transition into film acting wasn’t easy but it made it easier to be cast in roles and earn money from his acting, in the interim, he appeared in commercials and invested his free time into mastering acting techniques. It all paid off for him when he began to be cast in lead roles and has since earned a tremendous fortune through his paychecks and salaries. David has shown himself to be prudent in his life choices and this has no doubt extended to his investments. He supports various causes, including environmentalism, and is an enthusiast of electric vehicle technology. Duchovny received a star on the Hollywood Walk of Fame in 2016. 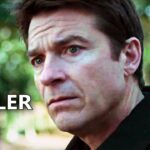 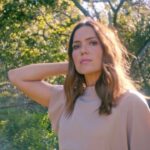