How much is Brad Pitt worth?

Brad Pitt is an American actor and producer. He got his start in television and grew to universal fame with mega box-office hits. As his career grew, his roles expanded and soon he was producing movies as well. While he didn’t start producing films until 2006, he’s been acting since the 80’s, getting his initial start in a daytime soap opera.

He started in television, playing a mix of small parts, until he broke out in the 1991 movie Thelma and Louise, a road-trip movie about best friends starring Geena Davis and Susan Sarandon.

In the Robert Redford directed film, A River Runs Through It, Pitt sharpened his skills and showcased his movie star magnetic good looks and acting chops. Interview with a Vampire, co-starring opposite Tom Cruise, cemented him in the movie industry once and for all.

While he was suddenly noticed on the big screen, he wasn’t always considered lead material until his movie career grew some feet. In the crime thriller, Seven, critics hailed his performance. Pitt went on in 12 Monkeys to snag a Golden Globe for Best Supporting Actor and an Academy Award Nomination.

Brad Pitt’s boyish good looks had women swooning early on in his career and helped land him in front of the camera. While women flocked to see him in films, he also drew in men to the cinemas with his relatable tough-guy role in films like Fight Club and Snatch. While some actors only score with male or female fans; Brad Pitt was a people person who grew to be an everyman’s actor.

People want to be with him or want to be him. His good sense of humor was often animated by fun pranks with buddies like George Clooney.

Being the poster-boy of the tabloids meant that his personal life was made very public, especially with then wife Jennifer Aniston. The public adored them together and the paparazzi went wild. Two beautiful people…it made magic for the tabloids, and every other week they were on the covers of every glossy magazine cover found at the market check-out lines.

When his affair, which he denied, became public knowledge, people had plenty to say and took sides. There was Team Jennifer and Team Angelina, two megastars and one man. The brutal tabloid gossip was the perfect fodder for selling news.

Nevertheless, Pitt remained charming and charismatic in interviews, and tying himself with other famous people on a regular basis kept his name front and center with the public.

Famous or infamous, it didn’t matter. There was no escaping his photos being plastered everywhere. Once the dust settled, Brad and Jennifer divorced, and he moved in with Angelina Jolie. With six children between them, three adopted, and three biological children, the family was thrust into the spotlight for every reason imaginable.

While his personal life may have been on the front page of every other tabloid, his career went from strength to strength as he shed his pretty-boy image and took risks taking on very diverse roles such in Babel, Burn After Reading and The Curious Case of Benjamin Button.

Today, he continues to act and produce. He seems to be like Teflon, no matter what bad press he gets, it slides off his back and the public adores him all over again. His boyish good-looks, dimples, and charismatic personality is something that’s given him an almost free pass. His X-factor continues to soar.

How did Brad Pitt get so rich?

As Brad Pitt’s fame grew, so did his leading role salary. Working with the likes of George Clooney in the Ocean’s Eleven saga gave him yet another boost, as did his work in Ocean’s Twelve, and then Troy.

Behind Pitt’s meteoric rise, is an obviously disciplined and hard-working actor. He spent 6 months learning sword fighting for his role in Troy which was also the first film produced by his company Plan B Entertainment. The 2006 The Departed also produced by Plan B won the Academy Award for Best Picture.

While he was making millions of dollars per role, starring in Mr. and Mrs. Smith opposite Angelina Jolie was when he first broke into making $20 million per movie. His career has been continuous with very few gaps of empty space.

With an armful of movies, it wasn’t until 2014 that he’d win his first Oscar. It was a shared Oscar for his work in 12 Years a Slave, with a second Oscar won in 2020 for Once Upon a Time…in Hollywood.

He’s been nominated and has won different awards through the years, such as The Golden Globes, Primetime Emmy Awards, BAFTA Awards, AAACTA International Awards, as well as many other awards in movies, television, and commercials.

His constant work and increasing salary kept him in the spotlight, which meant his salary grew as fast as his fame did. His latest movie roles in Ad Astra and Babylon will continue to keep him front and center in the movie industry. He has also continued to produce movies. His list of producer credits is now as long and varied as his acting career.

Brad Pitt’s movie career took off, and there is no stopping him. The camera loves him, women swoon over his good looks, and he’s showed he has the range to pull off diverse role-genres. He’s became a true leading man. While some of his earlier movies weren’t quite box-office smashes, he’s grown a respectable career with a string of hits to his name.

Movies like Legends of the Fall, Seven, 12 Monkeys, and more kept him working. With his most memorable role as Tyler Durden in the epic Fight Club, there was no holding Brad Pitt back.

Everybody loves Brad Pitt, and everybody wants a piece of him. He has been tied with a bunch of different famous leading ladies and his pictures were splashed across glossy magazines. His boyish looks and golden locks have made him the perfect paparazzi material.

He’s been noted to have dated Gwyneth Paltrow, Christina Applegate, Juliette Lewis, and many more leading ladies. His marriage to Jennifer Aniston was stuff that glossy magazines were made for. The two golden-haired stars were front page material until his much talked about affair with Angelina Jolie caused the couple to split up. He later married Angelina Jolie and together they share six children. They have since split up but continue to be co-parents.

Brad Pitt started his career as a young actor on television. He appeared in daytime soap operas, on the show Growing Pains, and went on to have one of the most successful movie careers. Small parts in movies like Thelma and Louise got people to sit up and take notice. After a few smaller movies that helped his name take hold and made him a recognized name, it was his role in Fight Club that cemented his path as a leading man worth a big salary.

His much-publicized relationships and marriages have kept him front and center in tabloid magazines for over twenty years, and people still flock to see his movies whether he stars in them or produces them. After both his marriage to Jennifer Aniston, then Angelina Jolie fell apart, Brad Pitt decided to focus on his career while co-raising his children that he shares with Ms. Jolie. 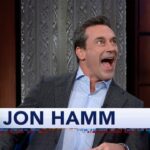 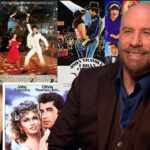