How much is Tom Cruise worth?

It’s hard to believe that one of the biggest stars of all time, and an outspoken advocate of Scientology, once had aspirations of becoming a Catholic priest. But Tom Cruise entered into a seminary when he was 14 to pursue a future that probably wouldn’t have included a storied film career and three high-profile marriages. It was a short-lived jaunt on his road to superstardom and, looking back, he’s probably jumping on the couch over making the decision he did.

Who Is Tom Cruise

Tom Cruise is considered to be one of the most powerful actors, as well as one of the most influential celebrities, in the world. Thanks to his critically acclaimed performances, which have allowed his films to gross billions of dollars worldwide, he is also one of the highest paid actors in the film industry. Despite his controversial remarks and many lawsuits, he remains one of the most rich and famous film stars in the world. This is how Tom Cruise became the wealthy and internationally known celebrity he is today.

Getting Into Risky Business

He was born Thomas Cruise Mapother IV to Mary Lee, a special ed teacher, and Thomas Cruise Mapother III, an engineer in Syracuse, New York. He moved around a lot as a child, living in Ottawa, Kentucky and Illinois before finally settling in Glenn Ridge, New Jersey when his mother left his father and took his older sister Lee Anne and a 12-year-old Tom with her.

After being bitten by the acting bug in high school, he relocated to New York to pursue it full-time, and wasn’t long before he was cast in 1983 film Risky Business, an iconic role that launched him into stardom overnight and earned him a Golden Globe Nomination for Best Actor in a Comedy. A string of successes followed throughout the ’80s, including Top Gun, The Color of Money, Rain Man and Born on the Fourth of July—the latter won him a Best Actor Golden Globe and his first Best Actor Academy Award nomination. While his career was flying high, he also found time to get married to Mimi Rogers in May 1987. The two divorced in 1990, but their relationship was notable because she turned him on to Scientology.

In 1990, he starred in Days of Thunder, and soon married his co-star, Nicole Kidman. The couple decided to adopt a baby girl, Isabella Jane, two years later, and a son, Connor Antony, in 1994. Kidman revealed in 2007 that the reasoning behind the choice to adopt was an ectopic pregnancy (when the baby develops in the fallopian tube instead of the uterus) she suffered soon after they were married.

The 90s continued to be a triumphant time for Tom. He was churning out one box office hit after another with A Few Good Men, Interview with the Vampire, Mission: Impossible and Jerry Maguire, which landed him his second Best Actor Oscar nod. In 1993, he started his own production company, Cruise/Wagner Productions, with his former agent Paula Wagner, and by 1996, he was commanding a $20 million salary. In 1999, he detracted from his big-budget film formula to star in independent film Magnolia, and earned his third Oscar nomination, this time for Best Supporting Actor. In 2000, Mission: Impossible II was another enormous box office success, as was 2001’s Vanilla Sky. That was also the year he abruptly filed for divorce from Nicole Kidman.

Cruise started a relationship with his Vanilla Sky co-star Penelope Cruz that lasted three years soon after the split, and he continued to star in hits until the mid 00s. In April 2005, he began a whirlwind romance with former Dawson’s Creek actress, Katie Holmes. It was around that time that his life took a bizarre turn. Just two months after they started dating, he revealed that they couple was engaged, and shortly after that, Holmes became pregnant with their daughter. Suri Cruise was born on April 18, 2006, just a year after the couple met. The pair married on November 18 that year.

During their courtship, Tom engaged in some interesting behavior. He became increasingly vocal about his religion, and criticized Brooke Shields for taking antidepressants to help her postpartum depression—something that goes against Scientology’s beliefs. The following month, he sat down for a rambling, nonsensical interview with Matt Lauer where he defended his stance, albeit very poorly. But by far the strangest incident happened in May when he was a guest on The Oprah Winfrey Show. Cruise repeatedly jumped on her couch, burst into fits of laughter, shook Oprah and declared his love for his new girlfriend. For two years, he was more of a punch line than a star. Paramount even went so far as to terminate their relationship claiming his controversial views and behavior were decreasing his bankability.

Tom Cruise calmed down, settled into a life of domestic bliss and reignited his film career, thanks in part to a hilarious cameo in Tropic Thunder that showed us a lighter side of Tom—one that didn’t take himself so seriously. Soon after he was back to making big-budget action films like Valkyrie, Knight & Day with Cameron Diaz and a fourth Mission: Impossible. Cruise and Holmes announced their divorce in 2012 yet it didn’t slow him down.

We’re glad to have the old Cruise back, but we’re not alone in saying that we kind of miss wondering what bizzaro thing he’ll do next.

Tom Cruise’s success can truly only be attributed to his own talent in acting and film production. He worked his way up, filling small roles until he got his big break. He rose to prominence quickly, his good looks and charming personality allowing him to become loved by audiences around the globe, and his acting talents allowing him to fill challenging roles throughout his career. Thanks to his charisma and talent, Tom Cruise has achieved stellar levels of wealth and renown.

How did Tom Cruise get so rich?

Tom Cruise has managed to amass a tremendous net worth of $580 million dollars throughout his career in acting and producing. This is almost exclusively thanks to his career in the film industry, as he is an incredibly talented and well known movie star and action hero.

The immense profit of the film series he is best known for, as well as the profit that comes from other roles he has filled and the work he has done in film production, has allowed him to become incredibly wealthy and amass a formidable net worth. As the Mission Impossible film series continues, it is clear that he will add onto his already sizable fortune.

Tom Cruise first became interested in acting when he was in the fourth grade. As he got older, he starred in several school productions, though he was forced to change schools often because of family complications. He graduated high school and moved to New York City when he was eighteen years old to pursue a career in acting. He then went to Los Angeles to audition for roles in television, and signed with the Creative Artists Agency, also known as the CAA, which is considered one of the dominant companies in the talent agency business.

In his early career Tom filled roles in movies such as Taps and Endless Love. However, he quickly rose to prominence with his acting talent and good looks. Tom managed to achieve stardom through two performances, which are considered his “career making roles.” His roles in the 1983 film Risky Business and the 1986 film Top Gun allowed him to become the world famous actor he is today. He was launched into stardom by Risky Business, and Top Gun solidified and built upon the fame he had achieved.

How quickly Tom Cruise became famous in the film industry is a testimony to how incredibly talented he is as an actor. His good looks, which made him a major heartthrob in his younger years, helped add on to his image. To this day, Tom Cruise continues to boggle minds with his talent in both acting and film production as one of the most prominent celebrities in the world.

Tom Cruise moved to New York City to pursue a career in acting when he was eighteen years old, and he did just that. He pursued his dream, moving around until he found a talent agency he could work with, before beginning his career. He was determined, and quickly found his place among the most powerful actors in Hollywood with his talent. Now, he is one of the wealthiest and most iconic actors in the film industry, and will likely continue to amaze audiences around the world for years to come. 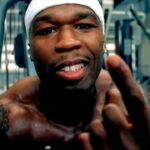 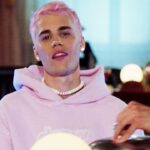