How much is Bradley Cooper worth?

Bradley Cooper is a multi-talented actor who is arguably just as skillful behind the camera as he is in front of it. He not only starred in A Star Is Born, but he also wrote and directed the massive 2019 hit. The actor is known for his prominence in multiple franchises, including the Marvel Cinematic Universe and one of the highest grossing comedy franchises of all time. Cooper’s resumé as a super producer is full of box office record breakers and he has never had a flop, and now he is a Billboard number one artist too.

As of 2021, we estimate Bradley Cooper has a net worth of about $100 million dollars.

How did Bradley Cooper get so rich?

The Hangover franchise is now worth more than a billion dollars, making it one of the only comedy franchises in cinema history to do so. And the A Star Is Born soundtrack was the biggest selling album all over the world, and it featured “Shallow,” the song that topped charts in more than 10 countries and became an instant karaoke hit. The song technically made Bradley Cooper a Billboard number one artist. As of right now, “Shallow” currently has over one billion plays on Spotify, 800 million views on YouTube, and a countless amount of fan covers.

For the first Guardians of the Galaxy movie, Cooper was actually paid as much as the star, Chris Pratt, despite only voicing his character. Though neither of them came close to the huge check Vin Diesel received for voicing Groot, Rocket’s right hand tree.

Though he may not be Scorsese or Spielberg, Cooper may be the very best movie producer working today in terms of financial success. Cooper can make wads of cash with tiny budgets. Limitless had a $27 million budget, A Star Is Born had $36 million, and Joker, which he also produced, had a budget of just $55 million, and that movie has gone on to gross over a billion dollars, becoming the most successful R-rated movie in cinema history. It is reported that Joker was more profitable a success than Avengers: Infinity War due to the production and marketing expenses of Avengers costing so much, despite making two billion dollars.

It didn’t take long until Cooper was getting work regularly. After having a couple of small roles on shows such as Sex and the City, the actor landed his first movie role in 2001, in Wet Hot American Summer as Ben, the gay counselor. It was a few years later in the Vince Vaughn and Owen Wilson classic, Wedding Crashers, when he was finally given a role with a decent amount of screen time that he could delve into. It’s thanks to this role that got bigger roles in similar movies, eventually landing the part of “Phil” where he found fame.

After almost being pigeon-holed as the protagonist’s best friend in movies like Yes Man and Failure To Launch, Cooper finally landed a leading role, and it was in a film that he couldn’t have possibly expected to blow up as much as it did. The Hangover, directed by Todd Phillips, didn’t feature any a-list star, there were no bankable heavyweights that the studio could rely on for it to be successful. Zach Galifianakis was a small time stand-up comedian, Ken Jeong was a secondary character in a straggling television series, and of course, Cooper had never been much more than a tertiary character to listen to the protagonist’s problems. Nevertheless, the movie was a massive success, blowing records out of the water, and becoming one of the highest grossing comedies of all-time. The movie went on to have two sequels and it made everybody in the movie immediate in-demand A-list stars.

Though many people might not know, he is a hero in the Marvel Cinematic Universe, he is an Avenger along with the likes of Chris Hemsworth and Robert Downey Jr. However, you might not have seen him physically on screen as he plays Rocket, a CGI gun loving raccoon. He has now been in four Marvel movies, and soon to be a fifth when Guardians of the Galaxy vol. 3 enters production.

The next tentpole movie and perhaps the most important movie of his career thus far came out in 2018. Though he was nominated for an Academy Award for his acting in the movie, he also wrote, directed and produced A Star Is Born, which went straight to number one in the box-office and made over $400 million.

In one of his comedy routines, Louis C.K. jokes about how actors who ask questions asked by actors in Inside The Actors’ Studio will never become successful or famous. Bradley Cooper was infamously in the audience in an episode long before he was famous in which he asked Sean Penn a question, proving C.K. wrong. Cooper and C.K. went on to star alongside each other in the David O’Russell directed film, American Hustle.

Cooper has built up a ton of high profile relationships throughout his 20 plus year career. He has a great relationship with David O’Russell, who directed him in Silver Linings Playbook, American Hustle, and Joy, all of which co-star Jennifer Lawrence, who Cooper also works with really well. Lawrence and Cooper often play each other’s on-screen spouses, as they are often praised for their movie chemistry by critics.

Limitless was important movie in Cooper’s career because it proved he could be a leading man and put butts in seats. It became clear Cooper was a bankable star because the movie had a small budget, yet went on to make close to $200 million, and that is massive for a sci-fi movie with a confusing plot that’s not easy to explain in one sentence. The movie even led to television series adaptation aired on CBS, to which Cooper also served as executive producer, though there was only ever one season.

We calculate Bradley Cooper is worth at least $100 million dollars in 2020.

Films starring Bradley Cooper have a total gross profit of a whopping $11 billion. From his acting and producing, he made $57 million in 2019, and the actor has apparently earned $40 million from A Star Is Born alone. That is why he has a total estimated net worth of $100 million and if we were speculating, probably a lot more.

It comes as a surprise that Cooper is yet to win an Academy Award, especially as he has been nominated for eight of them, not just for acting, but also for producing and writing. Coming up, he is starring in the upcoming Guillermo Del Toro thriller movie, Nightmare Alley. Besides that, his slate is clean, though I’m sure he is looking for the next smash hit he can produce for pocket change. 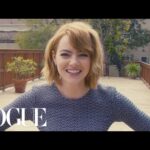 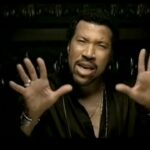