How much is Robert Downey Jr. worth?

He shot to fame as a Brat Packer in the 80s, but almost threw it all away with his hard partying and arrests in the 90s. He came back in a big way in the 00s portraying everyone from Iron Man to Sherlock Holmes. Now in 2020 Downey is one of the biggest movie stars the world has ever known…

Who Is Robert Downey Jr.

There’s no denying that Robert Downey, Jr. is one of the most talented and gifted actors of his generation. His charisma and range have transformed him from Brat Packer and schmaltzy, teen-angst film star to a serious, accomplished actor taking on characters like the venerable Sherlock Holmes and silent film star Charlie Chaplin to the infamous Tony Stark in the Marvel Cinematic Universe. But his road to success was littered with some well-publicized landmines.

The son of independent filmmaker Robert Downey Sr., Robert Jr. was born in New York City, but his family moved a lot to accommodate his father’s career. His first role was in his father’s film Pound, in which he was cast as a sick five-year-old puppy. His next three roles were also parts in films directed by his father.

By the time he was 10, the family had lived in Connecticut, upstate New York, New York City and even London where Downey studied classical ballet. In 1977, back in New York, his parents divorced and he stayed with his mother while his sister followed their father to California. Robert followed four years later but he couldn’t stifle his nomadic roots for long.

From SNL To Rock Bottom

With his father’s blessing Robert dropped out of Santa Monica High School and moved back to New York in 1982 to pursue acting full-time. In the early ‘80s, he landed roles in Firstborn, Tuff Turf and Weird Science before joining the cast of Saturday Night Live in 1985 when he was just 20. Unfortunately, he signed on just as a new team of producers were brought in, and his one season on the show is widely regarded as one of the worst in the history of its run.

He bounced back quickly, however, landing his first lead role opposite then-megastar Molly Ringwald in 1987’s The Pick-Up Artist, which was followed shortly after with a critically-acclaimed role as a drug addict in Less Than Zero. At this point in Downey’s life, he was a sought-after Hollywood leading man, but his battle with alcohol and drug addiction began to take hold on his life. Downey, who was introduced to drugs when he was eight by his own father, went from recreational drug user to full-blown cocaine addict, and as he sank deeper into his love affair with drugs and alcohol, he quickly developed a reputation for being difficult to work with.

But his career miraculously stayed afloat. One year after his girlfriend of seven years, Sarah Jessica Parker, left him because of his drug problems, he starred in the 1992 biopic Chaplin and earned his first Academy Award nomination for Best Actor. Roles in Only You and Oliver Stone’s tripped-out drama Natural Born Killers followed in 1994.

But even though he managed to continue working, by the mid-‘90s, he was more famous for his numerous, often bizarre, run-ins with the law than for his career. Between 1996 and 2003, Downey was the subject of multiple arrests for a variety of offenses, all of which can be attributed directly to his drug addiction. In 1996 a naked Downey was pulled over for speeding and arrested after police found drugs and a gun in his car. A month later, while under the influence of drugs, he broke into his neighbor’s house thinking it was his and fell asleep in one of the rooms.

In 1999 Downey was sentenced to prison for various probation violations and he did a one-year stint in the California Substance Abuse Treatment Facility and State Prison. After he was released from prison he was offered a variety of roles, settling on a recurring role as Calista Flockhart’s love interest on the Fox show Ally McBeal. In this role he won a Golden Globe and an Emmy nomination.

But the good times didn’t last. In November 2000, Downey was arrested again in a Palm Springs hotel after an anonymous tip led cops to his hotel room where they found cocaine and Valium. Five months later, he was fired from Ally McBeal when he was arrested again for suspicion of being under the influence of drugs. His character and McBeal were supposed to marry for the series finale, but producers rewrote the ending. Downey was sentenced to three years probation and one year in drug rehab. Many wondered if the quirky, talented actor would ever recover, and many were scared he was on his way to an early grave.

In 2003, however, Robert resurfaced sober and ready to jump back into the spotlight. His friend Mel Gibson, in an attempt to help him get re-established, cast him in the movie adaptation of Dennis Potter’s The Singing Detective as Dan Dark and he quickly followed that up with a role opposite Halle Berry in the psychological thriller Gothika, as well as roles in George Clooney’s Good Night, and Good Luck and Kiss Kiss, Bang Bang in 2005. He solidified his comeback with roles in blockbusters like Iron Man and Tropic Thunder, which earned him his second Oscar nod, in 2008 and Sherlock Holmes in 2009.

From 2013 to 2015, Robert was listed by Forbes magazine as the highest paid actor in Hollywood, beating out hundreds of other notable actors for this title. His work in the Marvel Cinematic Universe, playing the recurring role of Tony Stark, also known as Iron Man, has been massively profitable. He is the second highest grossing box office star of all time, only topped by the infamous Samuel L. Jackson.

Robert Downey Jr’s fortune comes almost exclusively from his work in the film industry. Throughout his iconic acting career Robert has amassed a net worth of over $300 million dollars. This is largely thanks to his acting career.

Robert and his wife, Susan Downey, founded a film production company called “Team Downey.” Though it hasn’t been hugely active, it produced the 2014 film The Judge, as well as the more recent film Dolitte, which came out in late January of this year. However, Dolitte earned over $223 million dollars in box offices, which likely contributed slightly to Robert’s fortune.

Through his acting career and production company, Robert Downey Jr has amassed a tremendous fortune and achieved an immense net worth. This is thanks exclusively to his iconic image and talent in acting.

Robert Downey Jr’s success comes from his determination and perseverance, as well as his acting talent. Though his career flatlined after he achieved initial success, he went through rehabilitation and recovered from his substance abuse issues and later resurfaced, achieving levels of success much higher than in his early career. Though he wasn’t the obvious choice for the role of Tony Stark in Iron Man, the director was confident in his acting talent and ability to bring the character to life. Now Robert Downey Jr is one of the most powerful and iconic actors of all time.

Robert is known internationally for his film roles as well as his charming personality. In 2008, Robert was even included on Time Magazine’s list of the 100 most influential people in the world. However, he has gone through many difficulties in his career, including dire substance abuse issues. All of which he has bounced back from coming back each time stronger, and better, than ever.

Robert Downey Jr achieved fame when he was young, though he fell off the wagon of success following several drug charges. His true fame, which is now global, came when he took his most notable role in the Marvel Cinematic Universe.

Robert made his film debut in the 1970 movie Pound, at the age of five. He filled several small roles in some of his father’s movies, though his relationship with his father wasn’t always so productive. Robert Downey Sr, his father, allowed Robert to use marijuana for the first time when he was only six years old. Robert’s father, who was a drug addict, was the main reason why he went on to have such serious substance abuse issues. Robert has said that doing drugs was like an emotional connection between him and his father, and this led him to become severely addicted to drugs and alcohol.

He made several breakthroughs in the films he starred in during his early career. He was in movies such as Less Than Zero and Chaplin, for which he won an Academy Award. However, his career tanked when he was removed from the cast of the TV show Ally McBeal, which he had achieved success for, after he was subject to several drug charges.

For the next five years Robert suffered from devastating substance abuse, unable to recover, until he finally achieved rehabilitation. With the help of his close friend Mel Gibson, Robert landed a role in the 2003 film The Singing Detective. Things got better from there as he was featured in more and more films, until he finally landed the role that made him internationally famous.

Robert was cast as Iron Man in the film Iron Man in 2007. Despite the fact that he wasn’t the obvious choice for the role, he was chosen because the director was confident in Robert’s ability to make the character come to life. Iron Man was released in 2008 and earned over $585 million dollars in box offices across the globe. After this role, Robert was a star.

Despite his career completely crashing after severe drug addiction issues, Robert Downey Jr was able to recover and resurface as an actor. He achieved success at a young age, but it wasn’t until he resurfaced and took the leading role in the Iron Man film series that he truly became the powerful and iconic figure he is today.

Robert Downey Jr achieved success early in his career, giving multiple critically acclaimed performances. However, he then fell victim to substance abuse and drug addiction, largely because of his father, and his career crashed. He managed to pick himself back up, recover from his addiction, and reemerge as the internationally renowned celebrity we all know him as today. Robert Downey Jr is now one of the most rich and famous actors in the world. 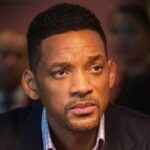 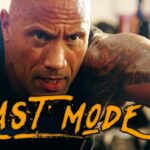