How much is Michael Blackson worth?

Michael Blackson is a Ghanaian-Liberian actor and stand-up comedian. Often called “The African King of Comedy”, this entertainer began his career in the 1990s. After spending several years performing in Philadelphia clubs, he soon began participating in well-known televised and non-televised competitions such as the Schiltz Malt Liquor and Urban Comedy Festival. Outside of his work as a comedian, Blackson is an actor that’s taken part in several films and television series such as Next Friday and 30 Rocks.

Ghanaian/Liberian-American actor and comedian Michael Blackson has an estimated net worth of $2 million dollars, as of 2022. Blackson is known as “The African King of Comedy”.

Michael Blackson became famous thanks to his acting and stand-up comedy roles. He was born on November 28, 1972, in Monrovia, Liberia. Both of his parents are from Ghana, West Africa. His father was a worker in a theater company and his mother was a teacher in a secondary school. His father always saw Michael as an actor or someone that worked in movies so he helped him receive acting classes at an early age.

When he was thirteen, his parents emigrated to the United States. They settled in Philadelphia and signed Michael to the local High School For Creative and Performing Arts so he could develop a better stage presence. During his early teenage years, Michael struggled a lot to find inner confidence. He gained a lot of inspiration from the actors and comedians Eddie Murphy, Bernie Mac, and Chris Rock and decided to pursue a career in the film industry once he graduated from high school. He graduated from high school in 1990 and began working various jobs to support himself.

In the early 1990s, while working as a pizza-delivery guy, Michael was encouraged by a co-worker to try a local comedy show. Following his performance, he not only received a huge ovation but a full-time job as a comedian in various clubs. He soon began writing monologues and sketches whilst also working as a coach at the Philadelphia Community College.

His debut as a comedian came in the Comedy Works Philadelphia show. Throughout the 1990s, he continued to perform in various bars and clubs in the Philadelphia area, which is how he was able to make a name for himself. Around that time, he also began appearing in national events and competitions such as the “Schiltz Malt Liquor Comedy Tour” and the “Urban Comedy Festival”. Perhaps the two shows that boosted his fame and wealth are “Laffapolooza Comedy Festival” and “Bay Area Black Comedy Competition”.

While he did not earn much in his early career, it is not easy to make it as a comic and Blackson did that. He earned enough to survive and continued to hone his craft, his net worth at the time may have only been about $100 thousand but it gave him time to eventually be discovered. In the year 2000, he made his film debut in the Friday sequel, Next Friday. In the comedy film, he teamed up with various actors and public figures such as Ice Cube, John Witherspoon, Mike Epps, and Don Curry.

A few years later, in 2005, he released his very first sketch-comedy CD – Mothefucka Welcome to America which helped him get another career boost. Ever since the mid-2000s, Michael Blackson’s name rose to stardom. In 2006, he appeared in the films Repos and The Last Stand. One of his most notable early roles in films was in the 2007 comedy The Savages.

For the past decade or so, whilst doing comedy on tours, realities, and events, the actor has taken part in numerous box-office hits such as One Night In Las Vegas, Token, Meet The Blacks, and Nobody’s Fool. Perhaps the most important movie that he’s ever taken part in is the sequel of Coming to America (2021).

Earning money doing what you love is not easy but that is exactly what Michael Blackson does. His early years were tough and his earnings small but he stuck it out and grinded at his bits, showed up at clubs and went through what it takes to become a professional comic. After some time, Blackson began to hold an audience with his jokes and became a successful member of the comedy community. In total, Michael Blackson has earned estimated total career income of $3.5 million dollars.

Of that amount, $500,000 is expected to have been paid in business related costs. The remainder, $3 million, will have been taxed at a rate of around 40% as Michael Blackson has been residing in the state of California. After tax, it is estimated that his career earnings are at around $1.8 million dollars, having paid $1.2 million dollars in taxes.

Michael Blackson has never married, although he proposed to his girlfriend, Rada Darling, during a radio interview on The Breakfast Club in 2021. In total, Michael has three children. In his personal life, Michael Blackson has likely spent $700,000 of his career earnings but also probably possesses assets valued at around $100,000, not including investment assets. In his investments, he may have earned investment returns of $500,000. Therefore, it is estimated that Michael Blackson has a net worth of a rounded up $2 million dollars.

When it comes to comedians and entertainers that have taken over America, Michael Blackson is certainly one of them. The actor began his career in the 1990s and after struggling to break through, was able to land a film role and appear in multiple late-night talk shows and realities where he displayed his comic skills. In 2021, Blackson appeared in the sequel of the 1980s classic Coming to America, along with one of his inspirations, Eddie Murphy. 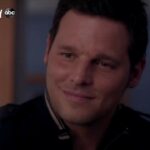 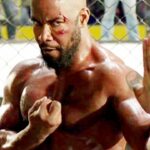