How much is Conor Mcgregor worth?

Who Is Conor Mcgregor

Conor McGregor is an Irish boxer and UFC fighter who has fought several infamous fights that are now more well known for his pre and post fight outbursts than for the fight itself. McGregor has become the most world famous UFC fighter of all time due to his combative and antagonist personality, as he treats fights more personally than other boxers and MMA fighters. He has become a successful business man, with his own whisky, Proper 12, closing in on Jameson’s sales figures, and has signed lucrative endorsement deals with Adidas. Outside of promoting his fights, McGregor has been in the middle of dozens of controversies and is an outright criminal. His most famous fights have been with Floyd Mayweather, Khabib Nurmagomedov, and Donald Cowboy’ Cerrone.

How Did Conor Mcgregor Get So Rich?

McGregor claimed on Instagram that he is now a billionaire, writing that “I fought for billionaires and then became one myself.” The billionaire he is referring to is the UFC executive Lorenzo Fertitta, who is worth an estimated $1.8 billion, but the truth of the matter is that McGregor isn’t remotely close to that ten figure number. However, he has had some huge pay days. When it comes to his fight with Mayweather, it is reported that McGregor made $30 million, but with pay per view sales and sponsorship deals included, some insiders estimate that McGregor could have made up to $100 million.

Aside from his income from fighting, McGregor has made a name for himself in several different industries including whiskey and clothing. When it comes to his brand of whiskey, Proper Twelve, he has sold over 400,000 cases, which is coming dangerously close to beating Jameson Whiskey for the best selling Irish whiskey brand. McGregor also has the successful clothing line, August McGregor, and the trademark company that protects his personal brand, McGregor Sports and Entertainment.

McGregor became most famous in the early 2010s, as he started making waves in the industry and becoming well remembered for his attitude and memorable tattoos, with one of them being his name scrawled across his chest in giant letters. He started making hundreds of thousands of dollars and rose through the ranks in the Octagon, but it was in 2017 when he became world famous, challenging arguably the greatest boxer of all time, Floyd Mayweather. People called McGregor foolish because he wasn’t technically a professional boxer, as he had focused on MMA for the past several years. It was unsurprising that McGregor lost, but he didn’t care as he had just made millions of dollars and his profile catapulted to a type of stardom that is usually reserved for movie stars and rockstars.

McGregor’s other bouts include losing to Khabib Nurmagomedov, which lasted every round, but McGregor eventually lost after tapping out when Khabib was close to choking him to death. And last year saw McGregor’s greatest victory yet, when he took out Donald Cowboy’ Cerrone within seconds. Though McGregor has now retired from fighting, it’s likely that he’ll return as he can’t stay silent for long, and he restlessly claims that he wants a rematch with Khabib.

Arguably more famously than his fights, McGregor has been subject to criticism in the years since for his constant violent attacks on innocent civilians, sexual assaults, and vandalism. In mid 2018, the fighter threw a giant piece of metal through a moving bus, as it apparently held his next opponent inside and the trash talk between the two of them had gotten way out of hand. Several people were injured and a warrant was put out for McGregor’s arrest. Though there are many skeptics who say this was all an organised publicity stunt, McGregor was arrested, forced to pay a $50,000 bail, and was subsequently sued by the injured people on board the bus.

The following year, McGregor’s attitude got further out of hand, as tabloids were documenting the fighter’s every move to the whole world. In Miami Beach, McGregor took a man’s phone and smashed it to the ground, and was then arrested for strong-armed robbery and criminal mischief. Though the fan initially tried suing McGregor, charges were dropped after they settled out of court. And most recently, McGregor was arrested just earlier this month for sexually assaulting a woman at a bar.

What Makes Mcgregor So Successful?

As becoming successful is increasingly about managing your own personal brand, McGregor has a brand unlike any other, though it isn’t managed very well. He has a bad boy attitude and is seen as the enfant terrible of the UFC, where anything he does is completely unpredictable, including the way he’ll act in the fight itself. He will speak his mind whether he’s promoting a fight or vlogging on Instagram, and people will be drawn in to his every word. Audiences will watch pre fight interviews to hear his banter, and even though he isn’t very well liked, people will tune in just to hate watch him.

On top of that, his Irish background is a part of his shtick, as he lays the Dublin accent on thick, refers to his roots at every chance he gets, and is a home bird in that though he can live anywhere he wants in the world, but he chooses to stay in Dublin for the most part. That is one of the very few endearing things about the man, as his patriotism and love of Irish history has his fans in a perpetual excitable frenzy, and that part of him has resonated well with American viewers.

Though it might be undeserved, McGregor has found success in every venture he goes down, whether it’s producing whiskey, building a clothes line, or simply putting on the gloves and climbing in to the ring. Owing to his outspoken outbursts, aggressive rampages, and problematic public altercations, he has turned the sport of MMA in to a circus, but he has somehow accrued a net worth of $120 million in doing so. It’s unclear what the future holds for the former fighter as he has just recently retired, but he’ll be in court settling the most recent sexual assault case put forward against him before he can do anything. 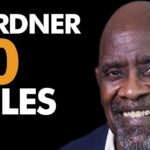 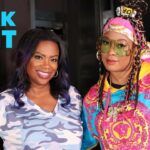