How much is Floyd Mayweather worth?

Floyd Mayweather Jr. was born in Grand Rapids, Michigan and was brought up in a family of boxing legends. His father, Floyd Mayweather Sr. fought the Hall of Famer boxer Sugar Ray Leonard. Two of his uncles, Jeff and Roger Mayweather, were also professional boxers. Boxing has been Floyd’s lifeblood since childhood. He dropped out of high school and went all in zero hedge. His mother at the time was suffering from drug addiction.

He started his amateur boxing career around 1993. He won the national Golden Gloves championships that year, in 1994 and in 1996. He was nicknamed “Pretty Boy” by his fellow amateur boxers because he had very few scars on his face. Mostly because he had adopted an effective defensive technique known as the Orthodox stance that he had learned from his father and uncle Roger.

Some find Mayweather’s style tedious to watch as he is almost always far back and out of danger, never taking risks until he is sure he can hit without sustaining injury. Yet despite what many may think about his boxing technique, it has allowed him to win every time he’s stepped in the ring as a professional boxer.

In the Atlanta 1996 Olympics Games, he won the first fight by decision. He led 10-1 against Kazakhstan’s Bakhityar Tileganov. In the 2nd fight he won 16-3 against Armenia’s Arthur Gevorgyan. In the quarterfinals, Mayweather won against Cuba’s Lorenzo Aragon but it was a narrow win of 12-11. At that time, he set a record by winning against a Cuban, because the last time an American had won against a Cuban in the Summer Olympics was in 1976. He reached the semifinals and ended with a bronze medal in the featherweight division as he lost by decision (10-9) to the Bulgarian boxer, Serafim Todorov. Mayweather ended his amateur career after with a record of 84-8.

He had a great professional boxing career start by winning his first fight on 11th October 1996 through knocking out Robert Apodaca in the 2nd round. His fame increased when he won his first world title, the WBC super featherweight championship by knocking out veteran Genaro Hernandez after an 8 round rumble in 1998.

This was the first loss of Genaro and he acknowledged Mayweather’s skill and speed. Mayweather broke the record of being the first 1996 U.S Olympian to win a world title. At the age of 21, he received the Ring’s “Fighter of the Year” award in 1998, making him one of the youngest recipients for the award. Mayweather’s career continued progressing. He won the WBC lightweight title in 2001, the WBC super lightweight in 2005, and the WBC welterweight title in 2006. He also featured in The Ring magazine due to the success of his career. In 2007, he became the best pound-for-pound fighter in the world, with 38 wins, 0 losses, and 24 Knockouts.

He soon after went mainstream after winning against boxer Oscar De La Hoya and attaining the WBC super welterweight title. The fight was aired on HBO which also increased Mayweather’s fame. He won again in December 2007 against Britain’s Ricky Hatton. This again earned him The Ring magazine’s “Fighter of the Year” award.

The fight of the century he won, which happened in May 2015, against Filipino Manny Pacquiao earning him more than $200 million. He also bagged another $275 million from the fight he won against UFC champion Conor McGregor. This fight had a total pursue estimate of over $400 million. He is reported to have made more than $1 Billion in his career… hence “Money”.

He also makes money from endorsement deals, outside the ring he makes about $10 million a year. His primary endorsement deal being with Hublot, a Swiss luxury watchmaker company. In fact, according to Forbes, there are 10 numbered editions of the Mayweather timepiece. They are set entirely in yellow gold and adorned with 48 baguette-cut diamonds and 378 brilliant-cut diamonds for a total weight of 4.85 carats. The price tag? $93,700 and they come with a boxing glove signed by Mayweather.

Mayweather has always had a very strong self-belief. All his dedication, all the sacrifices and hard work he has put forward throughout his career have come from strongly believing in himself. It all starts in the mind and all your actions will follow through.

He has also dedicated his entire entity into the mastery of the boxing sport. Mayweather has been focused throughout and has shown his incredible work ethic. He is disciplined and motivated, humble (somewhat) and strong. He followed his diet strictly and didn’t gain weight in between fights. He is always in the gym training to improve his boxing technique, speed, and agility. His focus paid green. He also has a never give up relentless attitude, a great and loyal team that always supports him and a strong will and desire towards success and the boxing sport.

Floyd Mayweather grew up in a boxing family with a mum addicted to drugs, was beaten in the semifinals of the 1996 Olympics in his amateur career, but never lost a fight in his professional career. He is one of the greatest to ever step in the ring. His hard work, dedication, and sacrifice have earned him a very successful career, riches, and wealth worth millions. 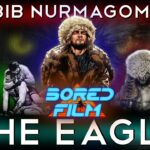 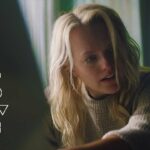