How much is Halle Berry worth?

You saw a lot of her in Monster’s Ball, then saw her blubber her way through an Oscar acceptance speech. You’ve probably also caught her on the cover of every magazine on the planet proving that over 40 still looks very, very good.

Who Is Halle Berry

A lot of former beauty queens have expressed a desire to go into showbiz, but few have actually achieved the level of success that Halle Berry has. Berry has seen her fair share of struggles on her journey to the top, but it paid off for the Cleveland native, who can count a Best Actress Academy Award and motherhood among her long list of achievements.

American actress Halle Berry has a net worth of $88 million dollars, as of 2021.

Maria Halle Berry was born in Ohio to Judith Ann, a psychiatric nurse, and Jerome, a hospital attendant. Her parents split when she was four and her father disappeared from her life, leaving her to be raised by her mother. As a teen, she competed in beauty pageants, winning Miss Teen All-American in 1985, Miss Ohio in 1986 and placing second in the 1986 Miss USA competition.

She started her career in entertainment as a model and dabbled in acting with roles in small television shows before she got a small part in Spike Lee’s Jungle Fever. Roles in Boomerang, The Flintstones and Executive Decision followed before she landed a contract with cosmetics giant Revlon in 1996 to replace Cindy Crawford as their spokesmodel.

More Than Just A Pretty Face

In the late ’90s, her career started to heat up and she was quickly gaining a reputation as a sex symbol. In 1999, she starred in Introducing Dorothy Dandridge, an HBO film about the life of the first black woman to be nominated for a Best Actress Oscar. The role earned her an Emmy for Outstanding Lead Actress in a Miniseries or TV Movie and a Golden Globe for Best Performance by an Actress in a Mini-Series or TV Movie.

Her marketability as a leading lady was climbing and she started to get cast in blockbuster films like X-Men and its two sequels. In 2001, she shocked fans when she agreed to appear topless for the first time in Swordfish, earning a $500,000 bonus to do so. That was also the year she starred in the independent film Monster’s Ball alongside Billy Bob Thornton. As a desperate mother who finds comfort in a racist prison officer after her murderer husband is executed and her son is suddenly killed in a hit-and-run accident, Halle proved that she was much more than a pretty face. The role required her to engage in a very racy sex scene with Thornton, but the hard work paid off when she became the first African American woman to win an Academy Award for Best Actress at the 2002 Oscars.

Her bankability started to skyrocket, and she was cast in blockbusters like Die Another Day and Robots. She joined a select group of actresses who portrayed Catwoman when she starred in the 2004 film, but the action flick was a flop and landed her a Worst Actress Razzie, a dishonor she graciously accepted in person by reenacting her sobbing Oscar speech.

But her films aren’t the only place Berry has found drama. She revealed that she and her sister witnessed their father abusing their mother as children, and that she had a boyfriend who beat her so badly that she lost 80% of her hearing in her left ear. She married baseball player David Justice in 1992, but the couple split five years later amid allegations that he was physically and emotionally abusive. Her next marriage, to musician Eric Benet, didn’t fare any better. The couple wed in 2001, but split in 2003 when Benet went to rehab for sex addiction after being unfaithful. In 2005, she met Canadian model Gabriel Aubry. Three years later, they had a daughter together, Nahla Ariela. But their relationship wasn’t meant to be, and they confirmed that they were parting ways in April 2010. They currently share custody.

Berry has proven that life only gets sweeter after 40. She was named Esquire’s Sexiest Woman Alive in 2008 at the age of 42. She continues to score film roles and command salaries of upwards of $10 million, making her one of the highest paid actresses in history.

Defining Quote “You know that stuff they say about a woman being responsible for her own orgasms? That’s all true. And in my case, that makes me responsible for pretty damned good orgasms these days. Much better orgasms than when I was 22.” 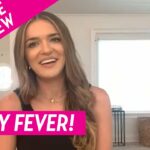