How much is Joe Rogan worth?

In the past twenty years you could have had an experience with Joe Rogan on one of many different platforms. He is a comedian, podcast host, TV presenter, and MMA commentator, and made great use of YouTube, before switching to Spotify in a mega deal. Joe Rogan hosts The Joe Rogan Experience. Now and forever, Amen.

A rite of passage for many, it hosts a dialogue between high profile guests and himself. The podcaster is a jack of all trades, and also a master of many. He has been a Television host for several years, commentating at the world’s biggest MMA events. Not to mention his MMA version of The Experience, while maintaining a bona fide stand-up comedy career touring with big names like Dave Chappelle.

American comedian, podcast host, and mixed martial arts commentator Joe Rogan has net worth estimated at $100 million dollars, as of 2022. Today Rogan is best known for his JRE podcast, currently streaming on Spotify.

Though he is a comedian first and foremost, Joe Rogan originally became famous for Fear Factor on NBC, in 2001. Rogan was the host for a full five years and despite people knowing him as essentially ‘a game show host’ at the time, it still widened his fan base and his stand up audiences began to grow.

Being a fanatic of conspiracy theories, in 2013, the TV network Sci-Fi signed a deal with Rogan to host the documentary series, Rogan Questions Everything. The show examined some of earth’s biggest mysteries, like whether or not Bigfoot really exists and if machines will eventually takeover and rule mankind.

Even though Rogan has explained relentlessly that he doesn’t enjoy acting anymore and would never return to that medium. Even turning down a role in Kevin Smith’s sequel to the cult hit Jay & Silent Bob Strike Back. Joe has gained an audience from having minor roles in movies such as Zookeeper and Here Comes The Boom, two Kevin James led comedies. Joe the comedian however continues to do stand up, and is more successful than ever. He is now selling out arenas, touring with Dave Chappelle, and has two of the most viewed comedy specials on Netflix.

Interestingly if I remember correctly he was also the person who recommended for Bryan Callen to take acting classes and stands behind the value a person gets out of them. Joe is almost like an honest dad figure who seems to want to give others good advice and watch and help them grow.

In the 2010s, everything changed for Joe Rogan when he decided to start his own podcast. It was tough at first and he didn’t get many views at all. But still he was set about making it a success by any means necessary. Yeah I’m pretty sure he was supporting the show by promoting Fleshlight, “a masturbatory aid, which is used by inserting the penis into its opening,” according to Wikipedia.

The show has gone on to become one of the most successful podcasts in internet history. The most viewed episode of the podcast is one that features Elon Musk but there are loads more valuable interviews and all for free. The Musk episode has over 50 million views on YouTube and is now famous for Tesla’s stock price drop after Musk smokes weed on the show, (only for the stock to more than treble soon after). Other popular guests include Alex Jones with 21 million views, Dan Bilzerian with 17 million views, and Ben Shapiro with 16 million views.

The same guy who got Joe to promote his (parents?) Fleshlight toy, went on to found a kickass company called Onnit. A nutrition company that came out with supplements including Alpha Brain and Total Human. Joe Rogan is a co-founder and shareholder of Onnit as well as its most famous spokesperson.

Joe Rogan was Forbes’ highest paid podcaster of 2019, making a total of $30 million in that year alone. 2019 proved to be lucrative for him in other ways too, as he played a sold out comedy arena tour throughout North America. Not to mention following an uptick in his audience numbers, Joe had some of the most high profile guests on his podcast to date. The Joe Rogan Experience now reportedly gets 190 million downloads per month.

In 2020, Rogan signed an exclusive licensing deal with Spotify. His podcast had remained independent ever since its inception in 2009, but the money Spotify offered was too good for anyone to pass up. Though it had not been disclosed, the deal was rumored to be worth $100 million. However in more recent news, on February 17, 2022, it was reported that the amount was “said to be over $200 million,” according to New York Times.

In September 2020, the show was on Spotify concurrently with YouTube, and by the end of the year, the show was no longer on YouTube at all. Both the audio and the video are now only available on Spotify. Spotify have already seen a massive surge in their stock price since the announcement.

Joe first began to make a name for himself on Fear Factor. Rogan supposedly made $75,000 per episode. That’s equivalent to $118,000 today. But that’s nothing compared to what he earns nowadays.

He now makes something like a $5,000 base and up to $500,000 per pay-per-view UFC event that he commentates at. I guess it depends on the PPV numbers. But since the sale of the UFC to a consortium of investors led by WME-IMG (Endeavor) for over $4 billion in 2016. Joe Rogan and Dana White are earning far more than they ever have done before, and well deserved.

Rogan has even won awards for being the “best television announcer,” and the MMA show really comes alive for me when I hear the sound of his voice. I’m a recovering JRE binge listener having listened to at least 100 hours of the show while working a few years ago. Now I like to work with absolutely no distractions but for a while I used to stick on the show all the time.

It’s incredible how much a person can grow and evolve. I, like so many others, have watched Joe Rogan make one of the most inspirational transformations. If you watch him at the start of the show and compare it with him today it is almost miraculous. And not only has he changed, but he probably brought an army of a million or more with him who changed their lives while listening to JRE. Even if it was just a little bit, it counted.

Joe Rogan has become a trusted voice in the world. He has listeners in almost every country and his audience has come to rely on Rogan’s take on news and politics, not to mention hearing from his incredible guests.

It’s because of his openness and his ability to be unbiased and listen to each side of an argument, I think, that has helped the show thrive. He also makes a welcoming space for his guests and they must enjoy the free promotion they get from the show because they are often back again for more.

The podcaster has created an experience that is hard to find anywhere else. While there are multiple news outlets you can choose from, there is only one Joe Rogan. People watch and listen to the podcast majorly because of him and the kinds of guests who are willing to come on his show. Joe’s interests are both specific and varied, with specific topics like hallucinogenics, MMA, comedy and politics. And varied talk on just about everything else.

Like I said I think it’s really his openness that is loved most by listeners. And when it comes to the diversity of guests on the show that is exactly what you need. He brings on guests from the far right, liberals, libertarians, people on the far left, fellow comedians, and scientists. Not to mention bodybuilders, MMA fighters and nutritionists who deliver just about every detail a person needs to lose weight, get in shape and transform their health and life.

And with Joe talking about his hill sprints and sober October it gives his audience the motivation too, to do it!

The podcast is generally three hours long and is an open discussion between Joe Rogan and his guest. And some of those three hours I swear have been some of the most interesting three hours I’ve spent listening to anything. Still pondering if that Bob Lazar got me, though.

Only Joe Rogan can upload a video to YouTube where he drop kicks a dummy and get 13 million views. And it’s that obsession that his fans have for him that has caused him to be so successful. As of 2022, Joe Rogan’s net worth is estimated to be about $100 million. That figure is likely to grow too as there is talk of a new licensing deal for his show. Plus the guy loves what he does, works lots of different things all at the same time and still must earn quite some from his JRE clips, alone.

In April this year Rogan will set out on another stand up tour, which may mean another Netflix special, and it seems like he’ll continue to host The Joe Rogan Experience for the next thirty years! 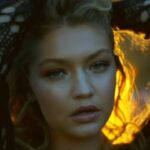 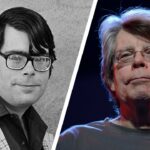