How much is Stephen King worth?

Stephen Edward King was born in 1947. He is rightfully hailed as one of the greatest writers of his generation, as well as the king of horror and suspense. To date, his books have sold more than 350 million copies making him a global phenomenon, and a household name alongside other prolific writers such as J. K. Rowling. Many of them have been turned into TV shows and movies, including one of the greatest movies ever made, Shawshank Redemption. But success didn’t come easy to Stephen King nor was sustaining it without any burden.

His childhood was rough. That is mainly due to his father abandoning his family when Stephen was only two years old. As he likes to say: “He said he was going out to get a pack of cigarettes, I guess he’s still searching for the right pack”. In his preschool days, his mother moved all around the country looking for jobs that could support their small family. She was always a loving mother and supportive of all the endeavors he and his brothers were involved in.

Writing was such a clear passion for young Stephen growing up that his mother would go with him to libraries, send his stories to magazines and do everything is her power to help him fulfill his dream of becoming a great author.

Stephen King is like an atomic clock, he never misses his writing sessions. He is the example of how a young dedicated person is like a little stream that never stops flowing. That little stream can, over time, become a great river. That is how Stephen King became successful. He wrote, all the time, every single day, his whole life. And eventually that paid off. Carrie a book King published in 1974, and later adapted into two movies in 1976 and 2013, was just the first of his many big successes. But, without marrying the proper wife, Tabitha, he may never have realized this success at all. When he threw first drafts of Carrie in the trash, his wife recovered it encouraging him to continue and helped him change it into his first bestseller. She was also there for him while he battled with addiction.

Stephen King was also successful because he was bless with talent as a writer, a talent that he further invested in by writing every single day. Ever since his school days, his mother had been supportive and encouraged him to write as much as possible. His six pages a day rule was born during those days. He also knows how to look at an ordinary situation or object, and create a creepy of a frightening scenario… where suddenly that object or place will scare the living daylights out of you. Talent has also been a major factor in King’s continued success. As has overcoming his major adversity (addiction) to continue working on his talents, such as the times he would use cocaine, Xanax, Valium, NyQuil, beer, tobacco, and marijuana on a regular basis.

How did Stephen King get so rich?

Carrie was King’s greatest tipping point success that led to his success. Soon after Carrie was published it was adapted into one of the best horror films ever, with the great Brian DePalma as director. From this point on, there was no stopping King. He started publishing more and more books, often publishing multiple times per year. His drive and determination were unstoppable. People devoured all of his books like the monsters in his books devoured people. Some of his best and best-selling books during his early period were Salem’s Lot, It, The Shining, and The Strand.

Many of Stephen’s books were made into films. For example, The Shining was made into a classic horror movie, with Jack Nicholson as the star and Stanley Kubrick as the director. Of all of his stories and novels that were made into films, Stephen King disliked The Shining the most. He has told on numerous occasions that he despised what Kubrick did with the protagonist, that he turned him into a heartless shell of a monstrous man, devoid of any redeeming features at all. Regardless, the film was one of the top 10 highest-grossing films of 1980.

He has also dedicated a lot of his effort into a fantasy series titled The Dark Tower, he created a whole parallel world, where the gunslinger Roland tries to track down “The Man in Black”. It was adapted into a movie as well, with Idris Elba in the role of Roland the Gunslinger. In the end The Dark Tower (2017 film) grossed over $113 million dollars worldwide adding to Stephen’s net worth.

His gargantuan book “It”, which spans over 1300 pages was made into two commercially and critically acclaimed horror films in 2017 and 2019, grossing $701 million and $211 million respectively. We should also note the series of films that were done by Frank Darabont, including The Mist ($57 million), the Green Mile ($290 million) and The Shawshank Redemption ($58 million) all majorly added to King’s worth. The last two being some of the highest rated movies on IMDB and Rotten Tomatoes, as well.

Forbes estimated his fortune at around $400 million dollars. Based on our calculations we make Stephen King’s net worth closer to $500 million in 2020.

As he recalls in his wonderful memoir On Writing, it took him more than 10 years to finally sell a story. That first sold story in 1967 was named Glass Floor and King was around 20 when he finally sold it to a magazine. He graduated from college with a degree in English but failed to find steady work. He did work as a high school teacher at times. Yet the majority of his income at the time came from men’s magazines. He would write and get paid for all kinds of stories in Cavalier and other magazines of similar ilk. During those days he kept up with his famous 6 pages a day rule, or 3000 words a day. That is the first thing he does, every day. It’s the kind of habit that instills in you greatness and one that we should aspire to add to our daily rituals, as well.

Carrie was his first novel published and the gateway to his fame, but not the first one he had written. In total, he recalls, Carrie was the fourth novel he had written. In his memoir, he recalls the phone call vividly. At first, King thought that something bad had happened when his agent told him to sit down on a call he received some dark evening. Then came the big surprise, Doubleday wanted to publish his book for $400 thousand dollars. King was in disbelief. After so many years of struggle, financial strain, fear, doubt and dread – finally his day had come.

Stephen King was an outsider throughout his life. His family lived in a highly conservative and religious area. Due to his father leaving people often shunned him. But he managed to twist that fear of the other, of the outsider, into a highly profitable writing career. That poor scared boy, who saw danger in everything that moved, turned into a horror genius and perhaps the most inventive, most prolific horror and fantasy writer that has ever lived.

Thanks to the love and support of his family, and his wife Tabitha, combined with an incredible determination and work ethic which had him writing 6 pages every day, led to him becoming one of the most read authors the world has ever known. For all those creative souls out there, look to Stephen King, forget about what the naysayers and passes by in your life may say, just look what hard work, persistence and a keen imagination can bring. 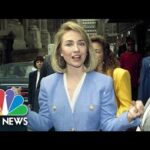 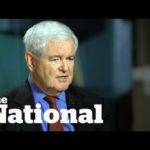