How much is JK Rowling worth?

Who Is JK Rowling

When looking at inspiring stories of people who found fame, it is hard to go past the life story of British author, J.K. Rowling. Her story is a modern-day fairytale, one that gives much inspiration that if one has the talent and drive, they can certainly achieve their goals.

Joanne Rowling was born on July 31 1965 in Yate, England. She graduated from the University of Exeter and then moved to Portugal where she met and married her first husband. She had a daughter, Jessica, in 1993, and soon after that her marriage ended and Rowling moved to Edinburgh with her daughter. While living on welfare, Rowling began writing the story of a boy wizard, an idea that reportedly came to her on a train journey from Manchester to London in 1990. It was when the first book of the seven-book series of Harry Potter was printed that JK Rowling shot to fame.

British author JK Rowling has a net worth in excess of $1 billion dollars, as of 2021. Rowling is considered to be one of the richest authors of all time.

How Did JK Rowling Get So Rich?

Joanne Rowling’s true claim to fame is undeniably the Harry Potter series. She shot to fame and entered the class of the wealthy with the very first book’s release. That wealth continued to grow with the release of the subsequent Harry Potter books. Additionally, she wrote a related book Fantastic Beasts and Where to Find Them. This book released in 2001.

However, Rowling’s money didn’t just come from the books. Even while the books were being released, Harry Potter was being adapted to film versions. The movies released between 2001 and 2011 starring Daniel Radcliffe, Emma Watson and Rupert Grint, became some of the top-grossing movies of all time, adding generously to Rowling’s overall wealth. In fact, it’s estimated that JK Rowling has earned $700 million dollars so far from the Harry Potter movies. The movie adaptions are often where the big money is for authors in modern times. Even the companion novel, Fantastic Beasts and Where to Find Them, was adapted to a movie version, from which Rowling earned a lump sum.

With Harry Potter becoming an international phenomenon, the character and its wizarding world became a profitable venture. The result was the Harry Potter themed parks in Orlando, Hollywood, and Japan, called Wizarding World Of Harry Potter. Rowling earned millions from the licensing fee of the attractions at the park. Rowling also launched her website, Pottermore, which earns her millions through numerous partnerships to sell audiobooks and e-books. In addition to all these earnings, Rowling earns a licensing fee for the Broadway play Harry Potter and The Cursed Child.

Rowling has also written a new series titled “Cormoran Strikes: under the name of Robert Galbraith. The first 3 books in the series have earned her close to $10 million.

With another Fantastic Beasts movie slated to release shortly, and Rowling’s profound talent for story-telling promising other creative ventures, JK Rowling will continue to see riches flow in.

JK Rowling’s journey was a rocky one, filled with testing times. However, what was a constant was her passion for books. From ever since she could remember, JK Rowling describes her love of books and her passion for not just reading but for story-writing too. She wrote her first story at the young age of 6. It was the story of a rabbit titled “Rabbit”. At 11 years of age, Rowling wrote another story about 7 cursed diamonds and the people who owned them. The idea of Harry Potter came to Rowling in 1990 but it was a long journey after that…

For the next five years, she planned out the entire Harry Potter series, divided into seven books. It was not an easy time for her. She had a daughter, got divorced, and needed welfare payments to support herself as a single mother. But through it all, she spent every spare minute writing the story of the boy wizard. When done with her manuscript, Rowling sent it to many literary agents, most of whom rejected it. However, one agent wrote back asking for the entire manuscript. This was the beginning of Rowling’s fame.

It was in 1997 that Harry Potter and the Philosopher’s Stone was published by Bloomsbury. Rowling’s imaginative style of writing about an orphaned boy, who discovers he is a wizard and enrolls in Hogwarts School of Witchcraft and Wizardry, won over children and adults alike. The book was a bestseller in no time. It won numerous awards including the British Books Awards. It was translated into many other languages and quickly became an international phenomenon.

Within a matter of months, JK Rowling had gone from being a single mother on welfare to a celebrated author known across the world. The subsequent books published in the Harry Potter series broke several records. The final book, Harry Potter and the Deathly Hallows released in 2007 and by then JK Rowling’s name was firmly entrenched in the list of famous authors of all time.

Anyone who has read Harry Potter is well aware of the depth of writing talent JK Rowling possesses and such talent deserves the success that she has seen. However, what can’t be denied is that not every talented person in the world gets to become a famous millionaire. So what sets Rowling’s journey apart from so many others wishing to be rich and famous?

JK Rowling’s rags-to-riches story reads like a modern-day fairytale. Born with a passion for books, she nurtured her gift of writing. Despite all the challenges she faced in life, Rowling never gave up on her writing. It was this unwavering commitment that helped Rowling write a story so brilliant that when fate gave her that one chance to be published, her story made sure she wouldn’t need a second one. There is no denying that stories like Harry Potter aren’t written often and perhaps even Rowling herself may never write something that equals the success of her Harry Potter series. However, the kind of talented writer she is, JK Rowling is sure to entertain us with many different stories in the future and she is sure to go down in history as one of the most celebrated and wealthy novelists of her time. 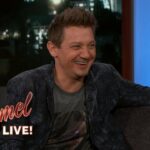 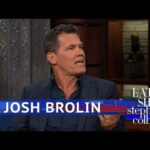