How much is Sean Kingston worth?

KiSean Paul Anderson was born in Miami, Florida but for much of his childhood he was raised in Kingston, Jamaica. His time spent there was so impactful on him that he later chose to take the stage name “Kingston” later extended to “Sean Kingston”. The capital of the island of Jamaica, Kingston is known for its deep rooted history of music, especially Reggae music, but other styles including rapping were also developing. Sean began experimenting with blending rap, reggae, pop, dancehall and doo-wop.

American-Jamaican singer and rapper Sean Kingston has an estimated net worth of $1 million dollars, as of 2023. He’s known for his hit songs “Beautiful Girls”, “Fire Burning”, and “Eenie Meenie”.

However, having grown up in Jamaica since he was six years old, he had also developed a network of friends and caught a charge of breaking-and-entering at just 11 years old. To make matters worse, when he was 13 years old, his mother and sister were charged with identity fraud and sentenced to prison. Sean spent time in homelessness and grew up fast, but this all later played into his lyrics.

Kingston began to write rhymes and hooks and initially contacted producer J.R. Rotem via MySpace. After taking the time to listen to Kingston’s experimental tracks, Rotem signed him as an artist to his label, Beluga Heights. The Sony imprint Epic Records won in an outright bidding war to gain the rights to distribute Sean Kingston’s self-titled debut. In 2007, the dark hip hop song featuring The Game and Rick Ross, “Colors” was released. Kingston was just 16 years old at the time.

While the release failed to chart significantly, the setback caused Kingston to go back to his roots developing a sunnier sound. His next single blended sounds and a sample of Ben E. King’s “Stand by Me” to release “Beautiful Girls”. The new single quickly began climbing the pop singles chart. It was then released for digital downloads and with 260,000 sales in its first week, it became the second highest digital sales for a new song that year behind only Rihanna‘s “Umbrella.” The song reached #1 in the US at the end of July, 2007.

Much of the inspiration for his debut album, Sean Kingston, came from the smoother and less hardcore sound that he developed after the setback he had experienced with “Colors”. In July 2007, his eponymous album centered around the sound developed in “Beautiful Girls” was released. It climbed the Billboard 200 chart making it to number 6 and was eventually certified Gold by the RIAA. The second single from the album “Me Love,” also became a hit. It wasn’t long after, that Kingston made high-profile tour appearances opening for the likes of Beyonce, Gwen Stefani and Kelly Clarkson.

In 2009, he released his sophomore album, Tomorrow. This time Kingston blended a dance-oriented Europop sound into his dancehall and reggae-style and with hit singles “My Girlfriend”, “Fire Burning” and “Face Drop,” the album peaked at number 37 on the Billboard 200. In 2013, he released his studio third, Back 2 Life after his single “Back 2 Life (Live It Up),” featuring rapper T.I. had been a hit. He also released the single “Letting Go (Dutty Love),” featuring Nicki Minaj. Bolstered by featured artists that also included Wiz Khalifa and Chris Brown the album made it to number 33 on the U.S. R&B chart.

After announced plans for his upcoming fourth studio album in 2013, stating that he will be recording with Disney and pop star Zendaya, nothing materialized. Then in, May 2015, Kingston posted a snippet of the then-upcoming lead single from his fourth studio album. He later released “Wait Up” (2015), “One Away” (2016), “Breather” (2017), in collaboration with Takagi & Ketra and Giusy Ferreri, “Amore e Capoeira” (2018) and “Peace of Mind’ (2019). Road To Deliverance was finally released in September, 2022, after having released “Darkest Times,” featuring G Herbo, in May 2021.

While Sean Kingston has sold over 750,000 albums, and earned well from his touring and other live performances, he has also had a series of financial troubles. In total, Kingston may have earned total career income of around $5-9 million dollars. Of that amount, around $300-600,000 is expected to have been paid in business related costs. The remainder, $6.55 million, will have been taxed at a rate of around 45% as Kingston has been residing in the state of California and earned large sums between 2007-10. However, taxes were also a little less back then. After tax, it is estimated that his career earnings are at around $3.6 million dollars, having paid $2.95 million dollars in taxes.

Despite his income, there had been allegations made against Kingston that he had not made payment for items purchased. Aqua Master: Diamond Watches is an upscale retailer showcasing diamond, luxury sport watches and jewelry. Reportedly, Kingston failed to pay for nine pieces of jewelry, included two diamond necklaces, more than one gold chain, a ring and two watches. In 2018, he was ordered to pay $301,500 to the New York City jeweler, Aqua Master.

It is not the first time he has had a run in with a jeweler, either. He has previously been ordered to pay $44,000 to a Florida jeweler for non payment, in 2016. Two years earlier, in 2014, he allegedly did not pay for $200,000 worth of jewelry to an Avi “Da Jeweler” in New York. During these proceedings, and more non payment from Kingston, allegedly he also wasn’t paying his lawyers, it was reported in 2017 that he was in dire financial troubles.

Sean took the name and vibes from where he grew up, Kingston in Jamaica. After some development he produced a sound that sold well, with over 500,000 sales of his fist album, Sean Kingston. Since then, while his record sales have not been as high, he has added to his earnings through his tours and live appearances. However, it seems that he has not yet managed to get a handle on his spending and has sullied his image after a series of lawsuits relating to unpaid jewelry purchases. 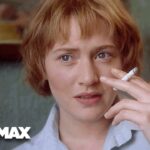 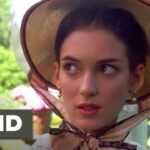