How much is Wiz Khalifa worth?

Cameron Jibril Thomaz, also known as Wiz Khalifa is a rapper, songwriter, singer, and actor. He was born on September 8th, 1987 in Minor, North Dakota. Both his parents served in the military and they divorced when he was just 3 years old. He moved around with his mom before they settled in Pittsburgh in 1996. They lived in the UK, Germany, and Japan. He went to a school called Taylor Allderdice High School. He was writing and performing his own songs at a very young age.

American rapper, singer, songwriter, and actor Wiz Khalifa has an estimated net worth of $80 million dollars, as of 2022. Khalifa’s “See You Again” lyrics became an international success after being used for Furious 7’s closing scene.

He got his stage name by combining “Wiz” which was a short form of Wisdom and “Khalifa” which is an Arabic name for Successor. At the age of 15 Wiz was already recording music in I.D Labs, they let him record for free because they loved his passion and were impressed with his lyrics.

At the age of 16, Wiz Khalifa had impressed Benjy Grinberg, president of Rostrum Records after he heard his work on a mixtape in 2004. He then decided to sign him to the label for a 7-year contract. In 2005, Wiz released his 1st mixtape called Prince of the City: Welcome to Pistolvania. This allowed him to progress onward to releasing his 1st studio album Show and Prove. That year Rolling Stone magazine acknowledged his efforts and he was named the artist to watch.

Wiz signed to Warner Bros. Records in 2007 and released two mixtapes, Grow Season on the 4th of July and Prince of the City 2 on the 20th of November. His single “Say Yeah” entered the Billboard Rhythmic top 40 as number 25. He released two more mixtapes under Rostrum Records, one in September 2008, Star Power and the other in April of the next year called Flight School. He then had to cut ties and move on from Warner Bros. in July 2009 because of the delay they did in releasing his album First Flight.

He then continued progressing under Rostrum Records where he released a mixtape on 9th August 2009 called How to Fly that was a collaboration with fellow artist Curren$y. His fame started to rise when he opened the stage for Wu-Tang Clan’s U-God in 2009 at the CMJ Marathon and when he released his mixtape Burn After Rolling. It included beats from popular artists such as Beyonce and Drake that he rapped over.

Wiz released his second studio album on 24th November 2009 titled Deal or No Deal. He featured as one of the top 10 freshmen that year, on the cover of XXL magazine in March 2010. He was also given the title of “Rookie of the year” that same year by The Source alongside Rick Ross who was titled “Man of The Year”. He then set off on a 20 date tour for his album Deal or No Deal with fellow artist Yelawolf and released a mixtape called Kush and Orange Juice on the 14th of June. Due to the love of his fans, the mixtape was hashtagged on twitter as the number one trending topic and ranked also as number one on Google.

He featured in Rick Ross’ remix for his single called “Super High”. He also won by 70,000 votes as MTV’s Hottest Breakthrough MC of 2010 beating the likes of J.Cole, Nicki Minaj. That same year, he performed at the BET Awards. He then released the single “Black and Yellow” that hit the charts. It entered as number 1 on Billboard’s top 100.

He released his debut album on 29th March 2011 under Atlanta Records titled Rolling Papers which entered Billboard’s 200 charts as number 2 and sold 197,000 copies in its first week. It included the hit track “On My Level”.

He then won an award for Best New Artist on the BET Awards the same year. In 2012, he released his 2nd studio album under Atlanta Records called O.N.I.F.C which entered the charts as number 2 with 131,000 copies sold in the first week.

In 2014 he released Blacc Hollywood yet his meteoric rise to fame and when he started becoming a household name, was when he released “See You Again” that same year which made the closing scene of Furious 7 saying goodbye to Paul Walker, who died in a car accident during production.

He’s since released another album called Rolling Papers 2, in 2018.

Wiz also starred as “Devin” in the movie Mac and Devin Go to High School with Snoop Dogg and in Gangs of Roses 2: Next Generation as “Timmy” in 2012.

Wiz Khalifa has been really successful over the years with hit singles such as “Black and Yellow” reaching over 260 million views, “We Dem Boyz” reaching over 240 million views, and “See You Again” which knocked it out of the park reaching over 3 billion views on YouTube. In 2017, he earned an estimated $28 million from his strain of marijuana called Khalifa Kush and his app called Weed Farm which has had 4 million downloads since its release. He also earns from his record label Taylor Gang Entertainment whereby he has signed big artists such as Ty Dolla $ign and Juicy J. He also earns a lot from his album tours.

There is a lot to learn from Wiz Khalifa’s success. His persistence has led him to be one of the best rappers in the world. He never slows down and is always working on tours and releasing his music to his fans. He says to be successful you need to be a pioneer and you should be your own boss. He is always focused, determined, self-aware, and in control. He has a great team beside him, Taylor Gang Entertainment which is made up of friends and fellow rappers that he holds close as family. His personality brings energy to himself and for the people around him.

Wiz Khalifa has never been married but has one child, Sebastian Taylor Thomaz, with Amber Rose. In his personal life he has likely spent $4-5 million dollars of his career earnings but also earned $3-4 million dollars from his investments. He will have also had to pay around $3 million dollars in business related costs.

In real estate, Khalifa was renting and paying $16,000 per month, $192,000 per year, to live that way. Then in 2019, he bought a $3.5 million dollar property in Encino, Los Angeles. As he also owns assets, not including real estate or securities, valued at an estimated $2-3 million dollars, it is likely that Wiz Khalifa has a net worth of about $80 million dollars.

The rapper, songwriter, and actor, began his career at a very early age. He had discovered his purpose in life and put all his focus and his drive into it. He is also a businessman and his boss mentality made him who he is today, a very rich and successful individual. 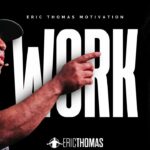 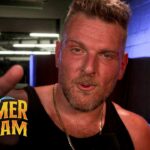