How much is Rihanna worth?

Tirelessly bringing you one dance hit after another—on her own and in collaborations with Jay-Z, Kanye West, Eminem, Ne-Yo, Sean Paul, Slash…

Everyone wanted to stand under Rihanna’s umbrella (ella-ella) when she first hit the scene in 2005. Now in 2020 she’s still making headlines for her catchy music, nonsensical lyrics and surprising entrepreneurship.

Rihanna was born in Saint Michael, Barbados on February 20, 1988, as Robin Rihanna Fenty. She came to the U.S. when she was only 16 years old to pursue her dreams as a musician. For her professional career, she decided to adopt the name, Rihanna. She is a musician, songwriter, businesswoman, and an actress. Her career began in 2003 and she is still actively working in the music industry. While Rihanna is known internationally for her music, she has also involved herself in humanitarian causes, entrepreneurial ventures with her new “Fentry” brand, and the fashion industry.

How did Rihanna get so rich?

Eight months after her first album, one of her songs from her second album, A Girl like Me, went Platinum. Only three years after arriving in the United States Rihanna was already quickly reaching superstar status. She won her first Grammy with the hit “Umbrella.” After her next few albums, Rihanna reinvented herself and her music became more controversial and suggestive.

Her cutesy image was transformed into a very risque and sexy woman. This caused her fanbase to grow exponentially! Once given an opportunity, Rihanna became an almost instant success. Within 10 years of arriving in the states, Rihanna had become the most successful female musician in the world. RiRi has won countless awards and even a National Holiday in Barbados is named after her. She is now also an entrepreneur, using her second name “Fenty” to found her own brand of make-up as well as a new line of high-end sunglasses.

The Fenty Beauty brand was bought by billionaire Bernard Arnault who is Chief Executive of LVMH, the company that owns Louis Vuitton. Rihanna still owns a 49.99% stake in her brand that she launched only a few years ago in September 2017. And since the sale and continuous growth of this new up and coming cosmetic and luxury fashion brand, Rihanna has added $400 million dollars to her net worth. She has joined the many celebrity turned entrepreneur among the likes of Jessica Alba with her Honest brand, Kylie Jenner with Lips and Gwyneth Paltrow with Goop.

But Rihanna isn’t only about money, she has shown amazing character by creating the Believe Foundation that helps the terminally ill children and funds countless charities for a wide genre of victims.

Rihanna is now also the highest-paid female musician in the world. She has accomplished a lifetime of achievements and still in her 30s, Rihanna will quite likely become a billionaire within the next ten years.

Rihanna had a passion for music as early as the age of 7, this is when she started singing, finding reggae as her inspiration. RiRi definitely came from humble beginnings. She was a big sister to two brothers, lived very poor in a small home, and had an abusive father who was an alcoholic and was addicted to crack.

When Rihanna was only 14, she was obligated to work as a cashier to help her mother make ends meet. She was bullied for having light skin but she always felt that being the sister of two brothers she had to be a strong woman. She still maintains this image today. Rihanna knew in her gut that she could be a star, despite her problems at home, if only she could sing for the right person.

She began a music group singing mostly Destiny’s Child when she was 15 with a couple of friends. By chance, one of her friend’s mothers happened to know a famous music producer. An audition was set-up for Rihanna and as soon as the producer heard the group sing, he knew that Rihanna would be a successful musician.

She came to the US when she was 16 to start recording. After the demos were delivered to several labels, Def Jam Recordings asked her for an audition. Jay Z was the one who watched Rihanna perform and he knew by her style and her talent that she was going to make it.

Rihanna signed her first record label after this audition with Def Jam. This was a very pivotal moment in Rihanna’s career and was the beginning of her rise to fame. Her first debut song made it to one of the top hits worldwide. Once her name became quickly well-known in every household, Rihanna was catapulted into superstardom quickly and well-known worldwide.

Rihanna’s success has a lot to do with luck but has also taken a lot of perseverance. Her struggles as a child were the fuel that gave her the motivation to pursue her many ventures. She was raised in an incredibly toxic environment having a father who was physically abusive due to his addiction to drugs. She didn’t let the unfortunate circumstances that she was born into break her.

As difficult as it must have been for her to continue to hope and hold on to her ambitions and dreams she chose to let the situations around her that were out of her control make her strong and resilient. It’s been said that she knew as an adolescent that she had star status potential if only given a lucky break. A lucky break is exactly what she received.

While her success did have something to do with luck it also came from within, she never stopped pursuing her dream, and once she was noticed it took a lot of hard work on her part to become such an epic icon. Venturing off to be an entrepreneur was also a wise idea for this young celebrity. She had the smarts to see that her popularity would draw in a lot of business for her fashion line. She leveraged her celebrity states well as others have done to create the Fenty brand allowing her to sell cosmetics and fashion items globally. Now with her partnership with Bernard Arnault and the LVMH brands, which include Louis Vuitton, it’s likely that she will become a billionaire through this endeavor.

Perhaps getting her foot in the door to that audition for Jay Z was by chance, but the rest of her successful career was through her hard work and determination. Her story gives hope to perhaps any child that struggles at home that there is a brighter future and to never give up.

We calculate Rihanna is worth about $600 million dollars in 2020. Owing most of her wealth to the “Fenty” brand that she founded in 2017 and it’s subsequent sale to Bernard Arnault less than 2 years later.

Statistically, Some could say that Rihanna had a very slim chance for such an epic life. She is an amazing woman for so many reasons, but I think the most important characteristic to point out is that Rihanna never forgets her difficult beginnings and always remains humble no matter how successful she becomes. She is very kind and cares about humanity, shown clearly through her foundation and philanthropic efforts. It’s a breath of fresh air to see a girl come from such a disadvantaged childhood and become the most successful female musician in the world. This fortune couldn’t have happened to a kinder soul. 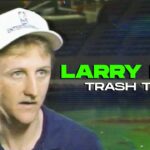 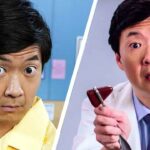