How much is Nicki Minaj worth?

Who is Nicki Minaj

Born in Trinidad and Tobago, Nicki lived there until she traded her Caribbean island for a different kind of island—Queens, on the Long Island of New York. Recognizing her innate ability to perform, Nicki attended the famed LaGuardia High School of Music and Performing Arts. Then, like her techy counterparts Lily Allen and Sean Kingston Nicki got acquainted with a little thing called MySpace. Nicki’s MySpace page showcased the pint-sized cutie’s awesome freestyle skills and innovative and unexpected rhymes.

As of 2021, we estimate Nicki Minaj has a net worth of $90 million dollars. That makes her one of the richest female rappers of all time, among the likes of Queen Latifah and Missy Elliott.

Nicki gained recognition after releasing her first mixtapes in 2007, 2008, and 2009 titled Playtime is Over, Sucka Free, and Beam Me Up Scotty. When she was only 5 years old, her family moved to Queens, New York. During her teen years, Nicki was more into acting, enrolling at the LaGuardia High School of Music and Art, which was the setting for the film Fame. She took part in the off-Broadway play In Case You Forgot, but her foray into acting was one of constant struggles. Minaj was forced to work as a waitress at the Red Lobster restaurant in the Bronx, from which she was fired because she showed discourtesy to the customers – the same reason she claims she was fired from 15 other jobs.

Minaj turned her mind to music and backup-ed for Full Force, a Brooklyn group in the beginning. Then she began writing her own material and showcased her work on her MySpace page which led to Fendi, CEO of Dirty Money, discovering her and the reason for her meeting Lil Wayne.

Her big break came when Lil Wayne himself collaborated with Nicki on her single ‘High as a Kite’ in 2008.

Dirty Money Entertainment was first smitten with Nicki’s killer curves and invited her to be part of their urban DVD magazine The Come Up. She was featured in several issues of the magazine before famous and infamous rapper Lil Wayne got a hold of one of the issues in which he was also featured and contacted the budding rapper before signing her to his label, Young Money. With the help of Lil Wayne, Nicki began collaborating on mix tapes with the likes of T.I. and Jeffree Star.

Before she met Fendi, she rapped in a quartet called The Hood$tars, recording five songs with the group, including the entrance theme song – Don’t Mess With – of WWE wrestler Victoria. After meeting Fendi, Nicki was signed on by Dirty Money Entertainment. It was during that time that she adopted the stage name, Nicki Minaj. Nicki had previously toyed with various personas, reinventing herself, variously, as Cookie and Harajuku Barbie to escape her very difficult early years with her father, who burned her house down in a failed attempt at murdering her mother. Nickie’s dad was a drug addict with a history of violence.

Her meeting with Lil Wayne led to collaboration on a series of mixtapes, resulting in the release of Playtime Is Over (2007), Sucka Free (2008), and Beam Me Up Scotty (2009). Later in 2009, she was featured in the We Are Young Money compilation album.

A year later, in November of 2010, Nicki released her debut album Pink Friday, after eight singles had been pre-released to promote the album which went triple platinum. Singles like ‘Massive Attack’ and ‘Your Love’ that had been released earlier in the year. It was nothing short of an overnight sensation, Nicki topped Billboard Hot 100 charts and was performing ‘Check it Out’ with big leaguer Will.I.Am before anyone could ask, “who is this girl?”

She was named some two months later at the BET Awards as the Best Hip Hop Female. Between 2012 and 2014, she released Pink Friday: Romand Reloaded, which was led by the catchy dance number Starship, and Pinkprint, which featured superstars like Beyonce, Chris Brown and Ariana Grande.

But Nicki’s music isn’t the only thing that has created buzz for the rap newcomer. She stirred the rumor pot regarding her sexuality when she explained to magazines that although she does not date men or women, she embraces both genders. Similarly ambiguous, but mostly confusing, is Nicki’s outlandish style. The songstress, who has said she doesn’t want young girls to think they have to be as sexual as the music industry portrays most young artists, often completely covers up in skintight patent leather or outer-rib-like contraptions. But whether she’s donning pink hair or a gold exoskeleton, we’re buying what she’s selling.

How did Nicki Minaj get so rich?

Nicki Minaj got rich mainly because she worked hard and released a lot of music that helped her stand out as one of the premiere female rappers ever. In 2010, she became the first-ever female rapper to perform at the Yankee Stadium. Her other accomplishments from 2010 are appearing on the Annual Hottest MC List made by MTV, as well as, becoming the first woman to ever have seven different songs on Billboard’s Hot 100 chart simultaneously. She even received her first Grammy award nomination for her verse in the Ludacris song My Chick Bad.

To end the successful 2010, Minaj released her debut album Pink Friday. In just one week, more than 400,000 copies were sold and the album was generally well received. In both 2010 and 2011, Minaj kept on promoting her debut album by releasing different singles and performing them on popular shows such as Saturday Night Live, Good Morning America, and Victoria’s Secret Fashion Show. In 2011, Minaj was nominated for three different Grammy Awards, and she won her first VMA award – Best Hip Hop Video for her song Super Bass. In February 2012, Minaj focused on her second album Pink Friday: Roman Reloaded and released the lead single off it – Starships. The song became the fifth best-selling single of the year and, also, one of the best selling singles of all time.

In between releasing singles and albums, she performed four concert tours, lent her voice to Steffie in 2012’s Ice Age: Continental Drift, and debuted in 2014’s The Other Woman, opposite Cameron Diaz. She was nominated for a Teen Choice Award in 2016 for her role in Barbershop: The Next Cut.

In the business world, Nicki has endorsed various brands, the most recognized of which were MAC Cosmetics, Adidas Originals, and Pepsi. Nicki is also a shareholder of the Tidal streaming service.

Shortly after she joined Big Fendi’s label, in July 2007, Minaj released her very first mixtape titled Playtime is Over that included 20 songs. Because female rappers weren’t that popular at the time, the up-and-comer received a lot of attention and positive reviews. The mixtape is considered to be unique (in comparison to the albums of other female rappers) because Minaj focused on the content of the entire mixtape rather than her sex appeal. That is also the reason why even now, she is considered to be one of the most influential female rappers of all time.

Almost a year after her first mixtape was released, in April 2008, Minaj released her second – Sucka Free. Even though the mixtape mostly included samples of other popular hip hop records, it featured collaborations with established hip hop artists. Lil Wayne, Gucci Mane, Lil Kim, and Jadakiss were just some of the many names that Minaj worked with for her mixtape. The mixtape helped Minaj receive her first major award – Female Artist of the Year at the Underground Music Awards. Exactly a year later, her third mixtape Beam Me Up Scotty was released and it received good coverage on both MTV and BET. One of the songs I Get Crazy reached number 20 in the Billboard Hot Rap Songs chart, which was her first entry in the chart.

From the time she released her mixtapes to the singles she released in 2017, Nicki Minaj is the first female artist to have more entries on Billboard Hot 100 after Aretha Franklin.

This Trinidad-born American is a hip hop artist, songwriter, singer, model, and actress who boasts 7 singles charted on Billboard 100 at the same time.

Aside from this powerful motivating factor, Nicki’s talent is obvious in her ability to generate sell-out singles and albums. While critics may lambast her for selling out when she crossed over to pop and dance with Starship, that was a commercially astute move.

Her success with her singles and album led to awards and work opportunities on many projects. She was able to revive her acting career and appeared in TV series, music videos, and movies, all of which helped her to cement her popularity.

We calculate Nicki Minaj is worth $90 million dollars in 2020, and this amount will surely rise in the future as we have a feeling that Nicki who took time off to raise a family is not quite done with her fans.

When it comes to artists, especially rappers, Nicki Minaj is truly one of a kind. She spent years working her way to the top and was able to release four different albums, all of which were sold out as soon as they were released. Her talent was immediately recognized by people in the music industry and her work is appreciated by music lovers all over the world. The number of awards and accomplishments she has received over the past couple of years prove just why Nicki Minaj is one of the best rappers of all time. 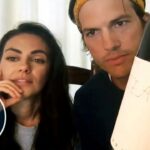 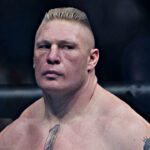