How much is Gucci Mane worth?

After helping to pioneer a sub genre of rap that has become bigger than life itself, the trap rapper Gucci Mane, born Radric Delantic Davis, has become a legend as he has gone on to release hundreds of hours of music within a fifteen year span. Throughout his whole career, Davis has given newcomers a platform to prove their worth by recording mixtapes with the likes of Migos and Lil Uzi Vert, almost singlehandedly starting their extremely successful careers. In between releasing dozens of albums and kickstarting rappers’ careers, the legend has seen brief success in Hollywood, playing an exaggerated version of himself in the controversial Spring Breakers, and even becoming a fashion icon, going on to model for Gucci.

American rapper and record executive Gucci Mane has an estimated net worth of $10 million dollars, as of 2022.

With other famous rappers T.I. and Young Jeezy, Davis helped pioneer the rap sub genre, trap. In his early years of trying to escape the criminal underbelly of Atlanta that he had gotten himself caught up in, Mane would go on to release albums even named after the genre, starting with his debut album, Trap House. Though T.I. and Young Jeezy have gone on to work on more pop oriented and radio friendly music, Davis has staid true to his roots, firing out new music dripping with filthy trap beats on an almost monthly basis.

The rapper has become notorious for releasing hours of music every single year. Though it seems like he is trying to gain success through saturating the industry with so much music, Davis records so much because it’s his passion and he seemingly has an adoration for collaboration.

The rapper has not only released and astonishing 12 albums in just 15 years, which is already an impressive output, but he has also put out over 70 mixtapes, most of them being collaborations with the likes of Yo Gotti, Future, 808 Mafia, Young Thug, and Migos to name a few. Mane now has a discography so large that it could have its own streaming service.

After a brief stint in acting, Gucci Main found new audiences from movie goers when he had a staring role in Spring Breakers. The movie, directed by Harmony Korine, was highly controversial as it featured bikini clad babes running around and toting machine guns, and the fact that two of the main characters are played by former Disney actresses, Vanessa Hudgens and Selena Gomez, caused even more controversy. Nevertheless, the movie had a very low budget of $5 million and went on to become a great success, making $31.7 million worldwide, and much of that success was largely due to the all the talk of the controversy.

The rapper has seen a lot of wealth from his high charting albums and songs. His biggest chart success to date is his guest spot on the Rae Sremmurd track, “Black Beatles”, which reached the top spot on the Billboard Hit 100. On top of that, he has had two of his own tracks peak in the top 20 of the Hot 100 and has had seven albums chart in the top 10 of the Billboard 200.

You could say that the rapper’s dreams came true when Gucci Mane became somewhat of an ambassador for the very luxury brand he named himself after. After successfully losing a lot of weight and getting fit and healthy, Davis was prominent in Gucci’s advertising campaign for Gucci Cruise 2020 that was directed by none other than Harmony Korine, the experimental film director who had previously directed the rapper in the controversial movie, Spring Breakers.

Though it is undisclosed how much the rapper made for endorsing Gucci, it’s likely to be a high figure due to Gucci’s being such a luxury brand.

Though the rapper has been writing poetry since he was a child and his bars are fast paced and full of wordplay that would make a linguist blush, he is most successful for the other element of his music; the beats. Davis probably didn’t know that he was producing the future of hip hop when he created Trap House fifteen years ago, but that’s exactly what he did.

Fifteen years later, trap is still the phenomenon that it was back then, outlasting other sub genres such as crunk, proving that trap is an authentic form of music and that Gucci Mane is an innovator.

Gucci Mane is more of a collaborator than anybody else in the industry. More than willing to share his beats with rising newcomers and seasoned elites alike, Gucci Mane has recorded dozens of collaborative mixtapes over the past 20 years. This is one of the biggest reasons why Davis has seen such a high amount of success.

And as the rappers the Mane first gave a platform to become more famous, they return the favor and Mane has now gotten access to working with Drake, Mariah Carey, and even Marilyn Manson.

Though it may be strange that something so small as a tattoo can launch you in to stardom, that is exactly what happened. As it is now exceptionally common amongst mumble rappers to get face tattoos that look like graffiti scratched on to a toilet cubicle, Mane was the first rapper to famously get the now iconic tattoo of an Ice Cream colored none other than a glowing pink on his cheek. The tattoo has done wonders for the rapper and helped him become recognizable across the entire globe.

Though Davis had a rough upbringing and was allegedly pulled into some shady criminal activities throughout the 1990s and 2000s. Yet he grafted through it by recording music, and as it was before the days of soundcloud and uploading music on to the internet, he pressed it on to 1000s of CDs himself. The rapper entertained the notion of collaboration, which has now become his forte, and after over a hundred full length releases, Gucci Mane now has an estimated net worth of $10 million. 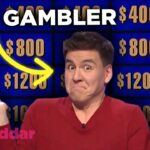 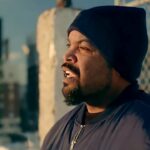