How much is Lil’ Kim worth?

Kimberly Denise Jones is a rapper and songwriter from America. She is famous for her explicit music lyrics and her sexually attractive image. She was born Brooklyn, New York as Kimberly Denise Jones. Her parents divorced when Kim was eight years old, and her father was given custody. She began her schooling at Queen of All Saints Elementary School and later attended the Sarah J. Hale Vocational High School in Brooklyn. Kim went to Sarah J. Hale Vocational High School for less than 3 years then later she was transferred to Brooklyn College Academy for not being serious with her school work.

Kim’s relationship with her father was allegedly brutal, and it ended with her eventually being kicked her out of the house. These events led to her dropping out of school, and Lil’ Kim living in the streets as a teenage girl.

American rapper, songwriter, and reality television personality Lil’ Kim has an estimated net worth of $700 thousand dollars, as of 2022. Kim lived much of her adolescent life on the streets after being expelled from home.

Lil’ Kim met Christopher Wallace famously know as Notorious B.I.G by chance in the streets, and after doing an unrehearsed freestyle rap, he was convinced that she could become a rapper. Lil’ Kim joined the group M.A.F.I.A in 1994, she was still just a teenager at the time, and this became the stepping stone to her career.

She stopped having to work at department stores and running errands; she used to do whatever it took to survive. She earned far more money with the group than she had ever done before and that was just the beginning of her career.

Lil’ Kim’s success exploded after her first album was released in 1996. It sold 78,000 copies in its first week and over 5 million worldwide. The album made its ways to the top of the Billboard rap tracks charts and likely earned her around 5-10% of the gross.

She began by being a guest performer on R&B albums, and later in November 1996, her first album Hard Core was released. She rose to fame when her album became the highest grossing first appearance for a female album at the time, and it placed at number 11 on the billboard 200. As well as third on the billboard’s top R&B albums. She is known for her fearless promiscuous image, her raw flow, and her music’s suggestive lyrics.

Lil’ Kim later teamed up with Left Eye, Missy Elliot, Da Brat, and Angie Martinez to make a remix for “Not Tonight”, the song became a top ten in the Billboard hot 100. In 1997, she promoted the album by performing on P. Diddy‘s tour that went through to 1998.

Kim has had some major achievements throughout her music career. The most memorable one being her album Hard Core, which has sold over 5 million copies worldwide. It was certified gold and platinum in 1997 and later doubled platinum in 2001.

The album’s lead single track “No Time” featuring P Diddy was certified gold by RIAA and the remix “Not Tonight” was certified platinum, nominated for a Grammy award and used as a part of the soundtrack to the movie Nothing to Lose. In 1998, Kim opened her label, Queen Bee Entertainment and she modeled for many fashion and pop culture companies.

At one point, Lil’ Kim was estimated to have had a net worth in excess of $15 million but unfortunately for Kim, in 2018, she had to file for bankruptcy with $4 million dollars in debt. As all brilliant artists do, she has made a comeback and after paying off her debts she is slowly earning her fortune back.

After leaving the group M.A.F.I.A in 2001, Lil’ Kim continued to earn money as guest performer on several R&B albums as well as releasing Whoa in 2006. However her career slid downhill. No one knew how bad her financial troubles were, until June 12, 2018, when Lil’ Kim filed for bankruptcy. It turned out that she was owing $667,000 in late mortgage payments causing her to lose her $3 million dollar mansion in New Jersey to foreclosure. She also owed over $1.5 million in federal income taxes and after everything was said and done had a total of around $4 million dollars in debt. It turns out that her career had slowed down so much that in 2016, while she had earned $823,000 in 2017, that number had dwindled to $398,000.

While Lil’ Kim’s Career earnings may have been as high as $33 million, the way that she managed her finances caused her to lose her wealth. Of that $33 million, some 49% at least, will have gone in the way of taxes. After tax, she will have had something like $16.83 million, having paid $16.17 million dollars in taxes.

After her financial crisis in the 2010s, and making a comeback, it is estimated that Lil’ Kim has a net worth of around $700 thousand dollars. Her life is more stable now it appears, she is currently in a relationship with Mr. Papers and releasing new music.

Her album, The Notorious Kim that was released in June 2000, gave a new and improved image of Kim, and the songs were generally received well by listeners. Kim was successful in the early 2000s because as much as she was a hard worker, she was willing to team up with other talents that saw her make significant accomplishments.

Despite coming from a broken family, Kim defeated all odds and became a successful female rapper. Her music is known to promote sex-positive feminism. The late Notorious B.I.G was a significant contribution to her career and personal life, and she was greatly affected by his death. Lil’ Kim has since made a come back with her fifth album, 9, which came out in 2019. 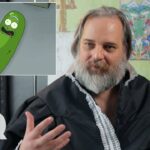 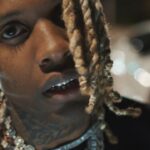