How much is Cameron Diaz worth?

The perky blonde first made a splash as the object of Jim Carrey’s affection in The Mask before she cemented her A-list status as the title character in There’s Something About Mary, making film history for inadvertently styling her hair with spunk.

Who Is Cameron Diaz

She was working as a model when, with zero acting experience, she landed a starring role in a hit film and never looked back. Cameron Diaz had Jim Carrey and every man in America enamored as the sexy lounge singer Tina Carlyle in The Mask from the moment she stepped onscreen. She’s come a long way since then, portraying everything from a bubbly secret agent to a desperate mother.

Born Cameron Michelle Diaz, the youngest of three to Billie, an import-exporter, and Emilio Diaz, a Cuban-American oil worker, in California, she attended Long Beach Polytechnic High School. As a teen, Cameron started modeling and got a contract with Elite Model Management. She modeled for five years before she auditioned for The Mask after an Elite agent recommended her to the producers. The 1994 film ended up being a huge success and her star began to rise.

She followed The Mask with small, independent films in an attempt to hone her craft before she was cast in My Best Friend’s Wedding alongside Julia Roberts in 1997. The following year, she landed the role that made her a household name when she played Mary Jensen, an orthopedic surgeon men can’t stop falling madly in love with, in There’s Something About Mary. She was nominated for a Golden Globe for Best Actress in a Musical or Comedy for the part in the Farrelly Brothers comedy.

In 1999, she proved that she was a serious actress and scored her second Golden Globe nod when she ditched her bombshell looks to star as a frumpy cat lady in Being John Malkovich. She was nominated again in 2002 and 2003, for the films Vanilla Sky and Gangs of New York, respectively.

In 2000, she was cast alongside Drew Barrymore and Lucy Liu in a remake of the classic Charlie’s Angels. The film became an enormous success, and she made history with the sequel, Charlie’s Angels: Full Throttle, as the second actress in history to earn $20 million for a single film. She continued her reign as one of the highest paid actresses in Hollywood over the next few years with roles in Shrek, The Sweetest Thing, In Her Shoes and My Sister’s Keeper.

Taking A Swing At Romance

After their breakup, Diaz had casual romances with model Paul Sculfor and even a rumored fling with magician Criss Angel before she was spotted with Yankees third baseman Alex Rodriguez following his breakup from Kate Hudson.

Diaz continued to enjoy success and the single life with blockbusters like Bad Teacher with Justin Timberlake and The Green Hornet with Seth Rogen. Yet in 2015 she surprised everyone when she married American musician, Benji Madden.

Defining Quote “I can’t even count how many times I’ve gotten on a plane for love. It’s not unusual in this business; my lifestyle demands it. I’m always traveling for c*ck. You’ve got to go where it is.”

Cameron Michelle Diaz was born in San Diego in 1972 as the youngest of four sisters. She once described herself as an “adventurous … tough kid.” She began modeling when she was 16, and it’s reported she was discovered at a Hollywood party by a photographer who helped her get a contract with the Elite Modeling Agency. She’s worked for companies like Calvin Klein and Levi’s.

In 1994, she was cast in The Mask alongside Jim Carrey despite having no real acting experience. It was one of the highest-grossing movies of the year, and it’s credited with turning Diaz into a sex symbol. Following were a few independent films like The Last Supper, Feeling Minnesota, She’s the One, and Head Above Water. In 1998, she starred in There’s Something About Mary, and got a Golden Globe nomination for the role. The next year, she got another Globe nomination for her work in Being John Malkovich.

2001’s Vanilla Sky and 2002’s Gangs of New York earned her more Globe nominations, and in 2010, Forbes Magazine ranked her the richest Hispanic female celebrity. CEOWORLD magazine listed her as one of its Top Accomplished Women Entertainers.

Diaz endorsed Al Gore in the 2000 presidential election, and is an advocate for military families. She’s involved in the nonprofit Iraq and Afghanistan Veterans of America.

In the early ’90s Diaz had a relationship with video producer Carlos de la Torre. Later in the ’90s she dated actor Matt Dillon. She was once engaged to musician/actor Jared Leto, though it was called off. From 2003 to 2006, she dated singer Justin Timberlake, and more recently she dated the New York Yankees’ Alex Rodriguez.

Diaz’s father, who passed away in 2008, is of Cuban descent. When she was a teen she traveled around the world in pursuit of her modeling career, to places like Japan, Mexico and Australia.

Awards and Achievements for Cameron Diaz 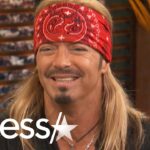 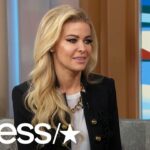