How much is Gwen Stefani worth?

Gwen Stefani started out as the front woman of the band No Doubt ruling the ’90s before becoming a solo artist. With No Doubt she hit the top of the charts multiple times but it was her work as a solo artist and on television that made her a very “Rich Girl”.

She was born and raised in California with her one sister, Jill, and two brothers, Eric and Todd. The family were all incredibly musical and played together whilst they were growing up. Gwen was also incredibly interested in fashion and developed her punk chic style while she was still in her teens. She learned sewing from her mother and her older brother who was the artistic one helped her with her style.

American singer, songwriter, fashion designer and actress Gwen Stefani has an estimated net worth of $130 million dollars, as of 2023. In 2012, VH1 ranked Gwen 13th on their “100 Greatest Women in Music” list.

Then, when her brother Eric was starting the band No Doubt with his friend John Spence on lead vocals, Gwen was to sing back-up vocals for the group. She was soon in a relationship with fellow bandmate Tony Kanal. However tragedy shook the group when Spence committed suicide in 1987.

After the period of mourning was over, Gwen was promoted to lead vocalist and the band continued to book gigs and build a fanbase. Before long the band began to recover and grow, they were noticed by music executives and eventually signed to a recording contract with Interscope Records. They released their self-titled album, in 1992. Despite their initial success in clubs, the album failed with the greater pop audience.

After having called it quits, the band reformed and went back to redeveloping their sound to match a wider audience. After three years, they returned with Tragic Kingdom in 1995. With the combining of ska, punk and pop into one smooth sound, it was met with praise and the video for the album’s lead single “Just a Girl” made Gwen’s face and style a branding moment for the band.

In the year 2000, No Doubt continued their success with with Return of Saturn. The album, that featured the single “Ex-Girlfriend”, topped the charts but despite the success Gwen wanted to strike out on her own as a solo artist. With the success wave that she was riding she managed to collaborate with the likes of Eve and Moby.

However, it was still No Doubt that had made Gwen so famous and in 2001 together they released Rock Steady which won two Grammys one for “Hey Baby” and another for “Underneath It All”. Continuing to ride her success generated with the band, she again ventured into her solo endeavors releasing her debut album, Love.Angel.Music.Baby. She also released her clothing brand L.A.M.B forging success both in music and in fashion. The album included club anthems like “Hollaback Girl” and “Rich Girl”. She chased her success in music and fashion with acting appearances, debuting in Scorsese’s The Aviator as Jean Harlow.

In 2006, she released her sophomore solo album, The Sweet Escape which earned her a Grammy nomination. The Top 10 singles “Wind It Up” and “The Sweet Escape,” steadied her position as a top pop solo artist. After continuing to make acting appearances and appearances as herself on television, she joined The Voice in 2014 as a judge on the televised singing competition. Of course music remained central to what Gwen is all about and after reuniting with No Doubt and also releasing This Is What the Truth Feels Like as a solo album, she retained her position as one of the reining Queen’s of pop punk.

By 2008, Forbes magazine was reporting Stefani’s earnings at $27 million for the previous 12 months from her tour, fashion line and commercials. Her earnings made her the world’s 10th highest paid music personality at the time. As a solo artist, she has sold close to 10 million albums, and 50 million records in total, as well as earned millions from her work on television, most notably as a judge on The Voice from which she earns a reported $15 million dollars per season.

Her first album, Love. Angel. Music. Baby., sold 8 million copies worldwide. When including her involvement with No Doubt, she has sold more than 30 million albums worldwide. In total, Gwen Stefani has earned estimated total career income of $245 million dollars.

Of that amount, $10-17 million is expected to have been paid in business related costs. The remainder, $231.5 million, will have been taxed at a rate of around 49% as Gwen Stefani has been residing in the state of California but also earned through some lower tax rates during the 2000s. After tax, it is estimated that her career earnings are at around $118.06 million dollars, having paid $113.44 million dollars in taxes.

Gwen Stefani married Gavin Rossdale in 2002 and they divorced fourteen years later, in 2016. As part of a settlement agreement Gwen transferred assets to Gavin totaling $25 million dollars. Gwen married Blake Shelton in 2021 and they remain together.

In her personal life, Gwen Stefani is estimated to have spent $5-8 million dollars of her career earnings, including her donations, but also probably possesses assets valued at around $1-3 million, not including investment assets. Following the 2011 Tōhoku earthquake and tsunami, Gwen donated $1 million to Save the Children’s Japan Earthquake–Tsunami Children Emergency Fund. In her investments, she may have earned investment returns of $29-50 million dollars. Therefore, it is estimated that Gwen Stefani has a net worth of around $130 million dollars.

After starting out as a back-up vocalist for the band her brother Eric was putting together, No Doubt, she became lead vocalist after John Spence’s suicide. Despite continued struggles at landing an accepted album by the wider pop audience, together with the band, she released Tragic Kingdom in 1995 which signified the start of Gwen’s music success. It wasn’t long until she was striking out as a solo artist with collaborations with Eve and Moby. As well as earning her stripes in the fashion industry with the release of her clothing line L.A.M.B to go with her solo success Love.Angel.Music.Baby. Since then she added to her fame as a judge on The Voice and with continued performances and appearances as herself. 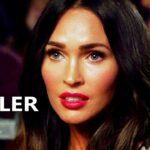 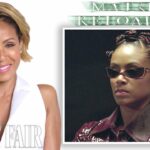