How much is Blake Shelton worth?

Blake Shelton became one of country music’s hottest male stars through hits like “Some Beach,” hosting duties at the Academy of Country Music Awards, and exposure on TV as a coach on the hit reality show The Voice.

Who Is Blake Shelton

Blake Shelton is an American country singer and TV personality who has a number of best selling albums and songs that have gone platinum. He is most well known across the US for being the long running coach on the hit music competition reality show, The Voice. The singer has been rewarded with dozens of accolades in his career, as he has won more than 80 awards in total and has been inducted in to the Oklahoma Hall of Fame. Outside of music, Shelton’s relationships have been widely publicised and he is currently dating his The Voice partner, Gwen Stefani. His most popular songs include “Boys Round Here”, “Austin”, and “Honey Bee”.

How Did Blake Shelton Get So Rich?

Shelton is listed on Forbes’ list of highest paid musicians on an annual basis, and most recently he was listed as the 4th highest paid country musician of 2019, having earned $32 million last year. His record sales speak for themselves, as having sold tens of millions of copies would have made Shelton a pretty penny. The singer especially makes millions from his tours, which often sell out. It’s estimated that the Shelton has grossed more than $100 million in ticket sales and it is estimated that he earns roughly one million dollars per gig.

Though Shelton has made millions from his single and album sales, the majority of the singers income comes from being a coach on NBC’s hit show, The Voice. Shelton has been with The Voice from the beginning, starring in all 17 seasons of the show. Owed to his loyalty, he is now one of the highest paid entertainers in television, making $13 million per season. He would be the highest paid talent on the show if it wasn’t for his partner Gwen Stefani, who takes the edge earning $17 million per season.

Shelton may have made most of his wealth from The Voice, but he also made the smart decision of investing in property. How many homes Shelton owns exactly is unknown, but it is reported that he owns properties all across the country. The biggest investment of all his properties is a huge ranch in his home state of Oklahoma, which is 1,200 meters deep.

Shelton arrived on to the scene in 2001 with his first single, “Austin”, which spent an incredible five weeks at the top spot on the Billboard Hot Country Songs chart. The track belongs to his self titled debut album, which sold more than one million units, being certified platinum by the Recording Industry Association of America. After that, he continued to storm the charts and has released 11 albums in just 16 years, two of which topped the Billboard 200 album chart. His best selling album is 2013’s Based On A True Story, which sold almost 1.5 million copies, and his best ever charting single was “Boys Round Here”, which sold three million units and earned him his highest ever spot on the Billboard Hot 100, at number 12.

In 2011, Shelton was hired to be one of the coaches in the music competition reality show, The Voice. As he has been with the show since it’s inception, he has been a coach for a full 18 seasons. As the show aims to find the best unsigned talent in America, Shelton has helped find some of the most impressive vocalists working today, as his protégés have won on several occasions. The Voice has made Shelton much more famous than his music ever did and his appearance on the show has actually helped to increase his record sales.

Outside of his appearances on TV and his solo music, the media pays a lot of attention to Shelton’s personal life. Shelton married one of his peers, another popular country singer, Miranda Lambert, though they divorced just four years after their wedding day. Now, Shelton is currently dating his competitor in The Voice, Gwen Stefani. The two met when Stefani became a judge in 2014, and they finally made their formal announcement that they were a couple at a Vanity Fair Oscars after party in 2016. Shelton has said that Stefani saved his life and that they bonded over their rough divorces in the past.

What Makes Blake So Successful?

With a long discography full of hits, Shelton’s music has been described as being commercial but completely satisfying and honest country music. He is one the biggest country stars of the 21st century due to his dedication to the music genre, and he has been able to introduce more audiences to the genre who wouldn’t otherwise listen to it thanks to his role on The Voice. The New York Times called Shelton the most important and visible ambassador from Nashville to the American mainstream.

Shelton is clearly very determined, especially as he began performing from the early age of 12 and had written his first proper song by the time he was 15. He found success straight away, as his talent got him a Denbo Diamond Prize when he was just 16, and then earned a record deal with Sony Music before he even turned 20 years old. The performer’s talent can be proven with his enormous amount of wins on The voice, as Shelton has won more seasons of the show than any other coach. And the artists he has coached have continued their success, as artists he took under his wing over the years include Jermaine Paul, Danielle Bradberry, and Cassadee Pope.

After signing his first record deal in 1997 with Sony Music, Shelton was barely in his 20s. Since then, Shelton has sold more the 10 million albums and 35 million singles worldwide, and when it comes to streaming services, he has more than two billion digital plays. Thanks to this, Shelton now has an estimated net worth of more than $70 million. As of late, Shelton’s solo music career has gone on somewhat of a hiatus as he hasn’t released a new album since 2017, but the TV personality will continue as one of the most entertaining coaches on The Voice for the foreseeable future. 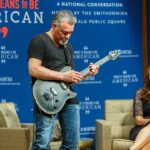 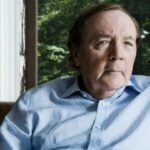