How much is Paula Abdul worth?

From Laker girl to ‘80s pop sensation, she went off the radar in the ‘90s before coming back big in 2002 rambling praise (sometimes incoherently) as a judge on American Idol. Born Paula Julie Abdul in San Fernando, California, Abdul lived the charmed life of a talented high school dancer and cheerleader. Her father, Harry Abdul, is of Sephardic Jewish background from Syria. Her mother, Lorraine, a concert pianist, is also Jewish and was born in Canada. In her youth, Paula was influenced by the likes of Broadway greats Fred Astaire, Bob Fosse and Debbie Allen. She set her sights on a career in dance at a young age and never looked back.

American singer, dancer, choreographer, actress, and television personality Paula Abdul has an estimated net worth of $40 million dollars, as of 2023. Abdul was awarded her own star on the Hollywood Walk of Fame, in 2021.

Since the age of 7, she sung and danced in community musical theatre groups while traveling around America. She also started taking tap dance lessons and was later awarded a scholarship to tap dancing school. She then attended Cal State-Northridge College where she majored in Broadcast radio. At this time, she was also actively auditioning making it to the Los Angeles Lakers NBA Cheerleading team, earning some $50 a game during her freshman year.

She promptly abandoned her Broadcasting studies at the University of California-Northridge to strut her assets in front of her hometown crowd. Abdul’s talent—and ambition—led her to win the head choreographer spot after just three months on the squad, eventually leading her to work with artists such as the Jacksons, George Michael, Luther Vandross, INXS, Heart and Prince.

After leaving the Lakers Girls after six months Abdul choreographed The Jacksons single “Torture”. Tito, Jermaine, Jackie and Marlon liked her work and asked her to sign on as the lead choreographer on their Victory Tour. It wasn’t long before she became one of the most sought-after choreographers in Hollywood. She even helped create some of the most iconic dance scenes of the ’80s, including Janet Jackson’s “Control” and the Tom Hanks piano scene in Big (1988).

Abdul had been exclusively behind the scenes in the music business and she wanted to change all that. She wanted to become front and center again as she had as a cheerleader. With money that she earned and saved from her work as a choreographer she recorded a demo. While her vocals were not considered up to par at the time, her dance talents and pop-driven sound fit in well with the ‘80s MTV culture. She was soon signed to a deal with Virgin Records.

While her fame had gone through the roof after impressing America with her dance moves and her music, her personal life was seemingly in shambles. Her rocky marriage to actor Emilio Estevez ended after just two years, in 1994, and she came out admitting that she was bulimic. In 1995, with the release of Head Over Heels sales volume was virtually non existent compared to her previous successes. The album was eventually certified Gold by the RIAA. Her relationship with Virgin Records had also soured and she left the label soon after to sign with Mercury Records. That deal went nowhere and Abdul left the label and was without a recording contract for the first time in a decade.

It seemed like Abdul’s career was over as she slowly but steadily faded from the limelight. Then, in 2002, she surprised everyone when she made a comeback as a judge on American Idol. The American version of Britain’s Pop Idol, the singing competition, put her in the iconic judges chairs between acid-tongued record exec Simon Cowell and R&B producer Randy Jackson. The show was a monumental success, unlike anything that could have possibly been expected. Kelly Clarkson was cast on the show and it went on to not only make for an incredible viewer experience with her win, but she also became a bona fide singer earnings millions in record sales.

The eccentric judging styles of Abdul, Cowell and Jackson made it all the more entertaining and Abdul’s “glass half full” critiques earned her the reputation as the show’s nice judge. She earned the unofficial role as “den mother” of American Idol, with contestants turning to her for advice and inspiration. Abdul signed an indefinite contract to remain on Idol after the success of the first season.

While financially lucrative, her time on the show has not been without controversy. It started when the disqualified season two contestant Corey Clark, claimed that Abdul used her sex appeal to manipulate him. Abdul shot down the rumors and there was a subsequent investigation by Fox and Idol creator Nigel Lythgoe. There was also a time of addiction to alcohol and painkillers after Abdul acted erratically at several Idol events and live on the show. She made statements about a back injury that made daily activities painful, but later claimed to have cured her pain naturally. She told Nightline‘s Cynthia McFadden that she had “never” abused prescription drugs. Rumors continued to plague the judge until finally she admitted that she had a problem.

In late August 2009, Abdul announced her departure from Idol and soon after began hosting VH1’s Divas Live and even poked fun at her replacement, Ellen DeGeneres, with a tongue-in-cheek imitation of her signature dancing style. Allegedly, Abdul left due to a contract dispute. She had been earning $5 million dollars per season but allegedly considered that she was worth $20 million. Abdul was missed from the show and in 2010 she appeared for 3 episodes on Drop Dead Diva. Then in 2011, she rejoined Simone Cowell on The X Factor.

Between 2013 and 2016, she judged on So You Think You Can Dance. Then after over two decades, she made comeback performances as a singer and began touring with New Kids on the Block and Boyz II Men. The tour grossed $37.8 million. She followed this up with a solo tour in 2018, “Straight Up Paula!”, tickets were priced at $26.50 to $126.50, plus service charges and the tour included 27 shows. She was then offered a residency in Las Vegas, “Paula Abdul: Forever Your Girl”, which she made appearances for between August, 2019 and January, 2020.

Paula Abdul has earned substantial sums from her work on television and also from her record sales and lives performances. She departed American Idol in July 2009 after eight seasons over alleged salary negotiation conflicts. She was earning $5 million per season, but was seeking as much as $20 million for her return. She continued to earn from similar shows, including The X Factor and So You Think You Can Dance. In total, Paula Abdul has earned estimated total career income of around $70 million dollars.

Of that amount, $4-7 million is expected to have been paid in business related costs. The remainder, $64.5 million, will have been taxed at a rate of around 48% as Paula has been residing in the state of California and earned through some lower tax years in the 2000s. However, she has also earned large sums in certain years which will have been taxed accordingly. After tax, it is estimated that her career earnings are at around $33.54 million dollars, having paid $30.96 million dollars in taxes.

Paula Abdul has been married and divorced twice, to Emilio Estevez between 1992 and 1994, and to Brad Beckerman between 1996 and 1998. She has no children and so has not had to pay anything there, however being very career centered she has been the higher earning in her marriages. That said, the short two year marriages were far from her highest earning years and Abdul may have only had to pay around $1 million dollars, more or less, including associated legal fees. However, as nothing has been made public, this is purely speculation.

In her personal life, Paula was ordered to pay $900,000 after a woman sued her over a slip and fall accident in Paula’s driveway while filming an episode of her single season reality TV show, Hey Paula. She has reportedly also had various health conditions, allegedly reflex sympathetic dystrophy, a neurological disorder that causes chronic pain. In total, an estimated $7-8 million dollars of her after tax income may have been spent. She likely possesses assets valued at around $1-2 million, not including investment assets. In her investments, she may have earned investment returns of $9-14 million dollars. Therefore, it is estimated that Paula Abdul has a net worth of a rounded up $40 million.

Her cheerleading led her to becoming the head choreographer for the Laker Girls. That led her to choreographing music videos for the likes of Janet Jackson, which led her to becoming signed by Virgin Records and releasing her debut album Forever Your Girl. Paula Abdul’s rise to the top seemed unstoppable as her debut album recorded massive sales volume, her sophomore album Spellbound likewise performed well and she also earned from her live performances and touring. However, after her third effort Head Over Heels flopped, it seemed that Abdul’s career was over. Her story continued when she became one of the most popular judges in American Idol‘s history, and even today, she continues to keep her name present with her appearances on television, in movies and has since revived her music career. 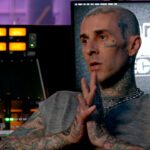 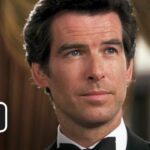