How much is Janet Jackson worth?

Janet Damita Jo Jackson is an American singer, songwriter, actress, and dancer. She was born on May 16th, 1966 in Gary, Indiana, and is the 10th and youngest daughter of Joe and Katherine Jackson, parents to legendary king of pop, Michael Jackson, and the Jackson 5. The youngest one in the Jackson family, Janet, didn’t let her brothers’ fame overshadow her. She’s one of the best selling recording artists of all time and has an acting career to boot.

A huge figure in pop culture, Janet Jackson started out as a young actress together with older siblings. This was in 1976, she was just 10 years old. A year later in 1977, she would be chosen to play a starring role in a comedy sitcom, Good Times.

American singer, songwriter, actress, dancer and record producer Janet Jackson has an estimated net worth of $150 million dollars, as of 2023. In 2019, she was inducted to the Rock and Roll Hall of Fame.

With ever-increasing stardom she again starred in a TV show, A New Kind of Family before landing a recurring role in the show Different Strokes which she starred for three seasons. Janet later appeared in the 4th season of Fame but would later drop out due to technical differences with the program management.

When Janet was 16, she signed her first professional musical contract with A&M Records. This was after her father, who was her manager, pulled some strings. In 1982, her debut album was released. The album titled Janet Jackson was produced by 4 producers, closely supervised by her strict father. It hit the Billboard Top 200, settling at number 63. On RNB charts it peaked at number 6. Her success from this album placed her as the highest-ranking female vocalist of 1983.

Two years in the music industry, Janet released her 2nd studio album, Dream Street. It reached number 147 on Billboard Top 200 and number 19 on RNB chart. One single that really stood out in this second album was Don’t Stand Another Chance.

Recognized as very innovative in her music, the support Janet received from her family cannot, however, be downplayed. She had an early platform that many upcoming artists can only dream of.

Janet Jackson’s career has been nothing less than exceptional. This goes both ways, in music released and financially. Her exploits in the studio and on-set acting have swelled her bank accounts. She currently has a reported net worth of $150 million dollars, although her work in music, acting, and publishing have generated over a billion dollars over the span of her career to date.

So how did Janet get so wealthy? Sit tight, here’s the breakdown.

Most of her millions came from album sales. Janet has sold over 100 million album copies in her career. Her contract in 1991 was record-breaking financially. The multi-million dollar agreement put her on the spot as the highest-paid artist at the time.

Her 2nd album sold over 10 million copies worldwide, and that was in 1986. The 4th album, Rhythm Nation became the best selling album of 1990, selling over 12 million copies and becoming platinum that same year. Her well-choreographed music videos captivated fans and tremendously increased viewership of the MTV channel.

The Rhythm Nation Tour of 1990 became the most successful debut tour in history. The famous Tokyo Dome in Japan sold out in record time when ticket sales were announced. The record deal she signed in 1991 with Virgin Records was estimated to be between $32-35 million dollars.

She officially became the best-paid artist in the world and also cemented her place as the queen of pop. She renewed her contract at an estimated $80 million dollars, rivaling even her late brother Michael and Madonna at the time.

Album number 5 sold 14 million copies worldwide in 1993. Poetic Justice was Janet’s debut film featuring the legendary rap icon Tupac Shakur. The film grossed $27.5 million dollars. Janet continued with her on-screen endeavors and appeared in Nutty Professor II in 2000 which earned $166.3 million dollars at the box office. As well as Why Did I Get Married?, Why Did I Get Married Too and For Colored Girls.

During all these years of hard work and success, Janet Jackson managed to achieve quite a number of accolades. Among them is the proud moment when she received the “The Hollywood Walk of Fame” for her artistry and philanthropic work.

Janet has always had the audacity to take necessary and calculated risks. In the end, they paid off. When she decided to strike out on her own, away from her manager-father, she got the freedom to express herself the best way she knew how. Her elaborate stage presence and sexually provocative songs became her signature traits. We can credit her famous family name for putting her in the spotlight from a tender age of seven, but her success came to be defined by her being able to come out from the shadows of her famous family and onto her own.

Her almost topless appearance on the cover of Rolling Stone is perhaps the quintessential photo of Janet Jackson, sealing her position in the music industry as a role model and sex-symbol.

Janet’s creativity and boldness made her stand out among her peers. Her innovative fusion of dance-pop, hip-hop, and RNB lead to the emergence of the “new jack swing” genre. Her success did not come as a surprise to those who really knew her. And she’s still got the juice, with millions of followers and dates fully booked months in advance.

Janet Jackson has performed alongside artists like Madonna, Mariah Carey, and Whitney Houston.

As the youngest sibling to the star-studded Jackson’s family, Janet has certainly done enough to warrant her own place in history. From stage acting at 8 years to releasing a debut album at 16, her start in the industry is unparalleled. The millions of records sold over the years, the sold-out concerts, the multiple awards, and the influence she wielded even before the generation of social media, is a feat that few can replicate. Known also to be a philanthropist who gives back to the less fortunate, her star will continue to shine bright.

Sixteenth of May Birthdays 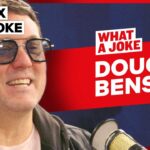