How much is Kelly Clarkson worth?

She’s the original American Idol who inspired later contestants to dream big. Now from American idol to international superstar, Kelly has gone all the way.

Who Is Kelly Clarkson

The world first met Kelly Clarkson when her powerhouse pipes earned her the first American Idol crown, but she has since set the bar high for Idol alums as a multiple Grammy Award-winning artist, known for producing catchy pop anthems and soulful power ballads.

Her first exposure to singing was when she joined the musical choir back in High School. So far, she has released eight albums and sold millions of copies all over the world. She also has a talk show called The Kelly Clarkson Show where a lot of famous celebrities have appeared in special segments. She appears as a coach on The Voice along with other musical icons like Blake Shelton, John Legend, and Nick Jonas.

The Voice is a unique singing talent show where coaches can only judge a contestant by their voice. This way their looks have no bearing especially if they have a great voice. She has been married to Brandon Livestock since 2013 and have several children together. She has also been in movies as voice talents. Some of her voice credits include Trolls World Tour and The Star. Both movies are musicals that feature some of the best singers in the world and with Clarkson’s recent success, it’s no surprise to see her name at the top of the cast list.

American singer Kelly Clarkson has a net worth of $50 million dollars, as of 2021.

Kelly Brianne Clarkson was born in Fort Worth, Texas in 1982 and was raised in the nearby small town of Burleson. Her parents split when she was six and Kelly soon went to live with her mother. She started singing publicly in middle school and earned a spot in the Texas All-State choir. After starring in several musicals and traveling worldwide with the choir, Kelly had a tough decision on her hands—head to college and wonder about what might have been or skip academia and try to make it in the music biz.

Kelly chose the latter and headed to Los Angeles, but things didn’t work out exactly as she planned. She worked several odd jobs, including a stint as an extra on Sabrina the Teenage Witch. With a career that wasn’t catching fire, something else did. Her Hollywood aspirations were temporarily cut short when her apartment burned down, forcing her to move back to Texas.

At the insistence of her friends, Kelly auditioned for the first season of American Idol shortly after her Hollywood dreams went up in flames. The judges were impressed by her rendition of Aretha Franklin‘s ‘Respect,’ and she soon found herself right back in LaLa Land. After several rounds of auditions, Kelly became a voter favorite, and advanced to the Top 10. She ultimately won the title over Justin Guarini in September of 2002 and released her first single, ‘A Moment Like This’, days after. By October, Kelly was number one on the Billboard Charts.

But not everything was talent show fame and chart-toppers for the American idol. The following summer, Kelly appeared in the box office disaster From Justin to Kelly with A.I. runner-up Guarini. The movie was critically panned and Kelly later said that her involvement in the film was a contractual obligation, as it was penned by A.I. producer Simon Fuller’s brother.

Kelly’s first album, Thankful, was released in April of 2003. Propelled by the success of ‘A Moment Like This’, the album sold over two million copies. The second single, ‘Miss Independent’, topped the charts, but her two follow-ups didn’t fare so well. Kelly blamed this on poor management, and decided to distance herself from A.I. by firing Fuller. This proved to be a good move as Kelly’s 2004 sophomore effort, Breakaway, was an enormous success, selling over 12 million copies.

Kelly still lives in rural Texas and tends to steer clear of the paparazzi, but she still made tabloid headlines in 2009 when she showed some significant weight gain during performances on Idol and Saturday Night Live, prompting pregnancy rumors. Kelly defended her body in Self Magazine that summer, but Self was slammed by critics when they chose to digitally slim down Kelly’s cover photo.

Kelly still maintains a curvier figure, and says she is happy just being her—even if that means being alone. Kelly has been single for years and says she has never been in love and finds dating to be draining. She shot down lesbian rumors in 2009, saying that being single and not dating doesn’t make her gay.

How Did Kelly Clarkson Get So Rich?

Kelly Clarkson is paid a whopping $14 million per season to appear on The Voice. She is worth every penny since everyone there describes her as a joy to work with and the audience loves her. Some of The Voice’s fans say she is the best thing to have happened to the show because of her bubbly personality and fun demeanor that she brings to the show. She is already onto her fourth season which means she has earned $56 million from The Voice appearances alone. She earns so much from the show in fact that it trumps the money she makes from her music. It seems likely that she’ll be on the show for more seasons too, audiences love to see her turn her chair for that perfect singer.

Another wise move for Kelly and her husband was to go into real estate. They bought a house worth $2 million and with a few renovations were able to sell it for $8 million. Of course, the fact that a famous celebrity couple lived there certainly helped sell the house, yet between her music, The Voice and her investments, we can see that it’s her savvy know-how that is really responsible for her high net worth.

Kelly Clarkson rose to fame when she won the first season of American Idol. Her voice was recognized as very powerful from the auditions up to the finals. After the season ended, the infamous American Idol judge Simon Cowell signed her into his recording label. She released her first album there and it was a huge success. In fact, it was a double platinum and it contained hit singles such as “Miss Independent” and “The Trouble with Love Is”.

After that, she separated from Simon Cowell‘s record label instead signing with RCA. She released another album called “Breakaway” and it became her most successful album to date. To promote her Breakaway album, Kelly toured all over the country. She made a lot of fans happy when they were able to see their idol up close and personal. Kelly won a Grammy for her 2011 album called Stronger. Kelly was also chosen to perform in the 2012 Super Bowl and she chose to sing the song The Star Spangled Banner. There are actually a lot of people who tuned into The Super Bowl just for the halftime performers and she definitely stood out.

It was also in 2012 when she chose to release he first Greatest Hits album which features a collection of all her hit singles. As expected, the album became quite a success and it won’t be a surprise either if she releases another Greatest Hits album in the future. After seven successful albums recorded with RCA her final album Piece by Piece” was released in 2015. It contained a lot of heartbreak songs which explained how she came to tears when a contestant from The Voice sang one of her songs to her. As expected, it also reached the Billboard Top 200.

Kelly Clarkson’s voice is what led her to the top of the mountain. She makes sure to eat the right food and avoid bad habits such as smoking so that her voice is always ready to capture an audience. There are times when she gives surprise performances at The Voice and never known to back down from an on the spur of the moment performance. Kelly Clarkson is multi-talented as she is also an author who writes children’s books. In fact, she has released two books “River Rose and the Magic Lullaby” and “River Rose and the Magical Christmas”. Both books were received well by critics all over the world. Kelly also enjoys interacting with her fellow musicians. In fact, she has collaborated with some of music’s biggest names over the years with stars such as Reba McEntire, Jason Aldean and Vince Gill.

Kelly Clarkson is a popular singer who has a net worth of $50 million. She has fans all over the world due to the many hit albums she has released since the early 2000s. Now working hard molding new talents on The Voice, so far she has won the show twice, which is why so many of the most talented artists choose her as their coach.

Her talk show The Kelly Clarkson show is also a great hit for ratings because of the many celebrities she airs. Guests like LL Cool J, Steve Harvey and Dwayne Johnson.

Some of her best songs are “Since You’ve Been Gone”, “Because of You”, “Stronger”, and “Already Gone.” She has definitely become one of the most successful- if not the most- successful American Idol winner of all time.

Defining Quote “I’m not nervous when I come out with a record thinking, ‘Oh, how is it going to amount up to others?’ I never get nervous like that.” 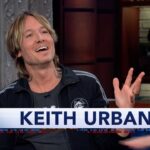 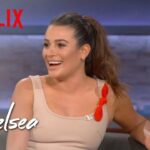