How much is Tom Hanks worth?

You’ve probably caught him in one of his many megahits including Big, Forrest Gump and Apollo 13.

Who Is Tom Hanks

Ranked one of the biggest box office stars of all time, not to mention the “nicest guy in Hollywood,” Tom Hanks has become synonymous with both blockbusters and award-winning acting performances. With a career spanning more than three decades, Hanks has won numerous accolades and proven that he is a quadruple threat—actor, producer, writer and director.

Tom is known as a man with spectacular acting talents whose performances in both comedic and dramatic roles are notably excellent. His films have earned over $9.96 billion dollars worldwide, and he is recognizable as an icon of American culture. This is how Tom Hanks became one of the most influential and respectable celebrities in the world today, and of all time.

As of 2021, Tom Hanks has an net worth pushing $355 million dollars and counting.

Born Thomas Jeffrey Hanks, Tom grew up in Concord, California. His father, Amos, and mother, Janet, divorced when he was a child and he grew up living with his father. Hanks attended Skyline High School where he says he was a geek and acted in school plays. Upon graduating from high school, Hanks studied theater at Chabot College in Hayward, California, and after two years, transferred to California State University, Sacramento.

In 1979, Hanks moved to New York City and made his film debut in the slasher film He Knows You’re Alone. That year, Hanks also appeared in the television movie Mazes and Monsters and the Riverside Shakespeare Company’s production of The Mandrake. The following year, Hanks landed a lead role on the short-lived ABC television series Bosom Buddies—it gave him his first taste of the mainstream.

Hanks moved to Los Angeles where he landed a guest spot on Happy Days and caught the attention of Ron Howard, who cast him in his 1984 film Splash. Over time, Hanks was beginning to be seen as a serious actor. Towards the late ‘80s and early ‘90s, he starred in moderately successful films including Dragnet and Turner and Hooch and found hits with Big, A League of Their Own and Sleepless in Seattle.

By now, fans were used to seeing Tom in lighthearted, feel-good roles, but he turned this image upside-down with 1993’s Philadelphia. As a gay man infected with AIDS who sues his former employer for discrimination, the controversial film gave Hanks his first Academy Award for Best Actor. He won again the following year for Forrest Gump and became only the second actor in history to win consecutive Best Actor Oscars. The following year, he made a different kind of history when he voiced the main character in Toy Story, the first entirely CGI feature film.

Hanks tried his hand at directing with his 1996 film That Thing You Do! and soon after founded his own record and film production company, Playtone, with Gary Goetzman. Hanks also took on several behind-the-camera roles with the HBO docudrama From the Earth to the Moon. He executive produced, co-wrote and co-directed the Emmy Award-winning 12-part series.

In 1998 and in 2000, Hanks starred in Steven Spielberg’s Saving Private Ryan and Cast Away, which earned him two more Best Actor Academy Award nominations. In 2002, he became the youngest ever recipient of the American Film Institute’s Life Achievement Award. And the hits just kept coming.

He was voted Vice President of the Academy of Motion Picture Arts and Sciences in 2005, in 2006 he starred in The Da Vinci Code proving even horrible reviews weren’t enough to deter fans from spending over $750 million worldwide to see him, and in 2007 he was nominated for a Golden Globe in Charlie Wilson’s War.

And with his credibility came an enormous payday. In 2009, he starred in Angels & Demons, the prequel to The Da Vinci Code and was paid somewhere in the range of $30-35 million plus an estimated 10-15% of the movie’s revenue making him the highest paid actor of all time.

Away from the cameras, Hanks is a family man, a husband, a father of four, an environmentalist and a science and history geek who has a good sense of humor about himself. He’s an active supporter of the space program, drives a smart car, is an honorary army ranger and, while other mega celebrities would recoil at discussing their embarrassing roads to fame, has no qualms about discussing his cross-dressing role in Bosom Buddies.

Tom Hanks’s success comes from his amazing performances in the films he stars in, as well as his skills in film-making. His various talents and his charismatic personality have won over audiences and allowed him to reach the level of fame and fortune he has achieved. Thanks to his famous roles in films such as Forrest Gump and Toy Story, Tom Hanks is one of the most recognizable and iconic actors of all time, and is even considered a cultural icon. With no announced plans regarding his retirement, it is likely Tom will continue to entertain and amaze audiences around the world.

How did Tom Hanks get so rich?

Tom Hanks has amassed a stellar net worth of $355 million dollars throughout his career in acting and film-making, which is thanks exclusively to his talent in several fields in the film industry. He is a monumentally talented and incredibly well known actor as well as a skilled filmmaker, which has allowed him to become incredibly wealthy.

Tom’s acting career is a massive part of his fortune. He landed two of his most notable roles in close succession to each other, starring as the lead in the 1994 film Forrest Gump, and becoming the voice to many children’s childhoods when he took the role as Sheriff Woody in the Toy Story Franchise. Forrest Gump earned over $678 million dollars in the box office, while the Toy Story films launched much further. The animated film series is the 20th highest grossing movie franchise of all time and the fourth highest grossing animated franchise. The films have earned over an astonishing $3 billion dollars worldwide.

Tom also established his own film production company, called Playtone, with producer Gary Goetzman in 1998. Playtone has produced many films, including Mamma Mia! and its sequel, Mamma Mia! Here We Go Again, as well as The Polar Express, The Circle, and Cloud Atlas. His ventures in film production have also contributed to his wealth.

Thanks to his incredible acting talent, which has allowed him to land roles in notable and highly profitable films, as well as his skills in film-making, Tom Hanks has been able to amass a large fortune and achieve an incredible net worth. He is one of the highest grossing box office stars of all time, and will likely continue to build onto his film portfolio and riches.

Tom Hanks made his film debut in the 1980 film He Knows You’re Alone. After this film, he stuck mostly to roles on television shows, including one on the sitcom Bosom Buddies. Ian Praiser, the co-producer of the show, quickly realized Tom would rise to prominence in the movie industry. Although Ian knew it, Tom wasn’t convinced. However, a role of his in 1988 would make Ian’s prediction come true.

Ron Howard, a director who was working on a film having to do with a mermaid falling in love with a human, titled Splash, was prompted to contact Tom after seeing his performance on Bosom Buddies. Although the director was considering him for a supporting role, Tom ended up landing the lead in the film. It was a surprise hit in the box office, and helped him gain attention in the film industry. The sexual comedy Bachelor Party Tom starred in also helped him attract attention.

However, it was his lead role in the hugely successful 1988 film Big that allowed Tom to become powerful in the film industry. It grossed well over $151 million dollars in the box office, and earned him his first nomination for an Academy Award. After his performance in Big, Tom was established as a powerful figure and an incredibly talented actor, and went on to star in many other movies that solidified and built upon his fame and reputation as one of the greatest actors in Hollywood.

Tom Hanks moved to New York and started his career in a low budget thrasher film, and is now one of the most recognizable actors in the world. His hard work and determination, paired with his incredible acting and film-making skills, have allowed Tom to become internationally renowned and tremendously wealthy, and it is likely he will continue building upon the fame and wealth he has already amassed. 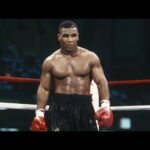 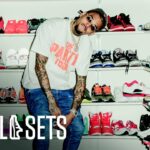