How much is Travis Barker worth?

Travis Barker has been playing the drums since he was 4 years old. He originally made a name for himself as ‘The Baron von Tito’ playing drums for The Aquabats, he would also fill in for Blink-182’s drummer, Scott Raynor. After Raynor’s exit in 1998, Barker was asked to replace him and has since earned a fortune as the drummer of the band and through his entrepreneurship.

After a plain crash in 2008, Barker was in so much pain that he contacted friends, offering $1 million dollars for them to help him end his own life. Travis and the passengers of a private plane crashed upon takeoff in South Carolina. Four passengers died, DJ AM, who was also onboard, was badly injured and Barker was hospitalized for four consecutive months.

American musician Travis Barker has an estimated net worth of $45 million dollars, as of 2023. Barker is best known as the drummer for the rock band Blink-182.

Barker developed a dependency on painkillers, while DJ AM died a year after the crash from an accidental drug overdose. Barker sued the plane’s owners and the airplane maintenance company. The case was settled out of court in December 2009, for an undisclosed amount.

In an interview on the Kevin & Bean show on KROQ 106.7 in Los Angeles. Travis talked candidly about before he was earning enough to live off his music, working as a trash man to support himself and how he could hardly make ends meet. His mother died when he was 13 and he went through a period of challenging times, “It was a tough city: there were shootings and stabbings,” Barker has said.

A lot has changed since then, he has earned tens of millions through his involvement with Blink-182 and Rolling Stone magazine, has referred to Barker as “punk’s first superstar drummer” listing him as one of the “100 Greatest Drummers of all Time”.

Travis Barker became Blink-182’s drummer in 1998 and has been with the band, aside from some short hiatuses, including between 2005-2009, ever since. In 2016, The California Tour grossed $28.9 million from its first 58 shows. The band released the album Nine in 2019, and in total, it is estimated that Barker has earned total income of $43 million dollars from his work in the music business.

Of that amount, $2-3 million is expected to have been paid in personal business related costs. The remainder, $40.5 million, will have been taxed at a rate of around 48% as Barker has been residing in the state of California and has earned through some lower tax years in the 2000s. After tax, it is estimated that his career earnings are at around $21.06 million dollars, having paid $19.44 million dollars in taxes.

Aside from his earnings in music, Barker has earned a fortune from his entrepreneurship. In 1999, he founded the clothing company Famous Stars & Straps. The brand that was originally known for it’s F logo and belt buckles, has since positioned itself to combine sport, music and fashion. While exact revenue figures are difficult to ascertain, it is estimated that annual revenues have reached highs of $2-4 million dollars. He also founded his own record label, LaSalle Records, in 2004.

In 2021, Barker launched a CBD company promoted as Barker Wellness Co. Organic & Vegan CBD Products. He told Forbes magazine, “after boxing for years, training Muay Thai, playing drums and training for tours, recovery became a big issue for me,” and that “I was using so many different types of CBD products and different lines of CBD, it was something that I was really passionate about so I wanted to create my own line.” When combining his post-tax earnings from his companies with the equity value that he still holds or has sold; it is estimated that Barker has added between $14-21 million dollars to his net worth through his entrepreneurship. That is, after minusing out likely costs, losses, taxes and expenses.

Not only has Barker earned from his companies, he has also earned from his endorsements and his merchandising. He is endorsed by Orange County Drums and Percussion. He is also one of Zildjian Cymbal Company’s premier artists and has his own drum stick line and cymbal bag, from which he earns a percentage. Barker also developed a shoe called Alias Remix with DC Shoe Company. It is estimated that from these endeavors, Barker has earned $4-6 million dollars after tax.

He likely also netted $2 million or more from his lawsuit brought against the airplane owners maintenance company following the crash that almost took his life.

Travis Barker married Melissa Kennedy in 2001 and they divorced a year later, in 2002. They had no children together and this was early into Barker’s career. Still, it is estimated that about $300,000 was paid to Melissa as part of a divorce settlement.

He later became engaged to Shanna Moakler and they married in Santa Barbara in a Gothic ceremony inspired by Tim Burton‘s The Nightmare Before Christmas. They had two children together, Landon Asher and Alabama Luella Barker, and their relationship seemed good. Barker collects Cadillacs and Shanna gifted him a $70,000 Cadillac for his 30th birthday. However, they later split and separated, divorcing after four years of marriage in 2008. As part of a divorce settlement agreement, it is estimated that Shanna was paid $1-3 million.

Travis has been known to spend quite a lot of his money, as well. Whether it’s a $1.4 million dollar Ferrari Laferrari, tattoos all over his body including his entire scalp, or a $1 million dollar engagement ring (12-carats on a pave diamond band) for Kourtney Kardashian, all of these expenditures add up. In fact, it is estimated that Barker has spent $6-7 million dollars of his money. He also likes to spend money on travel. Since flying again, after a 14 year hiatus, he has been spotted in some of the most expensive travel destinations, including on a $50 million dollar 65m superyacht owned by Dolce & Gabbana.

Barker will however also likely possess assets valued at around $1-3 million dollars. Items including his cars and jewelry but not including his investment assets. Barker owns two Rolls Royce and a Mercedes G63 AMG, and Chevrolet Corvette, to name a few.

In real estate, Barker has bought and sold property in Los Angeles including a $4 million dollar property in Cheviot Hills in 2014. He later sold the property in 2017 for $4.5 million. That same year he bought a $2.8 million property in Calabasas, California and advertised it for a monthly rental price of $27,500.

In 2007, Barker did buy a $9.5 million mansion in Calabasas but it is likely that he has also invested a portion of his income into securities. Overall, from his investments, it is estimated that he has earned returns equaling around $5-7 million dollars. Together, as a couple, Kourtney Kardashian and Travis Barker purchased a $14.5 million beach house from Conan O’Brien in Santa Barbara, California, in October 2022.

Travis Barker has become one of the most famous drummers of all time. With his distinct tattoos and demeanor, he has not only earned a fortune and fame in music but also in entrepreneurship and in marriage as well. He has been able to transition into television and, together with Kourtney, has become one of the most popular couples in pop culture. 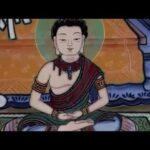 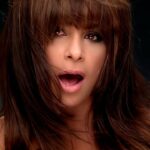