How much is Taylor Swift worth?

Taylor Swift is one of country music’s hottest commodities. She made a splash in Nashville with her self-titled debut in 2006. Her songwriting talents and succession of number one hits have kept the music world glued to her career. Country-pop, “pop-country”—whatever it is she sings, the world can’t seem to get enough of it.

Who Is Taylor Swift

You may know Taylor Swift as the cute, blonde country singer who sung hits like “Teardrops on My Guitar” and “You Belong with Me.” She began singing and writing by age 12 and in just two years, she already had a record deal.

Since she hit the scene as a 17-year-old in 2006, Taylor Swift has been taking both the pop and country music worlds by storm. Her clean-cut image has made her a shining, parentally approved role model for tweens everywhere, and her tendency to win every award nomination that comes her way has made her a huge star.

Though Swift took the country music scene by storm in 2006, she has since become an iconic singer across many genres.

As of 2021, Taylor Swift has a net worth pushing $390 million dollars. Nothing looks like it’s going to stop this young artist becoming one of the richest singers of all time.

Swift started showing signs of her talent and overachieving nature soon after she was born to Andrea Swift, a homemaker and Scott Swift, a stockbroker. She won school poetry contests as a child, started writing music at 10, and even wrote an unpublished novel when she was only 12. As a junior high schooler, Swift says she was teased by her peers, and used her songs as an outlet. In an ironic twist, she claims the girls who shunned her showed up when she performed in her hometown years later and asked her to sign autographs.

Swift started to travel to Nashville to pursue a country music career when she was 11, but was unsuccessful until three years later when Scott Borchetta, founder of Big Machine Records, saw her perform at a Nashville café, and offered her a deal. She wrote her debut single “Tim McGraw” in 2006, and released her self-titled debut album later that year. In 2007, she stepped off the stage at the ACM Awards after performing the single and introduced herself to McGraw and his wife, Faith Hill. The album hit number one on the Billboard country music charts and number five on the Billboard 200, and spawned hits like “Teardrops on My Guitar”, “Our Song” and “Should’ve Said No.”

By the time she released Fearless, her second full-length album in the winter of 2008, her reach had stretched far beyond the country music world. It debuted at number one on the Billboard 200, and became the most successful release by a female artist in that year. In its first week, seven songs hit the Billboard Hot 100 charts, tying a record set by fellow tween star Miley Cyrus. Around the same time the album was released, Swift caused a stir when she revealed that her relationship with singer Joe Jonas of the Jonas Brothers ended via a “27-second phone call,” and the break-up song “Forever & Always” was about her heartbreak from the teeny-bopper star. But Taylor didn’t wallow for long — she has since been linked to Taylor Lautner, John Mayer and Jake Gyllenhaal.

Since her career took off, Taylor track record for winning awards has matched her success in selling albums. At the 2008 Grammy’s Fearless made history as the first country album to win Album of the Year, considered the show’s top honor. She also scored wins for Best Country Album, Best Female Country Vocal Performance (“White Horse”) and Best Country Song (“White Horse”). She won ACM Awards in 2008 and 2009, including for Top Female Vocalist and Album of the Year. She won five AMAs in 2009 and she swept the 2009 CMAs.

Of course, at the heart of Swift’s success is her music. It has widespread appeal, attracting fans from all walks of life. Though her earlier albums tended to draw younger fans, her fans have grown up with her, and as she produces more mature albums, she draws new followers in as well. In particular, Swift is celebrated as a lyricist. Her lyrics are sharp and witty, but they also aren’t too obscure. People easily connect to them because she writes about common experiences, such as losing an ex or what it feels like to be young and full of life. Even more than her catchy tunes, it’s really her lyrics that have contributed to selling her albums.

One of Taylor Swift’s keys to success is the protection of her brand. Since she began her career, she has marketed herself based on specific brand values. For instance, one of her brand values is standing up for what you believe in, which she has exhibited over and over on her albums and in her social media. In her most recent album, Lover, she makes a stand for LGBTQ rights, for example, in the song “You Need to Calm Down,” and in earlier albums, she’s taken on topics like bullies and the ways media brings celebrities down.

Another part of her brand is always putting her listeners and fans first. She has a close relationship with her fans and uses social media to connect with them. She often surprises super-fans with gifts or even with private sessions with herself. Of course, that inspires other fans to vie for Swift’s attention, increasing the attention her brand receives across the internet. Her very loyal following is a large part of her success.

How did Taylor Swift get so rich?

Taylor Swift’s wealth has come from sales of her albums, merchandise, and tickets to her shows. From her very first album, Swift has done well in the music industry. Her first album, made up of many pre-released singles, sold 5 million copies. In fact, all of her six albums have reached platinum, each selling millions of copies around the world. One of the keys to her success is the way that she leads up to each album. That is, she releases singles over several months before dropping the album. While this method has been used in the past, not many artists use it in today’s market.

However, for Swift, it helps drive her sales, as she floods social media with her image and tops the music charts with her singles. For instance, with her first album, she dropped “Tim McGraw,” “Our Song,” and “Teardrops on My Guitar” all prior to releasing her album. Of course, much of her early success is in part to her record label’s marketing prowess. However, the fact that she and her team still use these techniques as a way to market her brand shows she’s developed her marketing chops as she’s grown into an artist.

Over the years, social media has played a large part in Swift’s success. She’s very smart about how she uses these platforms. For instance, she teases new albums and songs by leaving hints and clues in pictures and text she posts. Fans are quick to analyze all of her posts to find hidden meanings, which means that her fans are hanging on her every word. In addition, Swift and her team are careful to think about her posts as a whole. For instance, when leaving hints about a new album, she often uses pictures that provoke the feeling of the album, so when fans view all the posts together, they get a sense of what the album is about.

We calculate Taylor Swift to be worth $390 million dollars in 2020.

From the age of fourteen when she was signed with Big Machine Records, Taylor Swift has written, recorded, and performed her own songs. Though she started playing when she was 12, she got her big break after her family moved to a town near Nashville, Tennessee. Once there, she performed at the iconic country music venue, The Bluebird Cafe. With a development deal from RCA Records, she was eventually able to land her first record deal with Big Machine Records, which debuted her as a country star with the single “Tim McGraw.” From the beginning, her music was successful, as “Tim McGraw” ended up among the top ten hits in country music. Later, this song appeared on her first album, Taylor Swift, along with several other pre-released singles.

Swift has since moved into other genres, most notably pop music. By her second album, Fearless, she was already debuting at number one on Billboard, and both country and pop stations played the album. Her next albums, Speak Now and Red, both sold more than 1 million copies in the first week of sales. Her more recent albums, 1989, Reputation, and Lover, have surpassed her previous successes.

Taylor Swift is notable for writing her own music when many stars today do not. Though she collaborates on songs, she generally writes her own lyrics for her albums. That makes for very personal songs that helped her establish her brand. She’s most famous for writing songs about her exes, which has landed her in hot water with the media from time to time.

Taylor Swift—you likely love her or hate her. Either way, you know her name, and you can’t deny she’s been amazingly successful as a singer and a musician. From her catchy tunes and smart lyrics to her sharp use of social media, Swift – with the help of her team – has the musical talent and the brains to succeed in a brutal industry. 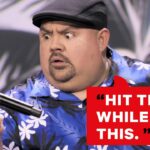 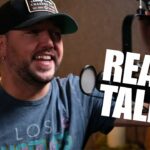