How much is G Herbo worth?

Though Chicago is plagued with dormant buildings, vandalism, and countless gangs, every now and then there is a rapper with the determination and push to rise from the ashes. G Herbo, born Herbert Randall Wright III, did is exactly that, and has become one of the more prominent figures of the south side of Chicago. At just 24 years old, the rapper already has four Billboard 200 charting albums, most notably with the recent 2020 release, PTSD.

On top of that, Herbo has recorded countless collaborations with some of the most popular musicians in the world, such a Lil Uzi Vert, Nicki Minaj, Juice WRLD, and Chance the Rapper, to name a few.

American rapper and songwriter G Herbo has an estimated net worth of $2 million dollars, as of 2022.

It was in the early to mid 2010s when G Herbo first gained recognition, as he released several high profile mixtapes that also caught the attention of label heads over at Epic. Starting with 2014’s Welcome to Frazoland, Herbo turned heads with his unique mix of drill, which was made famous in Chicago, and hardcore hip hop. The mixtape was downloaded an impressive 375,000 times on the mixtape platform DatPiff. His rise from underground gangster rapper continued when he followed the mixtape with three more; Pistol P Project, Ballin Like I’m Kobe, and Strictly 4 My Fans.

The biggest success Herbo saw in his formative years was with the song “Kill Shot”, which has a total of 42 million views on YouTube.

Herbo got so much attention from the track that he was reached out to by none other than Drake, and the Canadian superstar even called him the future of hip hop, which is a huge accolade coming from one of the most financially successful and commercial rappers of all time. After that, Herbo reached an even higher degree of bankability as he collaborated with Nicki Minaj for the track “Chiraq”, worked with Common on a deep cut from his album, recorded a remix with Chance The Rapper.

To put the cherry on top of the year, he was in the Freshman Class of 2014 in the coveted annual issue of XXL.

Years later in 2018, Herbo freestyled on the radio station K104, and the freestyle caught so much attention that it was eventually officially released. Herbo was again turning the heads of his peers as Lil Uzi Vert was so inspired by the track that he went on to feature on another version of it.

Though his brand developed through releasing mixtapes full of his signature drill, G Herbo now has four incredible successful albums under his belt. The rapper is so driven that he has released an album full of new music every year like clockwork since 2017. His second full length record, Swervo, featured guest spots from fellow Chicago drill rapper Chief Keef, as well as high profile artists such as 21 Savage, Young Thug, and Juice WRLD, which helped the album chart at 15 on the Billboard 200.

The rapper’s most lucrative success came just this year with the release of his fourth and highest charting album to date, PTSD, which reached number 7 on the Billboard 200 and sold over 59,000 units. Not only did the album feature more high profile artists, but it was also thanks to now being signed to Epic, a major record label, that he saw the success that he did.

Thanks to the high performances of his music on the Billboard chats, Herbo now charges an estimated minimum of $40,000 per gig, and can even charge up to an estimated $75,000.

Besides putting out some of the most well known drill music out there, the Chicago native has also signed an endorsement deal with the French fine wine brand, Luc Belaire. Though it is undisclosed how much the rapper will be making for endorsing the brand, it’s sure to be at least in the high six figures as he joins other Luc Belaire ambassadors such as DJ Khaled, Steve Aoki, and Rick Ross, among others.

Though G Herbo dropped out of school when he was just 16 years old, it was barely a hindrance on the young rapper as he adopted a unique rapping style that was influenced by Meek Mill, Gucci Mane, and Lil Wayne that was sleek and seductive. Though Herbo’s lyricism has caused concerns from critics as he has been called out on occasion, it is his flow that has caused his commercial outbreak and the lyricism is a common critique amongst most drill rappers anyway.

Herbo has surrounded himself with like minded and equally driven rappers. He has a very close friendship and working relationship with Lil Bibby as they work together and often feature on each others’ tracks. They were both apart of the same gang in Chicago, the N.L.M.B., which stands for Never Leave My Brothers. However, they have both distanced themselves from the gang in recent years.

Though there are many Chicago based rappers he works with regularly, Herbo also has a close working relationship with high profile artists outside of Chicago, such as the chart topping Lil Uzi Vert. The titular track from PTSD is the most success Herbo has seen on the Billboard Hot 100 chart to date, peaking at number 38, and it was thanks in part to the guest spots from Chance The Rapper, Juice WRLD, and Lil Uzi Vert.

G Herbo is partnered with Taina Williams and they have two children together. In his personal life he has likely spent $850,000 of his career earnings but also earned $250,000 from his investments. He will have also had to pay around $650,000 in business related costs. Therefore, it is estimated that G Herbo has a net worth of about $2 million dollars.

Though he had a troubled upbringing and was part of a gang, G Herbo grafted hard and after being endorsed by the likes of Drake, recording music faster than most other musicians, and featuring on famous artists’ music, the rapper now has a steady career and has inked contracts for some endorsements himself. G Herbo now reportedly has an estimated net worth of three million dollars and it is likely to increase as he is set to tour behind PTSD. And though it has yet to be announced, the rapper is reportedly working on a collaboration album with his partner in crime, Lil Bibby. The record will be called No Limitations and will be released in mixtape format. 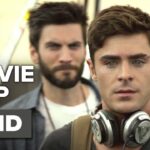 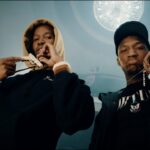