How much is Steve Aoki worth?

Who Is Steve Aoki

Steven Hiroyuki Aoki, to give him his full title, is of Japanese descent but was born in Miami, Florida on November 30th 1977. He grew up in Newport, California where his father founded the restaurant chain Benihana.

Steve attended the University of California and obtained two degrees in feminist studies and sociology. However, outside of his studies, his passion for music took hold and he began producing records and hosting underground concerts for students out of an apartment that became known as ‘The Pickle Patch’.

American entertainer Steve Aoki has a net worth of about $100 million dollars, as of 2021.

How Did Steve Aoki Get So Rich?

Steve’s fame as a dance DJ continued to grow throughout the decade and the big bucks started to roll in. But it wasn’t always that way for him. Back in the early days, even though Dim Mak Records was largely successful, he was about $100,000 dollars in debt with ten maxed out credit cards to his name. But through determination and hard work, he clawed his way up the music ladder and went from earning $50 a night for his DJ’ing to becoming the fourth highest paid DJ in the world, clearing $30 million in 2019. This was no easy task however. It required over 200 performances! His net worth in 2020 is said to be around a staggering $100 million!

His collaborations with some huge names in the industry have certainly been note-worthy. Artists such as Backstreet Boys, Nicki Minaj, Linkin Park, Blink-182 and Rita Ora have all been associated with him.

Steve wanted to give back to the less fortunate however and has been involved with charities and non-profit organizations throughout his career. He founded the Steve Aoki Charitable Fund which raises money for humanitarian relief organizations. His philanthropy has extended to support many causes helping animals, children, health, education, etc. His efforts have been linked to such organizations as the Brain Preservation Foundation, the America Brain Foundation and Music for Relief. His particular interest in raising money for medical research stemmed from his father’s death from liver cirrhosis in 2008. His inquisitive mind led him to to have huge interest in research into brain disease and cancer research also. Another endeavor which saw him raise massive funds was the first annual Aoki Games in Las Vegas in 2019.

On a random note, adding to his riches, Steve also runs a clothing line, called the Dim Mak Collection!

Aoki’s first record label was called Dim Mak Records, which he founded in 1996 at only 19 years sold. The label mainly released music from electro house artists. He later teamed up with Blake Miller from the LA band, Moving Units and together they began producing remixes. His career grew throughout the 2000s.

He has remixed songs from some huge artists including Eminem, Kanye West, The Killers and Snoop Dogg to name but a few.

Through consistent touring, where he proved himself to be not only a rising talent but also a great entertainer, his name became well known in the industry. His big break really came when he collaborated with Will.i.am in 2010, when they released I’m in the House. From here his fame grew and he continued collaborating with some huge names, such as LMFAO and Kid Cudi. Aoki’s fame grew through the early 2010s. He released his first solo album, Wonderland in January 2012 and later that year, his first EP, It’s the end of the world as we know it. Wonderland was nominated for a Grammy award in 2013.

In 2015, a documentary about his life and career was made while he was making his famous Neon Future albums. The documentary, aptly titled ‘I’ll sleep when I’m dead’ reflects how much work Steve really puts into his career, taking as little as four days off a year!

Many of his tracks were used in TV commercials and movies such as Step Up: All In and 22 Jump Street, which helped his music become even more widely known.

Apart from his raw talent, it has to be said that Steve Aoki’s success is largely due to sheer determination and hard work. His extensive touring schedule would prove trying for even the youngest, fittest artists but Aoki, now in his 40s continues his hectic touring schedule on top of his work as a producer and his remarkable efforts for charitable causes.

Perhaps luck had a role to play or perhaps it was a host of savvy moves that made him team up with the right people at the right time but he has certainly made the right moves to have forged such a successful career.

Throughout his career, he has been nominated for or won many awards and titles for example, he was named Best Party Rocker DJ by BPM Magazine, he won an EDM Effect Woodie Award and was nominated for a Grammy Award.

From humble beginnings in the world of music, starting out hosting underground college concerts to becoming one of the highest grossing dance artists in North America, Steve Aoki’s rise to fame and riches has certainly been a notable and inspirational achievement. His standing as a world-renowned DJ and record producer is a testament to his relentless work. A truly self-made man, but not only that, one who has used his success to try and affect positive change worldwide.

He really has to be described as one of life’s good guys. He had worked tirelessly throughout his life and career to become a huge success and whatever little spare time he has managed to grab for himself, he has dedicated it to volunteering and raising much needed funds for world crises, vital medical research and many other charitable causes. And let’s not forget the joy he has brought to the masses through his music, entertaining people in his own unique way at many thousands of events and concerts over the last few decades, not to mention all the music he has released which will surely eternalize his fame for many years to come. Rock on, Steve! 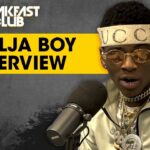 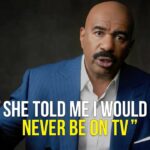