How much is Chief Keef worth?

Chief Keef, born Keith Farrelle Cozart, is an American rapper and most recently a successful music producer. He rose to prominence in the 2010s when he was just 16 years old and is one of the artists responsible for the creation of the rap sub genre, drill. His music, which was gritty, with detailed gangster rap type lyrics, became popular among high schools students on the south side of Chicago. Though Keef has been highly criticized for his actions in the public eye, including multiple arrests, his biggest hit, “I Don’t Like” became an internet phenomenon in 2012, which led to the rapper being signed by the major label, Insterscope, after a bidding war broke out.

American rapper, singer, songwriter, and record producer Chief Keef has an estimated net worth of $900 thousand dollars, as of 2023. His rapping skills first became noticed during his teen years. Since then he has had his tracks remixed by the likes of Kanye West and others.

Before many people outside of Chicago had ever even heard of Chief Keef, he was creating his own style of rap. It originated in the south side of Chicago just as Keef was on the verge of fame. Drill music is known for being violent and gritty with aggressive and fierce subject matter. It is thanks to Keef that the genre found its way into the mainstream, after in the early 2010s, it grew increasingly popular through word of mouth.

Most of the rappers who play within this genre are from Chicago, but multiple sub genres have been spawned from drill in different countries. UK drill is the most popular of the sub genres, but Keef has influenced rappers in many other countries too, and though drill isn’t as popular as it used to be, it lives on through commercial artists like Drake who appropriated that type of music.

Keef became somewhat of a protégé to Kanye West, as the fellow Chicago rapper discovered Keef’s urban hit “I Don’t Like” and remixed it, turning it in to a collaboration between rap heavyweights, Pusha T, Jadakiss and Big Sean. Thanks to this exposure, Keef was catapulted into the rap stratosphere and featured on massively popular rappers’ albums, most notably on Kanye West’s sixth and most polarizing album yet, Yeezus.

“Hold My Liquor” was one of the few tracks that fans could agree with and it became one of the standout hits from the album, as Keef rapped alongside an unordinary collaborator, the indie folk singer, Justin Vernon. Even weirder, Keef’s performance on the song was praised by the late Velvet Underground singer, Lou Reed.

The rapper continued collaborating, and one of Keef’s most successful projects to date was the release of Big Gucci Sosa, collaborative mixtape between him and Gucci Mane. From this point on, Keef would be the most productive in his whole career and release fistfuls of mixtapes every year. Keef released four mixtapes in the lead up to releasing his third album, Dedication, which was his best performing album since his debut, reaching 97 on the Billboard 200 chart. After the success of Dedication, the rapper continued recording with more well-known names, such as G Herbo, Playboi Carti, and Soulja Boy.

As a lot of rappers sign endorsement deals with brands, which help them gain just as much wealth as their music, unfortunately Chief Keef hasn’t had that opportunity as brands perceive Keef as the personification of the “Chiraq” gangsta rap culture, something that is considered would be a negative to common brands. The rapper even refers to himself as “Sosa” which is a reference to the drug dealer in the Al Pacino movie, Scarface. However, this hasn’t stopped Keef from being extremely financially successful.

Early on Keef was discovered by Kanye West and together they released a monster hit that was the remix of “I Don’t Like,”. Keef was then torn between record labels as Young Jeezy’s CTE World and Interscope, among others, continued to outbid each other to get the 16 year old on their rosters. Finally, Interscope were able to sign him, but the young rapper was also able to negotiate his way in to getting his very own label imprint, Glory Boyz Entertainment. Keef signed a deal that most rappers twice his age can only dream about. He signed a three album deal with a $440,000 advance and all totaled up, was reportedly worth $6 million!

After the deal, Keef went on to release the star studded debut album, Finally Rich, which featured 50 Cent, Wiz Khalifa, Young Jeezy, and Rick Ross, which helped the record become certified gold by the RIAA. However, in late 2014, Interscope dropped Keef. In total, Chief Keef has earned estimated total career income of around $3 million dollars. Of that amount, $350,000 is expected to have been paid in business related costs. The remainder, $2.65 million, will have been taxed at a rate of around 40% as Keef has been residing in the state of California. After tax, it is estimated that his career earnings are at around $1.59 million dollars, having paid $1.06 million dollars in taxes.

Owing to his personal life, including weapons possession charges, house arrest sentences, and a performance ban imposed by Chicago authorities. These troubles are considered likely to impact his ability to maintain his wealth. In his personal life, Keef has likely spent $850,000 of his career earnings but also probably possesses assets valued at around $50,000, not including investment assets. In his investments, he may have earned investment returns of $100,000. Therefore, it is estimated that Chief Keef has a net worth of around $900 thousand dollars.

Like many artists do, after rapping over beats that have been produced for them for years, they get influenced to produce their own music. That is exactly what Keef has done. Through trial and error, he is finally starting to see success from this, as his first major production credit came just this year, with the release of Eternal Atake, the sophomore record from Lil Uzi Vert. The record debuted on the Billboard 200 at number one, meaning this is the best performing project that Keef has been involved in to date. 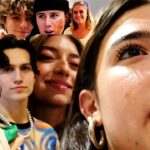 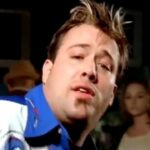