How much was Juice Wrld worth?

Juice World, born Jared Anthony Higgins, is the late emo rapper and singer who became known for his hit song “Lucid Dreams” and his countless collaborations with his Chicago rap peers, Chief Keef, Lil Bibby, and G Herbo, among others. Not only did he go on to collaborate on a mixtape with Future, but Juice also landed a co-headlining tour with the pop superstar, Nicki Minaj, and went on to outgrow more seasoned rappers thanks to his genre-bending music that combines emo, rock, hip hop, and pop.

As early as 2015, when Higgins was just 17 years old, he began recording music by singing directly into the microphone on his phone, creating minor Soundcloud hits including the early banger, “Forever”.

American rapper, singer, and songwriter Juice Wrld had an estimated net worth of $3.5 million dollars at the time of his death, in 2019. Juice Wrld was one of the leading figures in the development of emo-rap and SoundCloud rap. After his death his records sales increased making his estate to be estimated at about $5 million and growing.

Thanks to his activity on the music platform, major artists quickly became interested, including getting the attention of Waka Flocka Flame, Southside, G Herbo, and Lil Bibby. Wrld went on to be signed by Bibby’s own record label, Grade A Productions.

2018 was the most successful year of the rapper’s career and it was beginning to look like he was indeed taking over the Wrld. After the universal success of his debut album, Goodbye & Good Riddance, Higgins gained huge exposure and became a massively in demand guest feature artist, featuring on “No Bystanders” from Travis Scott’s chart topping album, Astroworld, the track reached number 31 on the Billboard Hot 100.

Later in the year Higgins contributed the track “Hide” to the hit filled Spider-Man: Into the Spider-Verse soundtrack. And to round out the year, Wrlds really did collide when Higgins collaborated with one of the biggest rappers on earth, Future, for the mixtape Wrld On Drugs, which included the hit “Fine China” a song that has close to 250 million plays on Spotify.

Juice didn’t rest on his laurels as less than one year after his debut album, the rapper released his epic sophomore effort, Death Race for Love, which clocked in at over 70 minutes with 20 tracks and sold more than four times the amount of units than Goodbye & Good Riddance. Death Race For Love peaked at number one on the Billboard 200 album chart and featured the hit singles, “Robbery” and “Hear Me Calling”.

Juice Wrld was known for creating music that is genre-bending, doing something that is truly unique in rap music. For a rapper, his influences extended beyond the hip hop genre, like his drawing inspiration from the British rockstar Billy Idol. As well as American emo band Fall Out Boy, Metal band Megadeth, and the sludge rock band Black Sabbath. Juice’s music leans more in to rock music than any other hip hop artist that we know of, and the structure of his songs – being short and full of hooks – is totally reminiscent of punk music, just lifted and dropped into an R&B aesthetic. The rapper even collaborated with Brendon Urie, the frontman of emo band Panic! At The Disco.

A few months prior to releasing his debut album, Higgins made headlines by signing to Interscope Records for a reported $3 million, he was 19 years old. The young rapper reached heights that not even the label could have seen coming, selling tens of thousands and now hundreds of thousands of records. Juice Wrld hit almost 37 million monthly listeners on Spotify, that’s more than megastars such as Kanye West, Taylor Swift, Jay-Z, and Katy Perry, close to beating out Beyoncé, too.

The rapper’s hit, “Lucid Dreams”, has more than 1.2 billion streams on the service.

Though it is undisclosed how much money he made for the tour, Juice Wrld set out on a world tour with Nicki Minaj titled The Nicki Wrld Tour. Juice Wrld co-headlined the tour, which is usually something that would take years to achieve, but in the advent of ‘Lucid Dream’ he hit heights that peaked only too soon.

Juice WRLD’s estate has seen a huge amount of financial success from a number of posthumous releases. Not only releasing a full posthumous record of original songs, but the rapper also posthumously features on other artists’ tracks, including on Eminem, G Herbo, YNW Melly, AND Puerto Rican rapper Anuel AA. Most famously he featured on the Eminem led track, “Godzilla”, reaching number three on the Billboard hot 100.

Lyrically, the rapper was openly vulnerable, similar to Kanye West on his extremely emotional album, 808s & Heartbreak, which Higgins is on record as saying inspired him. In a genre full of hype tracks, Higgins capitalized on the fact that few other artists were opening up and writing ballads in hip hop. Unordinary for the hip hop genre, Juice Wrld’s lyricism isn’t full of ingenuity or technical wordplay, but is more known for his melodic flows and songwriting skill, as well as exposing his own feelings and emotions by singing about heartbreak and sorrow. Not only that, but after being heavily involved in drugs during his childhood, which included drinking “lean” as early as sixth grade, as well as percocets and Xanax, a lot Higgins’ lyrical content referred to his real life issues.

In his personal life he has likely spent $450,000 of his career earnings and earned around $100,000 million dollars from his investments. As he will have also had to pay around $650,000 in business related costs, it is therefore estimated, that Juice Wrld has a net worth of about $3.5 million dollars.

After his death, Juice Wrld’s music sales increased exponentially. His estate earned a reported $15 million dollars within a 12 month period.

From huge arena tours with superstars to miniature personal ballads that have touched the hearts of millions, Juice Wrld’s short but impactful career changed how people view hip hop music. At the time of his death, Juice Wrld had a net worth estimated to be about $3.5 million, and his estate has since grown to be worth an estimated $5 million. Higgins’ legacy lives on as there are apparently hundreds of unreleased songs being released since his death. Just recently released is his first full length posthumous album of original songs, Legends Never Die. 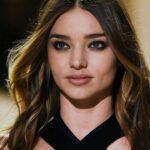 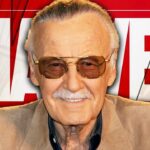