How much is Ben Shapiro worth?

Who Is Ben Shapiro

At the age of 16, a Jewish kid would graduate high school and would attend the University of California Los Angeles, which is one of the most recognizable colleges in America. This kid would later become a political commentator, columnist, lawyer, and author. He would later become known by both sides of the political spectrum and known by the public eye for his arguments and interviews on television. His name is Benjamin Aaron Shapiro. Better known as Ben Shapiro.

Mr. Shapiro was born on January 15, 1984, in Los Angeles California. He grew up originally in a conservative Jewish home but then turned to Orthodox Judaism. He married Mor Toledano, on July 8 of 2008 while she was still a med school student at the time. They had their first child in 2014, then are second in 2016. The first child would end up having open-heart surgery but fortunately their daughter turned out healthy. He is a family man and an outspoken conservative commentator in today’s political arena.

American commentator Ben Shapiro has a net worth of $25 million dollars, as of 2021. In 2001, Shapiro became the youngest nationally syndicated columnist in the U.S., at just 17 years old.

How did Ben Shapiro earn his net worth?

Even though he has resigned his position as editor in chief of The Daily Wire, Ben Shapiro has made a major impact on the conservative movement in America. He is a conservative who has been interviewed on many occasions. He has been in debates not just with opponents in the same field but also addressing questions from everyday Americans on television and in-person settings. He has been invited by more left-leaning platform shows to discuss and or debate with these hosts (which never goes in his favor but some would say he handles it well). He hosts talks across the country if permitted. The reason why I say “permitted” is because he is viewed as a controversial figure in today’s media. He has his own podcast called “The Ben Shapiro Show.” And he has written for many columns.

Ben Shapiro has had a wide reach as noted in the last paragraph. He has appeared many times across many different platforms. He has made his money because of the wide reach and appearances. He has written over ten books over the course of his career. His career really took off after the first book he wrote. By then he was on the way to financial success. He mentioned in a recent podcast with Joe Rogan that it is easy to make money in America because of the opportunity there is.

He gives the example of a football player kneeling and how he got paid millions for it. It is important that he said this because it applies to Shapiro too. All the attention Ben Shapiro has attracted has made him rich. He talked about in an interview that I mentioned earlier, he discusses how after he wrote his first book, his peers wrote a counter-book to his book. He also mentioned how his teachers, which he mentioned in his first book, were not exactly happy with how he mentioned them. He definitely had his peers’ attention at UCLA.

For example, because he had his peers’ attention back when he was 19, they bought his book. Whether people disagreed or agreed with him, they still got their hands on his content. Flashforward years later. It is exactly the same scenario. People came to his talks, pre-COVID, to bring up opposing views. Attention sells, pair that with his intellectual and speaking abilities.

Even though he went to the University of California Los Angeles at a young age, he would not gain fame for it. Ben Shapiro would first see fame when he was hired by Creators Syndicate at the age of 17. After being hired by this comics company, he became the youngest nationally syndicated columnist in the United States. In an interview with C-SPAN2, Book TV, Shapiro said that he would write his first book around the age of 19. It was written in three weeks during his junior year of college. The title of the first book he wrote was called “Brainwashed: How Universities Indoctrinate America’s Youth.”

Four years later after writing his first book he would marry his wife. Eventually, Ben Shapiro’s fame would really take off to the next level in 2012 when he joined the TV station KRLA-AM 870, a morning radio show, as the host and as co-hosts Heidi Harris and Brian Whitman. Later after a dispute with the executives, he would eventually leave and start his own news outlet, The Daily Wire, founded in September of 2015. This broadcast has around 1,170,00 subscribers and has over 430,921,303 views.

Since a young age, Ben Shapiro’s talents were found and blossomed. According to an article by Lilyanne Rice, she said, “He skipped from second to fourth grade…Ben started writing his first novels at age seven, and at age 12, he started writing political articles. Shapiro skipped ninth grade and started high school at the sophomore level.” He was one of the rare human beings who found what he was good at and passionate about at a young age. He absolutely loved to write and he channeled that into something that he was passionate about. When you pair that with his burning desire to succeed in that field, it all makes sense as to why he became famous and successful when the opportunities presented themselves.

Ben Shapiro, a Jewish kid who had political prowess and used it to his natural-born talents. A kid who earned a B.A. in political science at the age of 20 at UCLA and graduated cum laude from Harvard Law School in 2007. He showed us when we find something that we love and are extremely passionate about it, we don’t think its work. Think about how many of us, at a young age, find what we love and do it throughout the course of our lifetime? Almost never. They are many reasons for this but whatever we end up doing turns out to be “work.” Simply because we are not passionate about what we do.

Regardless of your political ideals, one thing we can definitely learn from Mr. Shapiro is, do what you love in life. Do the things that make you lose complete track of time. Do the things that when you start talking about it, it is really hard to stop yourself. After all, the time we have on this planet is short. Very short. So find your passion and enjoy every moment of it. 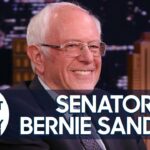