How much was Stanley Kubrick worth?

Who Is Stanley Kubrick

Stanley Kubrick was a movie director whose filmography is brimming with genre defying and polarising movies that created many archetypes in the film industry. The director predicted the future in 2001: A Space Odyssey, turned Stephen King’s novel The Shining in to his own haunting adaptation, and was the first director to feature ultra-violence in a mainstream movie in A Clockwork Orange. Kubrick’s movies were more often than not divisive upon release, but it can be argued that it’s because the films were so far ahead of their time and wouldn’t be understood by audiences until years later. And perhaps even more famously than his movies, Kubrick himself is a victim of multiple conspiracy theories.

Stanley Kubrick had a net worth of $20 million dollars at the time of his death, in 1999.

How Did Stanley Kubrick Get So Rich?

Many of Kubrick’s giant pay checks come from the success his movies have seen at the box office. It may come as a surprise, but 2001’ actually lost money upon release. However, after subsequent rereleases it has reversed and become the biggest success of Kubrick’s colorful career. Over a year of being in theatres in 1969 and 1970, the move made over $145 million, which would be close to one billion dollars today, adjusted for inflation. His seminal war movie Full Metal Jacket made $130 million globally, and Eyes Wide Shut grossed over $160 million, largely thanks to Tom Cruise being the world’s most popular movie star at the time.

It is well documented that Kubrick cut corners where he could to save money, and it worked more often than not. A Clockwork Orange famously uses the song “Singin’ In The Rain” by Gene Kelly, to which Kubrick sand-bagged the musician and refused to pay him the royalties the two agreed to. And years after his death, it famously came to light that Kubrick dodged taxes. In the Panama Papers, which ousted dozens of entertainers and politicians that kept money hidden in off-shore accounts, Kubrick is one of the many and he allegedly kept up to $20 million in these accounts.

Kubrick started his career as a director by making noir movies in the 50s, which is the genre he gravitated to both because they were popular at the time and because he was massively influenced by noir directors such as Orson Welles. Most famous of his first phase of movies is The Killing, but it was in the 1960s when Kubrick became much more experimental and known for his ambiguity. 1964 saw the release of Dr. Strangelove, an anti-war comedy in which Peter Sellers plays the three main roles and it became overwhelmingly popular for the very one line; “there’s no fighting in the war room”. In 1968, the director released 2001: A Space Odyssey, which was the most ambitious film of all time, and arguably remains exactly that to this day.

The director’s most famous, iconic, and deeply disturbing movie to date is 1971’s A Clockwork Orange, which stirred controversy and was even banned in the UK due to copy-cat killers. Upon the release of the movie, Kubrick received death threats from people who had seen the film, not because they were angry or didn’t like the film, but because they were so enthralled and influenced by the what happened in the picture. Regardless of the controversy of his movies, Kubrick has received many accolades, including an Academy Award for Best Effects for 2001’, and he has even had a mountain on Pluto named after him!

One of the most famous conspiracies in the world is that the moon landing was faked by the U.S. government, and at the forefront of that conspiracy is Kubrick. The story goes that after the release of 2001: A Space Odyssey, which featured visual affects that were leaps and bounds ahead of any other movie (as after the film, there wouldn’t be another one that rivalled its affects until eight years later with Star Wars,) Kubrick was forced by the government to create a realistic shoot of a moon landing.

But that’s not the only conspiracy about Kubrick, as there is another that surrounds his death, the details of which are shrouded in as much mystery as his movies. The theory goes that he was murdered by some secret society, the same one that fans say he was trying to expose in Eyes Wide Shut. As far as theories go, it seems a bit farfetched, but it has picked up so much steam and his family members even say he was in good health at the time of his death.

What Made Kubrick So Successful?

Kubrick was such a celebrated director that in his later years, as he refused to film movies in the US, movie stars would travel to the UK and stay there for years just to work with him. Movie studios would even give him a higher budget to build film sets in the UK, even though it would be hundreds of thousands of dollars cheaper to do it in the US. Kubrick reached this his point and had so much power because he worked very differently to other directors.

In the late 60s and all the way through to the end of his career, Kubrick was much more technically advanced than his peers. 2001: A Space Odyssey was a breakthrough in the science fiction genre, as before that movie, most sci-fi films were goofy with silly outfits and outlandish narratives. With a realistic narrative filled with ambiguous meaning that are debated to this day, Kubrick created the archetype of science fiction in film that we know today. The effects in the 1968 film are still more impressive and believable than most new sci-fi releases. For that reason, the visionary is a director’s director, as many other filmmakers in the industry ended up in that career after being inspired by Kubrick’s movies.

The filmmaker doesn’t stick to any one genre, and though he is an auteur in that his movies can have different meanings depending on the perspective from which you are viewing it, he has jumped from war, to sci-fi, to comedy, to horror, with his films generally being regarded as the apex of its respected genre. And except for war movies, he has never returned to the same genre more than once. He never returned to horror after The Shining, never returned to comedy after Dr. Strangelove, never returned to sci-fi after 2001’, and he only ever made one modern crime thriller, Eyes Wide Shut. This led audiences to speculate what Kubrick’s next project was years ahead of time.

Though it sounds terrible, Kubrick emotionally manipulates and mentally abuses the actors he works with, and his reasoning behind such mad methods is so that actors give a much better performance than they ever would. He emotionally manipulated, tormented, and bullied Shelley Duvall, the star of The Shining, and when Duvall is on screen in the movie, she isn’t acting terrified, she is terrified. The director pulled off a similar trick with Tom Cruise when they filmed Eyes Wide Shut together. As Cruise was starring in the movie with his then wife Nicole Kidman, Kubrick didn’t allow Cruise to see Kidman for a whole week, which was the week when Kidman had to privately shoot a sex scene with another man. So when Cruise looks stressed and worried in the movie, it’s likely that there isn’t much acting going on.

Stanley Kubrick is regarded as one of the greatest directors of all time, if not the very best. He built genres that defied the hollywood system in which Hollywood then went on to take influence from, and many of the films released today wouldn’t exist if it wasn’t for Kubrick’s phenomenal contribution to movie making. His spirit lives on through other directors as Kubrick was a massive influence on many filmmakers, especially Steven Spielberg, who directed A.I.: Artificial Intelligence, the movie Kubrick was going to direct had he not passed away. Christopher Nolan, the closest thing audiences have to a modern day Kubrick, references the late director every chance he gets, and if it wasn’t for Kubrick’s influence, we wouldn’t have modern classics such as Inception and Interstellar. 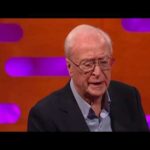 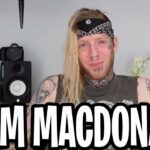