Previous Next
Sponsored by

How much is Gigi Hadid worth?

Gigi Hadid is a supermodel who initially became famous when she was hired as an angel by Victoria’s Secret. Since then she has become one of the most influential people in the world with over 72 million followers on Instagram. Becoming one of the highest paid supermodels of all time.

Though some people argue that she was born into wealth and fame, as her family are arguably as famous as she is, Gigi has become a savvy businesswoman in her own right. She’s currently working with several fashion brands and working as a social influencer. As well as appearing in movies and music videos, not to mention various other engagements. In 2020, she gave birth to Khai Hadid Malik who is daughter to Zayn Malik. Gigi is sisters to Bella Hadid.

American model Gigi Hadid has an estimated net worth of $25 million dollars, as of 2022. Gigi was named International Model of the Year by the British Fashion Council, in 2016.

Gigi first became known for modeling in 2013, and since then, she has been the cover model for vogue over 35 times. She has modeled on catwalks for some of the most sought after designers, including Tommy Hilfiger, Versace, Chanel, Marc Jacobs, and Fendi to name a few. In 2015 she officially became a Victoria’s Secret Angel, which is the most exclusive modeling gig in the world. And with modeling, came many appearances in music videos and on TV.

Most notably, she featured on Celebrity Master Chef, as she has a penchant for cooking. The model also starred in the music video for Taylor Swift’s hit single, “Bad Blood”, which now has over an incredible 1.4 billion views.

With a family tree that you could arguably call a money tree, Gigi comes from a long line of famous celebrities, TV personalities, record producers and real estate developers. Her mother, Yolanda Hadid, was the first of the family to become a model, and in her later years she became a “real housewife” making $500,000 per season.

Her father, Mohammed Hadid, is a real estate mogul who is worth hundreds of millions, and has built dozens of hotels and mansions in Bel Air. And Gigi’s step father, David Foster, is a music producer whose songwriting credits include songs by Christina Aguilera, Michael Jackson, Whitney Houston, and many more. Foster, also, has an estimated net worth of over $100 hundred million.

Given her modeling resume and long list of fame and wealthy family members, that’s not all that Gigi is known for. She is a hot commodity in the fashion world and walks for the world’s greatest designers, there are eyes on her everywhere she goes. She made major headlines on gossip websites several times over for who she has been photographed with. In her earlier years, in the early 2010s, Hadid sparked up a relationship with the Australian singer Cody Simpson, and in 2019 she was snapped with Tyler Cameron.

But most famously, she has been in an off-again, on-again relationship with former One Direction singer, Zayn Malik. In the latest Zayn and Gigi have split up. “It’s a tense situation,” a source close to the Hadid family told E! News.

Gigi has earned her net worth from the countless modeling gigs and appearances she’s made over the last decade. Signed as a Victoria’s Secret model transformed her into more than just a beautiful heiress and into Helena herself. We estimate her highest earning fiscal year to date was in 2018, in that year she earned an estimated $8 million dollars. However, that wasn’t all from modeling designer panties. Gigi signed several lucrative endorsement deals, including Vogue Eyewear, Evian water, and BMW Motors, as well. The model also has her own makeup collection with Maybelline, including pallets and matte lipsticks.

Naturally Gigi has received some criticism along the way, perhaps because of jealousy of her success (and earnings). From what we can gather, some models have claimed that she has more help from her family than she gives credit. Fellow models Kendall Jenner and Cara Delevingne have picked up similar comments. All three of these models were born into hugely wealthy families and I don’t think their peers let them forget that. Maybe it’s true the family connections and influence don’t get enough of the credit in models like Gigi’s success, as if these beauties did it “all by themselves”.

But the truth is nobody invests time, money and energy into a person unless they see the value in return. It’s hard (sometimes impossible) getting your family behind you and that is irregardless of what economic class a person belongs to. The fact that the Hadid family is behind Gigi is only saying that she managed to triumph that battle, as well.

Hadid is speculated to be heir to several multi million dollar companies, including real estate and record companies, which naturally are worth much more than she has made from modeling. The reality is though does one model for money, or for lifestyle? If I were to guess and from what we can see from her promotions and behind the scenes on YouTube. Gigi lives and breaths health and beauty and so that is almost certain the reason she does it and the key to her success.

Gigi became so successful due to her uniquely beautiful looks and worth ethic to keep in shape, combined with ambition to be someone in the world. With a Dutch mother and a Palestinian father we did not know of such beauty until it was upon us. Showbiz is honored with her presence her smokey blue-green eyes sun-kissed skin and glorious long blonde hair, not to mention her coy glances. Some claim that she does not even need makeup as she is naturally radiant, of course to earn one must also conform because makeup products are some of the hottest selling items online.

Of course Gigi could not get to where she is today alone.

Hadid is the oldest of two daughters, Bella and herself, who are both well known in the fashion industry and are massively in-demand by every designer, not just because of their good looks, but because of the influence they have in society. However let’s not forget that their mother is Yolanda Hadid, a Dutch-American television personality and former model. And their father is Mohamed Hadid a Jordanian-American real estate developer; we can only imagine their influence and the formative experiences they provided for the upcoming stars.

The modeling industry nowadays is 24-7 365, almost everyone is enamored by who are the current stars, who are they with and what parties are they attending. Gigi Hadid has been globetrotting all over the world walking catwalks, engaging in cover shoots and making every woman jealous and every man’s eyes pop out of their sockets. Of course banking millions in the process. 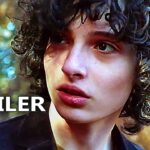 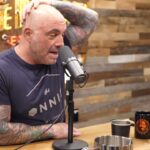