How much is Mike Tyson worth?

A lot can happen in slightly over 21 years. Children become adults, saplings grow into trees, but only one person has been able to win the world heavyweight title in that amount of time. That man is known to some as “The Baddest Man on the Planet,” but to the rest of the world, he is known as Mike Tyson, the heavyweight champion of the world at age 21.

American former professional boxer Mike Tyson has an estimated net worth of $8 million dollars, as of 2023. Tyson is considered one of the best heavyweight boxers of all time.

Mike Tyson started his boxing career purely by chance. He was discovered in a detention center by a former boxer, who recognized his talents. This fateful set of events happened when we was only 13 years old and would form a defining moment that shaped his Tyson’s career and legacy. He would start his ascension into the world of boxing, and fame, by winning gold medals as an amateur in the Junior Olympic Games in 1981 and 1982.

Three years later, he would startle the boxing world when he won his first professional match by TKO in the first round. This began his winning streak and a string of first-round victories that would lead him to the world stage where he gained his notoriety. His fame and infamy were sealed and set in stone when he won the world heavyweight title from Trevor Berbick in 1986, one year after his debut into professional boxing.

Eventually, in 1988, he would win a boxing match again Michael Spinks in only 91 seconds. This jaw-dropping show of dominance would be what many consider to be the most famous point of his career. Tyson was at the height of his fame, and his bizarre antics would prove to be a factor in his ability to remain in the limelight. Larger than life personality traits would keep him relevant and play into his fame and performances.

Tyson started building the most significant part of his fortune during what many consider to be his “comeback” period. This period was in the late 90s, and it included a number of prolific boxing matches. The first would be his famous match with Holyfield, where he earning $30 million from that one fight alone.

Later the next year, he would set a pay-per-view earnings record by grossing more than $63 million in the United States, and $96 million worldwide. He would eventually earn enough to land himself a spot in the top 20 of the highest-paid athletes of all time.

In 2003, after his retirement, the extravagant spending he indulged in and a hefty divorce settlement that would eat away his fortune. Tyson would later lose another sizable portion of his wealth due to unpaid taxes to the tune of $17.4 million. When all was said and done, Tyson lost almost all of his money and was forced to declare bankruptcy.

Keeping with the tradition of being a world-class fighter, he eventually found ways to earn back portions of his wealth. Proving his versatility, he would go on to earn money through a cameo as himself in the movie ‘The Hangover,’ in addition to a role in an Adult Swim show.

Tyson was able to achieve success by intimidating his opponents with his raw power and tenacity. He also had excellent accuracy, timing and coordination. His success in the ring became inevitable when all of these attributes were paired with his exceptional defensive skills and an overpowering state of consciousness.

There were also supporting characters along the way that enabled him to reach the level of success that he attained. Cus D’Amato was introduced to Tyson by his counselor, who recognized the fighter’s skill while he was in the juvenile detention center. Unfortunately, D’Amato would pass away just before ever seeing Tyson in his peak. Many think that this was a critical factor in the issues that plagued Tyson later in his career. If you watch the Joe Rogan podcast featuring Mike Tyson you’ll learn that D’Amato was a full on coach, even employing strategies like hypnosis Tyson claims to give him the best mindset to win in the ring.

With a little help from his, at least then, friend, Don King. Mike Tyson made one of the biggest boxing comebacks of all time after leaving prison. He then lost it all again, but even now, Iron Mike is working on new projects. For example, according to Cheat Sheet, Mike Tyson is building a 420-Acre resort for cannabis lovers. Some estimate that he’s even earning $1 million per month from his endeavors. 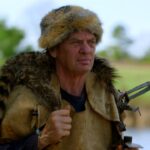 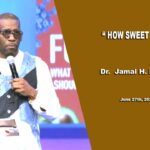