How much is Chris Rock worth?

Chris Rock is a stand-up comedian and professional actor who has climbed the industry ladder without skipping a single rung. After becoming successful in his stand up, he moved on to Saturday Night Live, working alongside SNL greats such as Adam Sandler, Rob Schneider, and David Spade, then scored supporting roles in moderately successful Kevin Smith comedies, and finally, became the movie star and comedian that we know him as. Chris has won four Emmy Awards and three Grammy Awards and was voted the fifth-greatest stand-up comedian in a poll conducted by Comedy Central.

Along his journey, Rock has earned multimillion dollar paychecks by taking part in billion dollar franchises and creating one of the most lucrative TV shows currently in syndication today.

American comedian, actor, television producer, and filmmaker Chris Rock has an estimated net worth of $70 million dollars, as of 2022. Rock really made his mark as a comedic talent on Saturday Night Live in the early 1990s.

Though he dropped out of high school and worked menial jobs at fast food restaurants including McDonald’s, Rock grafted late nights and became a phenomenon on the stand-up circuit. After six long years of testing jokes on the stage, he was recruited by the coveted and long running live comedy show, Saturday Night Live, in 1990.

As there was a crossover of Rock, Adam Sandler, Chris Farley, Rob Schneider, and David Spade all working on the show at the same time, a bond between them was formed and the five became known as the “Bad Boys of SNL”.With the success of Rock’s sketches on the show, he struck when the iron was hot and released several stand-up specials on HBO, between 1994 and 2008.

In the 2000s, Rock’s brand grew exponentially, scoring lead roles and working with Sandler in a bunch of movies like The Longest Yard, a comedy remake of the classic Burt Reynolds film, Grown Ups, which was so successful it went on to spawn a sequel. Then there was You Don’t Mess With The Zohan, one of the more outlandish Sandler vehicles, but it was the basket in the form of television where Rock put most of his eggs, and it paid off massively.

Parodying the title of Everybody Loves Raymond, Rock created, produced, and narrated Everybody Hates Chris, which was based on the comedian’s life growing up as a black kid in America in the early 1980s. The show was critically acclaimed and starred major actors including Terry Crews. The comedian famously earned $47 million in 2009 alone thanks to signing a lucrative syndication deal for Everybody Hates Chris and a sold-out stand up tour. Eight years later, the actor finally beat the $47 million figure by earning $57 million in 2017.

That year, Rock changed the world of comedy by inking a deal with Netflix that earned him $20 million per stand-up special. This opened up the floodgates and after the unprecedented deal, Netflix went on to pay many other comedians tens of millions of dollars, most notably Dave Chappelle.

Most of rock’s salaries for his movies are undisclosed. However, it doesn’t take much investigation to figure out that he makes millions per role. The Madagascar series features four movies including the spin-off, Penguins of Madagascar, and has grossed over $1.5 billion. Rock played Marty the Zebra in three of the movies, with each one being more successful than the last, culminating with Madagascar 3: Europe’s Most Wanted, grossing $746.9 million alone.

The three movies Rock did great with critics and on review sites as well as were extremely financially lucrative. Money talks, which is why it strange as to why a fourth proper entry of the series has yet to be green lit. It’s safe to assume that being an irreplaceable voice actor, Rock earns a salary of millions and likely gets a percentage of the take home profit.

What makes Chris Rock so endearing more than anything is his ecstatic voice and the delivery of his dialogue in movies is animated in itself. The way he yells his lines in such a hilarious way has helped him score a tone of roles in animated movies, not just the Madagascar series, but also in Bee Movie, the Jerry Seinfeld helmed animated movie, and Osmosis Jones. His energetic voice hasn’t just afforded him roles in animated films, but also in live action such as voicing a robot in the Steven Spielberg directed AI: Artificial Intelligence, and voicing none other than a guinea pig in the 1998 remake of Dr. Doolittle.

Rock’s distinct hosting style has gotten him a lot of work including hosting the Academy Awards not once, but twice, and the two shows can teach valuable lessons in hosting as he set a precedent each time. His first time hosting was The 77th Academy Awards in 2005, which is seen as paving the way for Ricky Gervais’ hugely controversial and antagonistic style of hosting the Golden Globes, as Rock severely roasted the celebrities in such a way that hadn’t been done before.

The ceremony had gotten an average of 42 million views on the night, exposing Rock to anybody who didn’t already know who the comedian was. Rock returned 11 years later to once again host at the 88th Academy Awards, and this time he took a more political approach, often mentioning throughout the ceremony the lack of award nominations for minorities. He closed out the show with the last words, “black lives matter.”

With an outrageous voice and a contagious laugh, Chris Rock has yelled his way through countless animated movies. The comedian is sitting on a fortune of an estimated $70 million and that’s likely to increase exponentially in the coming years. As Rock’s deal with Netflix included two stand up specials, we still have one more to look forward to. It has also been announced that he will be appearing in I Am Maurice, but there still hasn’t been a release date yet. 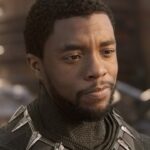 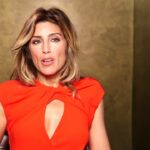