How much is Justin Chambers worth?

“Every year, I resolve to take good care of myself and stay in shape.” Justin Chambers

Justin Chambers, whose full name is Justin Willman Chambers, is an American actor and former model and singer. He studied acting at the HB Studio in New York and then became acting professionally in the late 1990s. In addition to acting, he was also a model that represented luxurious brands such as Armani, Calvin Klein, Versace, and Dolce and Gabbana among many others. He then focused on acting and found international success with his role in Grey’s Anatomy.

American actor and former model Justin Chambers has an estimated net worth of $35 million dollars, as of 2023. Chambers was approached by a modeling scout in Paris kick-starting his career before finding his ideal role as Alex Karev, in Grey’s Anatomy.

Justin first gained national popularity when he joined the soap opera Another World. He was born on July 11, 1970, in Springfield, Ohio. Both of his parents, John and Pamela, were deputy sheriffs. He has a fraternal twin brother, Jason, and two older sisters, Mia and Susan. When he was growing up, Justin was first interested in working as a dentist, however, he changed his mind and decided to pursue a career in acting.

Shortly after he graduated from the Southeastern High School, he moved to New York to pursue an acting career, where he joined Ron Stetson Studios and HB Studios. In the early 1990s, while on the Metro, he was discovered by a modeling scout who offered him to star in a fragrance range for Calvin Klein. Immediately after that, Chambers received opportunities in both Japan, Europe, and the United States. He began posing for some of the most popular brands – Calvin Klein, Versace, Armani, and Dolce and Gabbana.

Joining the cast of Grey’s Anatomy helped Chambers become rich and also opened a lot of doors for him. Long before that, after he quit modeling and focused his attention on acting, Justin began auditioning for roles on television. In 1995, he landed a role in the soap opera Another World, which marked his television debut.

Thanks to his performance, the following year, he was asked to join the likes of New York Undercover, and Swift Justice. Concurrently with these, he also got a role in the television movie Harvest of Fire. From all of these acting roles, he was able to earn an estimated net worth of less than $500 thousand. However, these early appearances helped earn him a line in the credits and an opportunity for him to be seen by casting agents, filmmakers and directors.

In 1997, Justin starred in the television Western movie Rose Hill. The following year, he finally got a regular role in the CBS soap opera Four Corners. Unfortunately, the primetime television drama was short-lived and was renewed for only five episodes. In the final year of the century, besides the role in the television film Seasons of Love, the actor made his film debut.

Prior to his 15-year work with Grey’s Anatomy, in 2003 Justin took part in the CBS police drama Cold Case where he played in three episodes. In 2005, after overcoming thousands in the audition, Chambers was selected to join the cast of the ABC medical drama.

“‘Grey’s Anatomy’ has given me a lot of security, especially as my kids have grown older. Plus, for the last eight years, I didn’t have to get on a plane and go to do a job out of town or in another part of the world,” Chambers has said on about his role on the show.

He joined the show from seasons 1 to 16, and his character was one of the main that appeared in over 340 episodes. In 2009, he even reprised his role in the short-lived spin-off Private Practice.

Thanks to the show, which continuously has millions of viewers, the actor gained national coverage and earned himself multiple awards and nominations. He received nominations for four People’s Choice Awards, three Prism Awards, and two Screen Actors Guild. Besides a Satellite Award, thanks to his acting skills, he was able to win at least one Screen Actors Guild, Prism, and People’s Choice Awards. After spending more than 15 years on the ABC hit series, after his exit, Chamber announced that he’s planning to star in a lot more television series and films.

As many already are well aware, the majority of Justin Chambers wealth has been earned from his role as Alex Karev, in Grey’s Anatomy. In fact, outside of the show, Chambers has appeared in only 26 acting roles, and generally not in lead roles. It is estimated that from the roles that he has appeared in, he has earned perhaps $4 million considering his celebrity. That includes his latest role of Marlon Brando in The Offer.

It took ten years into his professional acting career before he had his break, but when he did, it was bigger than he could probably ever have imagined. For his role in Grey’s Anatomy, he has earned a substantial sum. In the first two seasons it is unclear how much exactly Chambers was being paid. It is public that his pay per episode increased to $125,000 per episode after the end of season two and from season three.

“It has become customary for the original casts of hit shows to renegotiate their contracts and receive raises after two seasons,” Reuters, who reported the figure, has said on this. It has also been reported that Chambers earned $375,000 per episode for the last two seasons that he was on the show.

In total, with 46 episodes in seasons fifteen and sixteen. If it is to be believed that the $375,000 per episode figure is accurate, Chambers therefore earned $17.25 million from those two seasons. For the 281 episodes that he appeared in between seasons two and the start of season fifteen, at a rate of $125,000 per episode. He would have earned $35.13 million. It is likely that he was paid only about $750,000 for his role in the first two seasons. He was a new actor, after all.

In total, Justin Chambers earnings from Grey’s Anatomy ought to be close to $53.13 million. Therefore in total, his career earnings have been an estimated $57.13 million after counting in his other appearances. A lot of that money will have been paid in tax, in fact Chambers has likely paid an effective tax rate of around 48%, even after it is likely that a firm will have legally optimized his obligations.

His average yearly earnings have been about $2.12 million dollars over the last 27 years (1995-2022), that equals a lot of money to pay in tax. What is more, the majority of his earnings would have been around 2017-2020, meaning that his federal tax rate would round to 37%. Plus, considering Grey’s Anatomy primarily films in Los Angeles, it seems that he will have had to pay California tax as well. The highest state tax in the country.

In total, and after taxation, it seems that Chambers career earnings are $29.71 million, having paid $27.42 million in taxes.

Justin Chambers married Keisha Chambers in 1993 and they remain together and have five children. In his personal life, Chambers has seemed of balanced demeanor despite his sleep disorder that caused him to only get about 2 hours of sleep in 2008. Never mind that, it seems likely that he has mostly kept his accounts in order, paid his taxes on time, he has not found himself in any legal trouble. He exercises regularly and practices hot yoga.

He will have incurred some management and agent fees, however likely far less than most considering he has earned the majority of his wealth from Grey’s Anatomy. There will have been other costs including family and living expenses, some financial losses but likely quite some more gains. Considering the years that he earned his wealth it is likely that he has earned quite some profit from his investments, considering the S&P 500’s growth since 2020. He will have had some miscellaneous payments, and so on. Still, overall, it looks like Justin Chambers may have about a $35 million dollars net worth.

Justin Chambers first started his career as a model, however, he soon transitioned into an actor. In his early career, he starred in numerous television movies and series, with his first role being in the soap opera Another World. In the early years of the new century, after two roles in successful comedy films, Chambers landed a role in Grey’s Anatomy, where he spent nearly two decades. Now, after his work for the show, he has received not only fame but a lot of wealth as well. 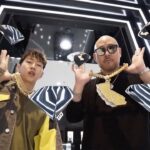 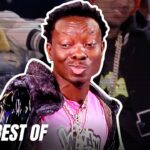