How much is Joaquin Phoenix worth?

Two Golden Globe Awards, an Academy Award, a Grammy Award, and many other nominations/awards. Joaquin Phoenix has been acting for over 30 years and has been successful in other aspects of film, such as producing. Before all the blockbuster performances and awards, Phoenix was born in San Juan, Puerto Rico as Joaquin Rafael Bottom.

His parents were serving as missionaries at the time of his birth, and as children the family moved a lot through Central and South America. This is where they adopted the surname “Phoenix” to celebrate their new beginnings, and by the time Joaquin was age six they settled in Los Angeles area. The family found an agent to represent all 5 children, they grew up as strict vegans so any work that related to meat, dairy, or animal products weren’t allowed.

American actor, environmentalist, animal rights activist, and producer Joaquin Phoenix has an estimated net worth of $40 million dollars, as of 2023. Phoenix came in at No. 12 on the list of the 25 Greatest Actors of the 21st Century by The New York Times, in 2020.

They were allowed to act however and practice acting, Joaquin recounted that “there are kids who get on a BMX bike when they’re eight years old and they go, ‘Whoa, this is incredible,’ and grow up to do extreme sports. It’s the same for me with acting.”

Beginning in the early 1980s, Phoenix began working as an actor with minor parts on TV shows and guest appearances. In 1989 Phoenix got his big break as an actor in Ron Howard’s Parenthood, which became a blockbuster, and Phoenix got nominated for “Young Artist Award for Best Leading Youth Actor in a Feature Film. After this, though, Phoenix retired from acting to travel to Mexico and South America with his father.

By 1995, Phoenix returned to acting and was cast in To Die For which became a critical success. In 2000, Phoenix hit super-stardom. He played Commodus in Gladiator, which grossed $460.5 million worldwide, won’t the Academy Award for Best Picture, and Phoenix being nominated for multiple awards for Best Supporting Actor.

The year 2000, can be deemed the year that established Phoenix as one of the best actors in the world. The world was shocked and enamored by his portrayal of Commodus opposite his sister Lucille, played by Connie Nielsen, and with his enemy Maximus ever vexing him, played by Russell Crowe.

Originally in Phoenix’s career he didn’t make much money if any at all. But in 2000 he started making 6 figures to 9 figures for his roles. It has been reported that he earned $3.5 million for playing Johnny Cash in Walk the Line.

Phoenix and director Todd Phillips both took lower salaries for back-end points. The speculation is that they took a deal that rewards them with a percentage of profits, if it became profitable. Phoenix is a massive supporter of multiple charitable organizations like Amnesty International and PETA.

According to The Independent Phoenix has been vegan since he was three years old, and has produced a new documentary, Gunda, on pig sentience. The story goes that the Oscar-winning actor decided to go vegan at the age of three, after he and his siblings “witnessed fish being killed in a really violent and aggressive way”. “It was just absolutely obvious that that was something we didn’t want to participate in and support,” he has said.

Few actors reach the level of success that Phoenix has. What makes somebody like Phoenix so successful? The style of acting Phoenix engages in is called “Method Acting” which is when an actor will aspire to fully inhabit the role of the character they are portraying.

Many people believe this acting style has helped lead Phoenix to his success, as we know him to do some crazy wild things to prepare for a role. For his role in Ladder 49 he enrolled in the Baltimore Fire Academy to learn the profession, he graduated and rode with Crew 10.

He also acted crazy for 18-months until the film came out he tricked everyone that he was losing. Ben Affleck said that he wanted audiences to experience the film full narrative. “I think the day that I become comfortable doing interviews and going on talk shows is the day that I don’t know what it is to be a human being anymore,” he has said.

Phoenix has also carried a sword around all the time, gained extreme weight, lost extreme weight, spent months practicing how to be quadriplegic, changed his singing voice, spent months at a rock’n roll boot camp, and so many other things. Many people believe this level of commitment to embodying the characters he plays separates him from other actors.

Joaquin Rafael Bottom would grow up and become world famous as Joaquin Phoenix. After decades of hard work becoming recognized as one of the best actors of his generation. He has played monumental roles in multiple movies, has awards to show for it, does tons of philanthropy, and has showed many actors what it takes to be a great method actor. Phoenix is only 45 years old and should have plenty of work still to come. 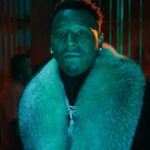 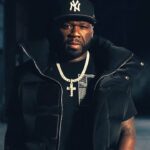