How much is Chris Hemsworth worth?

Who Is Chris Hemsworth

Chris Hemsworth is an Australian actor best known for his portrayal of the Asgardian god Thor in eight of the Marvel Cinematic Universe (MCU) films. He was born in Melbourne in 1983, and spent much of his childhood both there, and in the Outback in Bulman, Northern Territory.

Chris has two brothers. His elder brother is Luke Hemsworth and his younger brother is Liam Hemsworth. Like Chris, they are both actors. Chris Hemsworth is worth $130 million in 2020, making him the richest of the three brothers.

How Did Chris Hemsworth Get So Rich?

His fortune is mostly derived from the high salary he receives for each film he makes, and he always seems to be working on a film!

For each of the last two Avenger’s films, Chris received $15 million. He received the same salary for Thor: Ragnarok, and $10 million for the second Huntsman movie. These are high salaries, even by Hollywood standards. He also has a second income string from modelling and appearing in TV commercials. He is currently the face of Hugo Boss.

Chris Hemsworth has an impressive record of tv and movie successes. His first role in Australia was as King Arthur in the TV series Guinevere Jones. He also appeared in an episode of Neighbours, and played Kim Hyde in another soap opera Home and Away. Both of these soap operas were sold to overseas TV stations and so Chris’s name came to the attention of wider audiences.

In 2009, Chris was cast as James T Kirk’s father in the J. J. Abrams Star Trek movie. Although he was only on screen for about five minutes, his performance received praise from critics. In the same year Chris played Kale in A Perfect Getaway and again earned compliments for his interpretation of the role. In 2010, Chris moved to the US and within a few weeks was cast in Ca$h with Sean Bean. Once more, he received praise for his performance. Chris was making waves in the movie industry, and this was due in no small way to his enthusiasm, his talent, and to the fact that he is a good looking guy!

In 2011, just one year after arriving in the US, Chris landed the role for which he is best known – Thor. Thor is usually described as a superhero, although he is actually a god from the world of Asgard, and as such his powers are immense. Not all gods are heroes, and the viewer of these Marvel films only has to look to Loki, Thor’s adopted brother, to find a god who is certainly not a hero. Loki, too has god-like powers and clashes with Thor on a number of occasions. The role of Thor is played in these films by Tom Hiddleston, who, ironically, had been considered for the part of Thor. The first film is titled Thor and was an immensely successful film, gaining critical acclaim and a very healthy financial return.

2012 saw the first ensemble Marvel Cinematic Universe film, and Chris again played Thor. This film was The Avengers and featured a string of respected actors playing the various superhero roles. Robert Downey Jr, Chris Evans, Mark Ruffalo, Scarlett Johansson and Jeremy Renner feature in all the Avengers films along with Chris. Robert Downey Jr‘s Iron Man and Chris Evan’s Captain America also have movies of their own. Later Tom Holland‘s Spiderman and Paul Rudd‘s Antman join the fray, as does Chadwick Boseman‘s Black Panther. These superheroes also star in their own movies. Together, these movies either starring individual superheroes, or those that are ensemble pieces, form the Marvel Cinematic Universe, which is an enormously successful franchise initially overseen by the late Stan Lee.

2012 also saw the release of a film that Chris had made in 2009, but which had been held back for three years. This was The Cabin in the Woods a horror film that was also a critical success. Chris again earned praise for his portrayal of Curt Vaughan. Chris’s third film of 2012 was Snow White and the Huntsman co-starring Kristen Stewart. Chris had not finished with 2012, as he also had a role in the remake of Red Dawn. However, even Chris’s golden touch could not prevent this movie from bombing at the box office.

In 2013, Chris appeared as racing driver James Hunt in Rush. He then followed this with the second Thor movie Thor: The Dark World. Critics praised the chemistry in this movie between Chris and Tom Hiddleston. Next came a thriller Blackhat and the next Avengers movie Avengers: Age of Ultron. A comedy movie Vacation and the seafaring saga The Heart of the Sea appeared in 2015.

From 2016 onwards, Chris has continued his busy movie-making schedule. He played the Hunstman for a second time in The Huntsman: Winter’s War. He then took a comic role in Ghostbusters playing the new receptionist Kevin. He appeared as Thor again in Thor: Ragnarok, and then in the next two Avengers movies Avengers: Infinity War and Avengers: Endgame. He also stepped outside the MCU to appear in another successful film franchise, namely Men in Black: International. Most recently he starred in a Netflix production Extraction, which broke Netflix’s viewing record. And there is more to come. Filming of Thor: Love and Thunder was due to start in August of 2020, but may be delayed due to the Covid-19 pandemic.

Chris Hemsworth has enjoyed incredible success as an actor. Having appeared in a long list of movies, it is clear that hard work is at the core of his success. He maintains a punishing schedule, traveling the world to film, putting on weight and dropping it again for various parts and also finding time to attend Comic Cons and other events. He produces fitness videos that appear on social media, too. Part of his success must be his devotion to maintaining a enviable physique. He has the natural advantage of being a good-looking guy into the bargain. Staying in shape and maintaining a grooming regime demands determination and dedication. It helps, of course, that he has talent as an actor. The critical praise he has received over the years shows that he is very good at his job.

Chris has in the past spoken about opportunities. Sometimes, he feels, you create your own opportunities by the work you do Once you have put in that work, don’t let them go to waste by allowing the opportunities to pass by. Being in the right place at the right time is not just luck. You can make those chances occur by using your talent, knowledge and skills. Success will come once you know how to recognize opportunities.

Chris Hemsworth is a talented actor, a naturally good looking guy and a hard worker. He has made the most of the advantages that he has been given. We all need to be aware of what the world offers us, and make those advantages work in our favor. 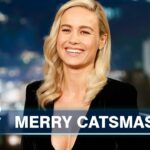 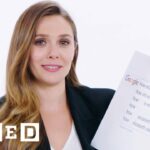