How much is Lady Gaga worth?

Her debut album, The Fame, blasted onto the scene in the summer of 2008 spawning megahits like “Just Dance” and “Poker Face.” She’s since cemented herself as a permanent fixture on the pop scene thanks to more hit singles and her wild, can’t-stop-staring-at-her style.

Who Is Lady Gaga

It didn’t take long for Lady Gaga to cement her place among the ranks of pop star royalty thanks to her catchy brand of danceable music and unique style. Almost as soon as she hit the scene in 2008, she was drawing comparisons to the King and Queen of pop, Michael Jackson and Madonna — definitely no small feat.

But all this comes as no surprise to anyone who grew up with her — least of all herself — who knew from the start that she was destined for stardom.

Gaga was born Stefani Joanne Angelina Germanotta in New York City, the daughter of Italian American parents Joseph Germanotta, an Internet entrepreneur, and Cynthia Bissett, a telecom assistant. Music was part of her life from the very beginning, and she dropped out of NYU’s Tisch School of the Arts her sophomore year to carve out a place for herself in the pop world. She started off as a fixture in the Lower East Side burlesque and drag scene, where she experimented with drugs and her image. But the hard-partying lifestyle was short lived. As soon as her career began to take shape, she kicked her habit to the curb to focus all her attention on taking over the airwaves with her music — a mission she promptly accomplished.

The origin of her alter ego, Lady Gaga, is a topic of dispute. Her former producer and boyfriend, Rob Fusari, claims credit, saying it was born when an auto-corrected text message he sent her reading “Radio GaGa” (referring to the Queen track) was changed to “Lady Gaga.” A former collaborator claims it simply came about during a marketing meeting. Either way, she took the new image and mutated it into the half-naked, bubble dress-wearing, blood-soaked spectacle she is now.

The Best Poker Face In Town

Her breakthrough came in 2008, thanks, in some part, to celebrity blogger Perez Hilton, who endorsed her on his website and first drew the comparison to Madonna. The publicity brought with it a huge gay fanbase, whose support she credits with her success. She landed a deal with Interscope and her successful stint as a songwriter for other artists culminated in the release of her own album, The Fame, which received rave reviews, topped the charts in several countries and produced three hit singles — ‘Just Dance,’ ‘Poker Face’ and ‘Paparazzi.’ It also won her a slew of awards, including two Grammys for Best Electronic/Dance Album and Best Dance Recording (‘Poker Face’), an MTV VMA for Best New Artist and two People’s Choice Awards for Favorite Pop Artist and Favorite Breakout Artist.

She released her second album, The Fame Monster, in 2009, which spawned three more hits to add to her growing collection. ‘Bad Romance,’ ‘Telephone’ and ‘Alejandro’ became permanent fixtures on every radio station and came with outrageous and controversial music videos to match. And although we weren’t sure it was possible, Gaga broke the boundaries ten fold with the release of her 2011 single, ‘Born This Way.’

Whether you love her or hate her, it’s impossible to deny that you can’t look away. Her videos have over one billion Internet views, she has made headlines for every rumor imaginable, including being bisexual (true), a hermaphrodite (false) and (gasp!) celibate. She is an outspoken proponent for gay rights, and was chosen as one of Barbara Walters’s 10 Most Fascinating People of 2009 and one of Time’s 100 Most Influential People in the World in 2010.

There are a lot of factors that made Lady Gaga the success that she is today. Let us start chronologically. She was born into an open-minded family, full of love and support both for her and her musical talents. Her parents were with her through all her ups and downs. But, she also worked hard to fulfill all her musician ambitions and dreams. Even after she couldn’t get a lot of gigs and after a label dropped her, she persisted in her choices. She knew what kind of music she wanted to make, and she never let corporate ideas form her music.

That perseverance, as well as a family full of love, would lead her through her darkest hour. At the age of 19, she was raped and it left a deep scar on her creative soul. She was diagnosed with PTSD as well. But she kept on working towards her dream to be the next David Bowie or Madonna, her great influences in life and music. And she accomplished that, by creating one of-a-kind music that sold faster than almost any other artist in history.

How did Lady Gaga get so rich?

Lady Gaga had one of the greatest, most selling debut albums of all time. It was as if her whole life was leading up to it. The album’s title was “Fame” and it truly made her globally famous. The two singles from the record “Poker Face” and “Just Dance” were number one hits all around the globe, from Austria to Australia, From Brooklyn to Brazil and Belize. Poker Face alone sold around 10 million copies in its first year of distribution. Another three songs from the album were realized as singles, but only the song “Paparazzi” would peak as the number one song in a few countries, including Germany.

Following the album, she went on a worldwide tour called the Monster Ball Tour. The tour became the highest-grossing tour by a debut artist and it made close to $230 million dollars. Following the success of Fame, she released her second album Fame Monster. It was an even bigger success commercially. Together, those two albums alone have sold more than 15 million copies worldwide. Lady Gaga expanded her empire from music to other things as well. In collaboration with various firms, she has created her perfume line, her cosmetics, jewellery and clothing lines as well.

She also earned a lot of Guinness World Records for how fast and how successfully her music has sold. While her songs and albums were still selling in the millions, the critics didn’t let up however and often had very critical things to say about her lyrics and her image. Some say that’s why she shifted her music later in her career, and she also started to work on her acting career as well. The full extent of her acting career was shown in the movie A Star is Born, which earned her an Oscar nomination. She also starred in the hit TV anthology series American Horror Story. The role of a hotel owner in that show earned her a Golden Globe nomination.

Before her big break, Lady Gaga worked all over. While she was working on her music, she would also do a lot of voice work for audiobooks, especially books for little children. Her first successful band was named SGBand, and it got quite big in the New York scene. Soon she met producer Rob Fusari who would become her manager for a while. He promised her a long successful career and got her to sign with Def Jam records, but the label dropped her after just three months.

To regain some artistic freedom following the split with her label which wanted her to be their carefully crafted product, she performed in a variety of neo-burlesque shows. There she met artist Lady Starlight. Together they would create one of the best neo-burlesque shows on the planet, which got so popular that she was even invited to perform at Lollapalooza music festival. With Lady Starlight, Gaga would create her future onstage and public persona. On the side, she still continued working on her music. She was into avant-garde electric for most of her young adult life. But, after a while, she let her influences, David Bowie and Queen, creep into her arts, which resulted in a more pop and rock-oriented sound.

Gaga’s big break was the release of her album “Fame”; with hit single from the album “Poker Face” being heard almost everywhere suddenly she was a world famous star.

From a unique kid that the majority of people saw as just an average weirdo with a big dream, Lady Gaga has become a global musical icon. She shows that perseverance, combined with creative genius and a keen business sense, you can build an artistic and commercial empire. None the less, Lady Gaga is a person whose musical talents have changed the world and affected the lives and hearts of millions all around the world. And while she was on the top of the music world, she returned to her other love, her other passion, acting, where she showed the world that she could be an as great actor, as she is a singer. 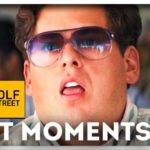 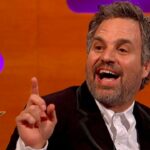