How much is Madonna worth?

“I have the same goal I’ve had ever since I was a girl. I want to rule the world.” — Madonna

Pop star, brand, empire, joke, icon, lunatic, sex symbol, adored, reviled—there isn’t a label in the world that hasn’t been thrown at Madonna over the course of her three-decade-plus career. Her achievements (she’s the most successful female recording artist of all time according to the Guinness Book of World Records) have been peppered with more sex, scandal and controversy than a daytime soap, but it doesn’t change the fact that everything she touches turns to gold.

As of 2021, Madonna has an estimated net worth over $880 million dollars! And with or without her signature leotards Madonna is set to enchant fans for the years to come.

It all started in Bay City, Michigan, where she was born Madonna Louise Ciccone, one of six children, to Madonna Louise and Silvio Anthony Ciccone. When she was just five, her mother died of breast cancer, an experience that had a profound effect on her. She was studious and hardworking as a child, but started to act out when her father remarried. Despite her wild behavior, she still managed to get straight As and land a dance scholarship to the University of Michigan.

Madonna dropped everything in 1977 to move to New York and try her hand at a professional dancing career. She was broke, but got by with dance jobs, waitressing and nude modeling until her then-boyfriend Dan Gilroy introduced her to someone who ran a vaudeville revue in Paris. She spent time in France working at one of these revues where she fell in love with singing. Back in New York, she put together some tracks, including her first hit “Everybody,” and got the attention of producer Mark Kamins. Kamins introduced her to Sire Records where she landed a record deal, and her career was born.

Her self-titled, full-length debut hit stores in the summer of 1983, and gave birth to classic 80s hits “Holiday,” “Borderline” and “Lucky Star.” But it was her style that was really grabbing everyone’s attention. Soon girls everywhere were rocking her signature headband, fishnets, lace gloves and cross necklaces and singing “Holiday” into their hairbrushes.

She found even more success with her second album, Like a Virgin, which went platinum within a month. Its title track created arguably the most infamous performance in MTV Video Music Awards history when Madonna, wearing a wedding dress, slithered around the stage as she sang. It was a performance she reprised with Britney Spears and Christina Aguilera at the 2003 VMAs, this time stirring controversy via a lesbian kiss she shared with each of them at the end.

Her notoriety skyrocketed from there. The star’s blatant sexuality offended the more conservative 80s generation. She had a very public marriage to (and messy divorce from) Hollywood bad boy Sean Penn. Christian groups, including the pope himself, demanded that she be banned for her use of religious imagery in her style and her music videos. But they were no match for the hurricane that was Madonna. By the 90s she was even more popular than ever, with four multiplatinum albums, four Grammy nominations, nine VMAs and five Billboard Music Awards under her belt.

In 1992, the attention-hungry diva started to branch out to other mediums. She had already starred in films like Who’s That Girl and Dick Tracy, and she continued her side acting gig with A League of Their Own and Body of Evidence, but first gained critical attention starring in the musical Evita in 1996. She also founded her own label, Maverick Records, and published a coffee table book, Sex, featuring provocative photos of herself, which sold out in three days. By the turn of the millennium, she was a full-blown jack of all trades—actress, bestselling author, entrepreneur and even a mom, giving birth to her first daughter, Lourdes, with personal trainer Carlos Leon in 1996. She converted to Kabbalah, a form of Jewish mysticism, soon after.

From Fishnets To Family

In 2000, she married director Guy Ritchie and her rebellious image took a turn. They had two children—Rocco was born in 2000, and they adopted David Banda from Malawi in 2005—during their eight-year marriage. During this time, she moved to England, settled into the life of a wife and mother and even authored several successful children’s books. But she still couldn’t skirt controversy, hitting the tabloids for her questionable tactics when she adopted David, and again when she adopted a daughter, Mercy James, from Malawi in 2008. That year, she was also splashed all over the tabloids for her divorce from Guy Ritchie, her subsequent relationship with Yankees third baseman Alex Rodriguez and her romance with much-younger Brazilian model Jesus Luz.

But her career still rages on. She broke her own record for highest selling tour of all time by a solo artist with the 2008 Sticky & Sweet Tour. She released her third greatest hits album, Celebration, in 2009, and the following year announced plans to direct a film. In her storied career, Madonna has managed to do everything from offend the pope to write bestselling children’s books, but we’re pretty sure she still has some tricks up her sleeve.

Madonna’s success comes first and foremost from her indisputable talent in songwriting and dancing, owing much to her early training in dance. However, it’s also in large part the steely control and perfection for every detail of her work that she demanded that has catapulted her to the revered status she commands today. Ever since her first album, she had wanted a hand in producing it, and from her second studio album onwards, Madonna learned very quickly and became the producer of her future albums.

Very early on, Madonna was a new kind of performing artist that the world had not yet seen prior to the moment she was launched onto the world stage with her Like A Virgin album. No recording and performance artist had used their concert tours to promote their albums as effectively as Madonna. Madonna’s concerts were not just a visual feast complete with elaborate set changes, they were much like a circus production, with a myriad of performances taking place at every corner of the stage. One could say her concerts became a separate product by themselves, altogether. One didn’t need to know or like her music to enjoy the spectacular show she puts on every time. She also knows how to stay relevant throughout the years, reinventing her stage persona. Her fans talk about her stage persona as comprising of different eras, her Like A Virgin era, her Material Girl era to her Mystic Madge era.

Madonna was also a star who knew how to drive collaterals of her main product, music, to such frenzy that her coffee table book Sex which contained explicit images sold 1.5 million copies within days of its release, while at the same time kicking up huge controversies that several countries banned the book from sale. In a word, she is a marketing juggernaut.

Not only has she captured the music world with her songs and concert tours, she has proven herself to be a serious actress with the films she has starred in, like winning a Golden Globe for Best Actress as Eva Peron, and also the ones she has produced and directed. If anyone were to think that she’s only capable of mainstream pop entertainment, they would be wrong, because this plucky lady is also a producer of documentaries like I Am Because We Are, an insight into Malawians orphans wh are afflicted with AIDs.

How did Madonna get so rich?

Throughout her booming career Madonna has amassed an enormous net worth of $880 million dollars. This vast fortune is thanks to her scintillating and commercially successful music career, acting career, as well as her ventures in business and entrepreneurship.

Madonna is the holder of many records having to do with commercial musical success. Guinness World Records certified her as the best selling female recording artist of all time, having sold more than 300 million records worldwide, and Billboard reports that she is the most successful solo artist in Billboard Hot 100 history. Madonna is also the highest grossing solo touring artist of all time, with an accumulated $1.4 billion dollars earned from her concert ticket sales.

Madonna is also a savvy businesswoman, having been involved in the establishment of several companies. She co-founded an entertainment company, called Maverick, before she left in 2004 following a lawsuit. She founded Hard Candy Fitness, a chain of fitness centers, in partnership with her manager Guy Oseary and Mark Mastrov, who is the founder and CEO of 24 Hour Fitness. She also released her own fragrance, called Truth or Dare by Madonna.

What’s more, her acting career is often missed entirely from her record, even though she has starred in successful movies such as Evita and Desperately Seeking Susan. Madonna’s film career may not have been met with all positive reviews, they have, however, certainly bolstered her career and crossed sold her music.

Though critics can’t seem to decide whether Madonna is a noteworthy actress or not, it is clear that her careers in music, film, and business have helped her net worth grow into the tremendous fortune she has today. Thanks to her massively successful career in the music industry and her exceptional commercial success in album sales and touring, as well as her various business ventures, Madonna is one of the richest entertainers in our world today.

Madonna has released 14 studio albums, performed in 11 concert tours, and 17 films and directed 2 films in the span of her career.

Why is she so, so famous?

From her catchy dance tunes, iconic dress sense, the often controversial images she depicted in her music videos and concert tours, like being attracted to a black Jesus Christ to bringing to the mainstream Voguing, the dance style of the underground cross-dressing African American community in 80s New York, Madonna’s music and music videos are the staple of all clubs from the 80s to 2000s in almost every club around the world. Often known for her stunts like kissing Britney Spears on stage Madonna often pushes the envelope especially if she feels she needs to start reinventing her image.

Madonna has also become an international fashion icon for girls, women, and even men. Thanks to her complete distinctiveness from other artists, as well as her musical talent, Madonna has become one of the best known and influential entertainers of all time.

Though she started out as a dance student, Madonna branched out to vocals and songwriting, which allowed her to begin a fast-growing music career. She quickly became famous, her sense of style and image as a performer becoming hugely iconic, and is now internationally known. Thanks to her distinctiveness and originality, as well as her undeniable talent, Madonna has been able to achieve insane levels of fame and wealth. In the recent past, she has collaborated with up and coming superstars like Maluma in singles which have helped launch this Latin singer. 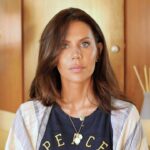 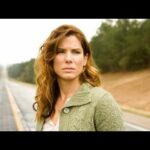