How much is Bobby Brown worth?

Known as “The King of New Jack Swing” Bobby Brown is one of the pioneers of the R&B / hip-hop based music genre which originated from Janet Jackson‘s third studio album, Control in 1986. Brown frequently collaborated with Teddy Riley in the production of this innovative approach to music. From 1981 to 1985, he was a member of the R&B group New Edition, and subsequently enjoyed great success as a solo performer. However, owing to an excessive lifestyle, including allegedly “spending $1 million dollars in a day” as a rising young star, Brown has suffered from financial difficulties in his later life.

American singer, songwriter, rapper, dancer and actor Bobby Brown has an estimated net worth of $2 million dollars, as of 2023. Brown is noted as a pioneer of new jack swing: a fusion of hip hop and R&B, along with Teddy Riley.

Bobby Brown began his career in music when he was just 12 years old. Along with Ricky Bell, Ralph Tresvant, Michael Bivins and Ronnie DeVoe, he founded New Edition in 1981. They signed with Streetwise Records and their debut album Candy Girl soon followed. The single of the title track made the R&B Top Twenty. Their second album New Edition attracted much more attention and the group became a sensation.

Two more albums followed, with Bobby Brown performing on both, but he left the band in 1986. Bobby had already been offered a record deal with MCA as a solo performer and he signed immediately with them. His first solo album King of Stage was not a huge success, and Bobby stepped back in order to prepare his second album.

The result was the supremely successful album Don’t Be Cruel, which turned out to be the most successful of all the albums he released. It included a number one hit single My Prerogative, which became one of his best known songs. In 1989, he was awarded a Grammy for “Best Male R&B Vocal Performance” and he also received American Music Awards, namely the “Soul Train Music Award” and the “People’s Choice Award”.

In 1989, he was given a cameo role in the film Ghostbusters II and two of his songs were included on the soundtrack album. A worldwide tour followed, which lasted into 1991, although there was controversy over some of his onstage antics. In 1990 Bobby had featured on the single “She Ain’t Worth It” by Glenn Medeiros. This roared to number one, giving Bobby his second chart-topper. He also collaborated with his old New Edition bandmate Ralph Tresvant on the single “Stone Cold Gentleman” which was a major R&B hit.

The New Jack Swing era was fading by the early 1990s, but Bobby nevertheless released the album Bobby in 1992. Several singles from the album were chart hits, and Bobby received his second Grammy for “Best Male R&B Vocal Performance”. However, the album did not achieve the sales that his earlier albums had done.

It has been suggested that this was because Bobby took a break from the music business and so had not promoted the album as he normally would have done. The break was due to his recent marriage to Whitney Houston and the birth of their daughter Bobbi.

Brown’s fourth album came in 1997 and was titled Forever. Most of the tracks on the album were written and produced by Bobby himself, and the album suffered from “indifferent promotion”. Following this, Bobby withdrew largely from performing and appeared only occasionally, guesting on other singers’ albums. A proposed link with the rapper Tupac Shakur came to nothing after Tupac died.

A planned book on which he collaborated was held back as some of the material in it referred to Whitney Houston and the book was published only after her death in 2012. Throughout his solo career, Bobby had collaborated on occasion with New Edition. In 1996, a full reunion resulted in the release of Home Again. This was followed by a tour, but problems arose within the band, as Bobby was at this stage suffering from addiction problems. The group separated again. While another reunion was rumored, nothing constructive happened until the death of Michael Jackson. As a tribute to the late singer, New Edition reformed to perform a selection of Jackson 5 songs.

Another full reunion came about as a result of the success of the Michael Jackson tribute and the group continue to perform together. Bobby Brown’s movie and TV career also continued. He appeared in further films, including Panther and A Thin Line Between Love and Hate. His TV reality show Being Bobby Brown was, however, a critical disaster. The show was attacked for its poor taste and was considered to be a train-wreck of a show. It’s very awfulness, however, drew viewers, and it became a top rating show for the TV station Bravo. It only aired for one series, as Whitney Houston refused to appear again. She had appeared in the one series only out of love for her husband. The couple divorced soon after this debacle.

Bobby Brown started his music career at a very young age. As a 12 year old he knew that music was to be his route through life, and he made sure he got the start he needed by founding New Edition with his friends. They were talented youngsters and enjoyed early success. Bobby has been quoted as saying “I’m staying focused and clear about what I want in life, and I’m going to get it.” This sums up Bobby’s attitude to life, and the advice he has given to others.

Success came early in life for Bobby and he achieved it by using his talent and working hard to maintain the quality of his work. He has had problems to overcome, but has not been afraid to try new approaches and new ventures.

Bobby Brown is a great example of a person who has recognized his talent early and developed it throughout his career. He has not apologized for any mistakes he has made. They have been taken on board and used as lessons from which to learn. 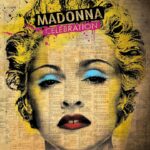 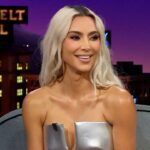